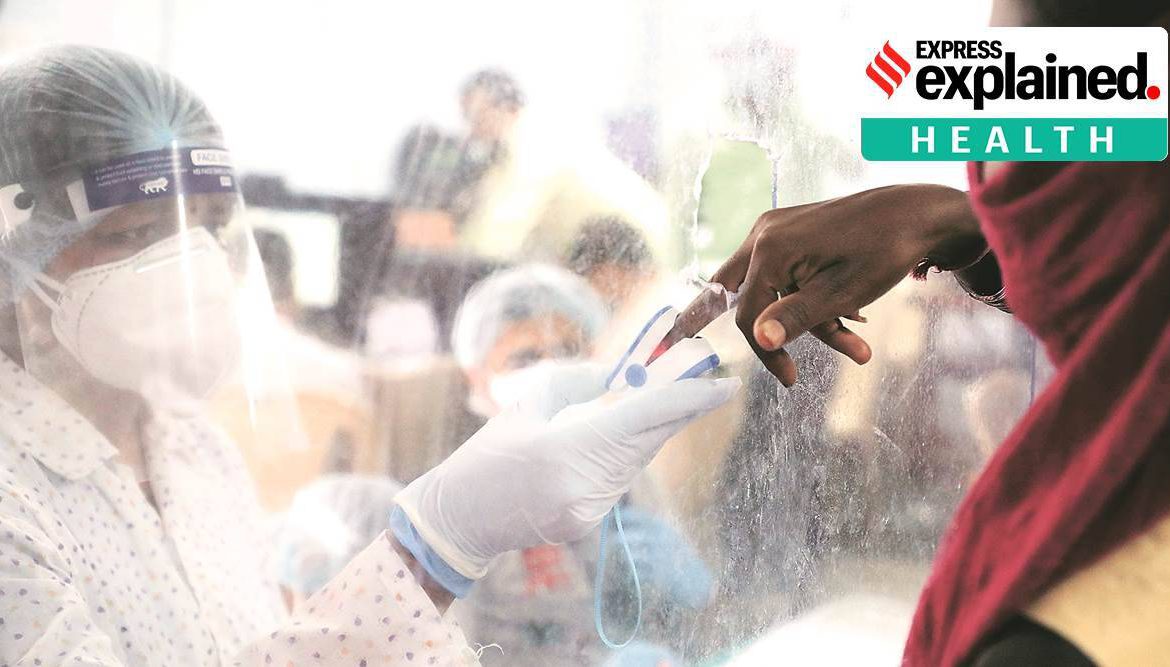 On Monday, the number of confirmed cases of novel coronavirus infection in Pune reached the two-lakh mark. The infection count in Pune (2.03 lakh) is not just more than any other city, including Delhi (1.93 lakh) or Mumbai (1.57 lakh), but is even more than every state except the five with the highest caseload.

Pune has a substantially lower population than either Delhi or Mumbai, the two cities with the second and third highest number of confirmed cases, and it is less densely packed as well. Both Mumbai and Delhi have a higher number of migrants, a far higher number of international travellers coming in, and much more economic activity.(Follow Covid-19 LIVE UPDATES here)

The emergence of Pune as the city with the highest number of cases is somewhat intriguing, although not entirely a surprise since it was always among the five worst affected cities.

One reason often cited Pune’s high count is that the city has been carrying out many more tests. While it is true that Pune right now is conducting more tests than any other city in Maharashtra, including Mumbai, the number of tests in Delhi is even higher.

Scientists, health officials and officials have flagged several other things that could have contributed to Pune’s rise as the worst affected city.

GREATER SPREAD: A recent serological survey in Pune revealed that in some of the surveyed areas, more than 50% to 60% of the population had already been infected although most of these had not been detected. Similar surveys in other cities, Delhi, Mumbai, Chennai, Ahmedabad, have shown far lower degree of disease spread. Delhi, for example, has been found to have a disease prevalence of about 29%, and Mumbai 40% in some areas.

This could mean that Pune has a far higher proportion of its population already infected. As testing increases, more and more of these are getting detected. And that could be because Pune was one of the earliest cities to report a coronavirus infection.

LESS EFFECTIVE ISOLATION MEASURES: Pune had reported the first infection in Maharashtra, way back on March 9. Most of the earliest cases in the state were concentrated in Mumbai and Pune. While Mumbai raced ahead at one stage, as it was receiving large number of international travellers, Pune was also adding up numbers at a fast pace. But, experts now point out, contact tracing and isolation did not happen as effectively in Pune as it did in Mumbai.

Dr Subhash Salunke, chairman of the state technical committee on prevention of communicable diseases, said while Pune, like Mumbai and Delhi, has a huge inflow of people from other areas, what is unique to Pune is its close linkages with the rural areas. “There are people making two to three trips to the city every day from nearby rural areas. Contact tracing becomes a slightly difficult exercise in such a setting, especially when these areas are under the domain of multiple civic authorities,” he said.

Mumbai, for example, had prepared several large makeshift hospitals, equipped with oxygenated beds and ventilators, by May and June. That not only helped in dealing with the shortage of hospital beds, but also provided specialised care and served as isolation centres. Pune got its first such facility towards the end of August, and that too is plagued with problems.

Mahesh Zagade, former Pune Municipal Commissioner who is remembered for his role in containing the H1N1 outbreak in Pune, said the city administration was reactive in the present epidemic. “There certainly has been some amount of administrative mismanagement. Covid-19 requires a preventive strategy. But the administration in Pune was handling it like a curative disease, which it is not. Pune was always fire-fighting and not thinking ahead,” Zagade said.

HIGHER TESTING: On an average, testing in Pune has of late been between 13,500 and 14,500 samples every day, the highest in the state. And most of these are RT-PCR tests, which are more reliable than the rapid antigen tests which account for a majority of tests in other places, including Delhi.

Also in Explained| At what stage are under-trial vaccine candidates in India?

“The scaled up testing has increased our numbers, no doubt. But that should not be a concern because it leads to an early identification and isolation of infected persons, and that helps in the long run. It also helps in keeping the mortality under check,” said a civic officer.

Some scientists also point out that Pune has been following a more transparent process in reporting its numbers. Dibyendu Nandi, a professor at IISER Kolkata who has been working with Pune authorities in data analysis, said the city had much “cleaner” data than many other cities. “So what you see from Pune are a very good reflection of the actual situation. That is not true of many other cities. The numbers that you see there are not a good representation of what might be happening,” he said.

“If the authorities had strictly implemented the lockdown for 14 days, then the spread of the infection could have been checked. The current situation indicates that enforcement was not up to the mark,” Zagade said.

A decision was taken on a Rs 500 fine for those not wearing a mask or spitting in public. However, there was not much by way of implementation. The fine has now been increased to Rs 1,000, with police empowered to penalise citizens not wearing a mask.

What is the way ahead?

Scientists like L S Shashidhara, a professor at IISER Pune and Ashoka University in Haryana, said the situation in Pune is likely to start improving. “The daily growth rate of cases has been going down. And there are already indications that by the end of this month, we will start seeing a decline in the cases being reported,” he said.

Meanwhile, Delhi is going through another turnaround. Delhi’s daily new detections have begun to rise steadily and are now almost at par with what Pune has been reporting. If it continues to rise in the same fashion, there is every possibility that Pune might lose its not-so-glorious number one position.

Don't Miss it Covid-19: How you handle this Labor Day will help steer the course of the pandemic, doctors say
Up Next Lecturers fear coronavirus 'disaster' ahead of university return- BBC News