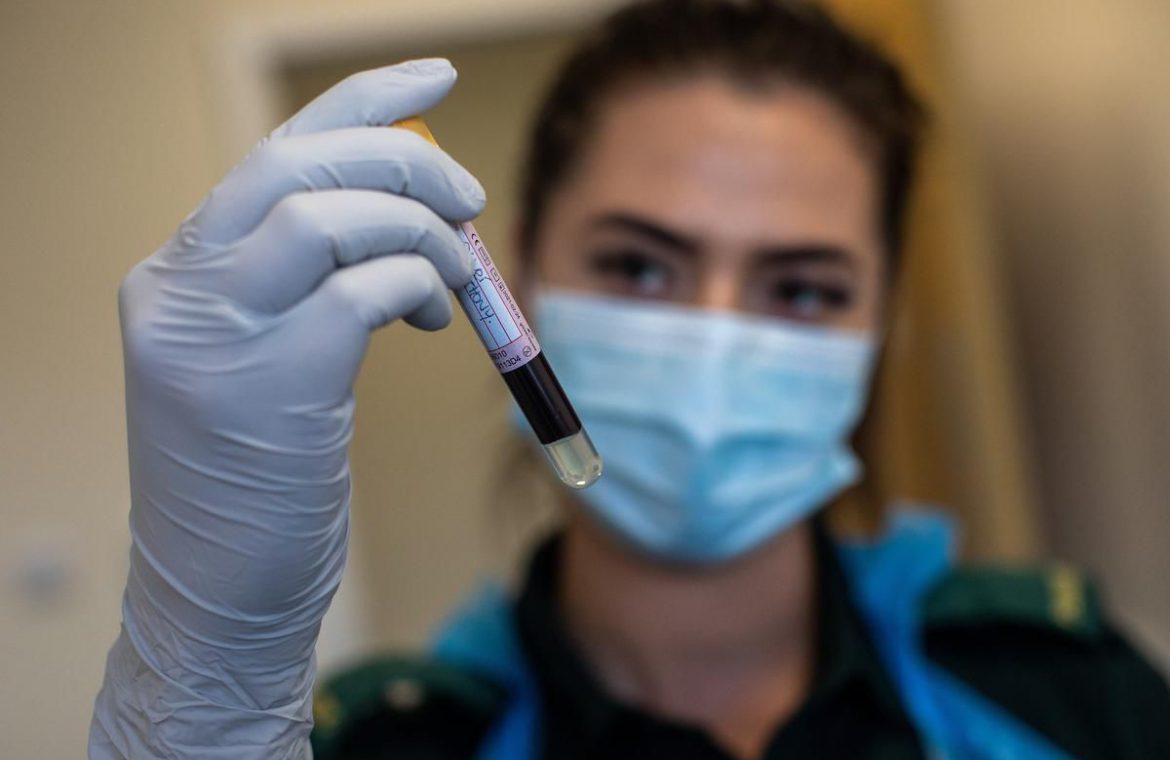 The province has decided who will be eligible to get a COVID-19 antibody test through OHIP, laying out limited circumstances for its use beyond research.

So if you are hoping to see if that cough you had back in February was actually caused by the coronovirus, you’re out of luck.

The antibody test, sometimes also known as a serology/blood test, can determine whether a person was infected in the past. It will be available and covered by the Ontario health plan for children with a rare inflammatory syndrome, hospitalized patients with suspected COVID weeks after symptoms appeared, and people with neurological disorders, who all keep testing negative for the active disease.

“There is an immediate clinical need to provide serology testing to a specific set of pediatric patients and in a limited set of persons with severe illness, with negative per tests, where serology would aid in clinical and public health action,” said ministry spokesperson David Jensen in an email.

This approach is “based on the most up-to date evidence,” he said, and “may evolve over time as more information becomes available.

The antibody blood tests are distinct from COVID-19 testing that’s been widely available in Ontario since May. Polymerase chain reaction or PCR tests — the nasal swab testing offered in hospitals, assessment clinics and pop-up centres — picks up if a person has an active COVID-19 infection.

An antibody test determines if a person has developed antibodies to the virus in their blood, an indication that they had it in the past. These kinds of test were central to the controversial idea of “immunity passports,” touted earlier in the pandemic as a way for people who have already had the disease to get back to work, school or travel.

But a positive antibody test does not mean immunity, cautions Dr. Prabhat Jha, the director of global health research at St. Michael’s Hospital in Toronto, who is leading a cross-country study looking at the prevalence of antibodies in the Canadian population and if they fade over time.

The science is still emerging on this critical question.

The antibody tests “might help explain” for example, lingering symptoms, and offer some “peace of mind,” for patients, said Jha.

“The bad news is they still just tell you that you’ve been exposed and nothing more,” he said. “They’re far from being used in any way in immunity passports.”

Ontario will make antibody tests available to children suspected to have Multisystem Inflammatory Syndrome, a condition that can sometimes show up after COVID infection, who have tested negative for COVID-19, Jensen said.

The syndrome causes inflammation of different parts of the body and can impact the heart, lungs and brain. Symptoms can include a fever, gut pain, and rash.

The testing will also be available for hospitalized patients with suspected COVID, at least three weeks after symptoms started and who’ve had two negative COVID tests, as well people with neurological illness “compatible with COVID-19,” including Guillain-Barré syndrome, a disorder where the body’s immune system attacks its nerves, who have also had two negative COVID tests.

A doctor’s diagnosis will determine whether the test is done, Jensen said. Asked about the rationale for not making the tests more widely available, he said due to “significant gaps in our understanding of the COVID-19 immune response, serology testing currently has very limited clinical value for individual patients.”

Although OHIP won’t cover antibody tests for people who never got sick but are curious to see if they had COVID-19, Jensen added they can obtain them from private clinics such as Medcan.

The private executive health-care clinic has been offering Abbott’s IgG Health Canada approved antibody test, a plan first revealed by the Star in June , to clients since the summer, said spokesperson Bronwen Evans. It costs almost $300.

“Results can help identify to individuals if they have been previously exposed to COVID-19,” she said in an email.

The clinic has put in place written and verbal steps to make sure “clients don’t misinterpret their results or assume they are immune to COVID-19,” she added.

There are currently seven antibody tests approved in Canada. There are several ongoing studies using them.

Dr. Jha’s team is also looking at ways to examine how T-cells, a kind of white blood cell, impact immunity.

The good news is that the antibody tests have “gotten a lot better” then they were at the beginning of the pandemic, through technical improvements that make them more accurate, he said.

But the science on immunity continues to evolve.

There have now been a couple of reports of people who appear to have caught COVID-19 twice.

In August, according to an article in the journal Clinical Infectious Diseases, a 33-year-old Hong Kong man who had the virus in March was found to be positive again after he was screened at the airport returning from a holiday in Spain without any symptoms. Researchers compared the genetic sequences of the virus he had in spring versus the one he had in the summer and found differences indicating it was a different strain.

Just a few days later, a report published online from the University of Nevada, Reno School of Medicine described the case of a Nevada man infected a second time with a different strain and worse symptoms.

But in Seattle, three fisherman with antibodies in their blood did not catch the virus again despite an outbreak onboard their ship, according to a study posted online that has not yet been published in a peer-reviewed journal, considered the gold standard in research.

A large Icelandic study found the antibodies from SARS-CoV-2 infection lasted at least four months, but it didn’t look at re-infection risk.

Jha called the results of the Icelandic study “reassuring,” and said people shouldn’t draw too many conclusions from reports on individual cases.

The bottom line is more research is needed.

For now, we’re “still a long way away” from being able to say “an antibody result tells you whether you’ve got any kind of immunity to re-infection,” he said.

Don't Miss it What explains surge in coronavirus numbers in India? | India News
Up Next What Is the Risk of Catching the Coronavirus on a Plane?