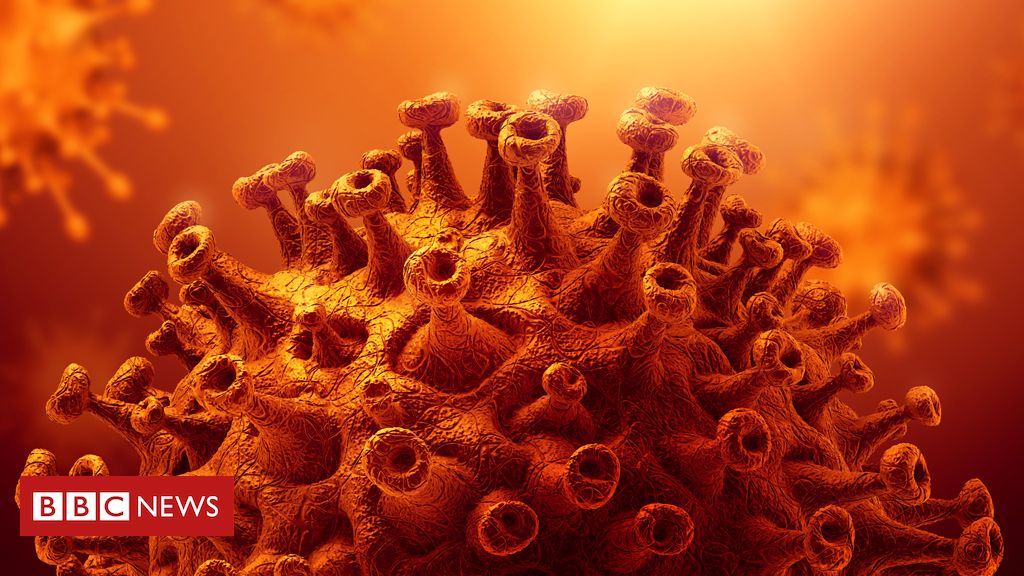 The reproduction number, or R value, for Covid-19 is now officially averaging above one across the UK once again – although it varies by region.

Scotland has the highest estimated value – between 1.1 and 1.5. But what does that mean?

The reproduction number is a way of rating coronavirus or any disease’s ability to spread.

It’s the number of people that one infected person will pass on a virus to, on average.

Measles has one of the highest numbers with an R number of 15 in populations without immunity.

That means, on average, one person will spread measles to 15 others.

Coronavirus – known officially as Sars-CoV-2 – has a reproduction number of about three if we take no action to stop it spreading.

One case of coronavirus can spread to many people

How is R calculated?

You can’t capture the moment people are infected. Instead, scientists work backwards.

Data – such as the number of people dying, admitted to hospital or testing positive for the virus over time – is used to estimate how easily the virus is spreading.

Why is a number above one dangerous?

If the reproduction number is higher than one, then the number of cases increases exponentially – it snowballs like debt on an unpaid credit card.

But if the number is lower the disease will eventually stop spreading, as not enough new people are being infected to sustain the outbreak.

If the R-value is above one then the number of cumulative cases takes off, but if it is below one then eventually the outbreak stops. The further below one, the faster that happens.

Governments everywhere want to force the reproduction number down from about three (the R number if we took no action) to below one.

What is the R number in the UK?

The reproduction number is not fixed. Instead, it changes as our behaviour changes or as immunity develops.

Mathematical modellers at Imperial College London attempted to track how the number changed as isolation, social distancing and the full lockdown were introduced in the spring.

Before any measures came in, the number was well above one and the conditions were ripe for a large outbreak. Successive restrictions brought it down, but it was not until full lockdown that it was driven below one.

On Friday 11 September, the government said the R number across the UK was estimated to be between 1.0 and 1.2.

UK government – the R number in the UKAre there regional differences?

Scotland is estimated to have the highest R number – between 1.1 and 1.5.

In England, the highest estimated R rates are in London and the North West – where they are between 1.1 and 1.3.

More than 1.6 million people are to be banned from mixing outside their households in the Birmingham area – because of a spike in cases. But the Midlands as a whole actually has the lowest rate in England, at 0.9 to 1.1.

Cases are rising, what should I do to stop the spread?
How many confirmed cases are there in your area?
What does R mean for tightening or easing lockdown?

The UK government said in the past that the R number was one of the most important factors in making policy decisions.

It then said estimates were less reliable and less useful because the number of cases was relatively low.

But with cases on the rise again, more attention will be paid to local and national R rates.

The aim will be to keep the reproduction number below one.

Is it the most important number?

The reproduction number is one of the big three.

Another is severity – some people have a very mild disease that does not cause many problems. But coronavirus and the disease it causes, Covid-19, can be severe and deadly.

What about a vaccine?

Having a vaccine is another way to bring down the reproduction number.

A coronavirus patient would naturally infect three others on average, but if a vaccine could protect two of them from infection, then the reproduction number would fall from three to one.