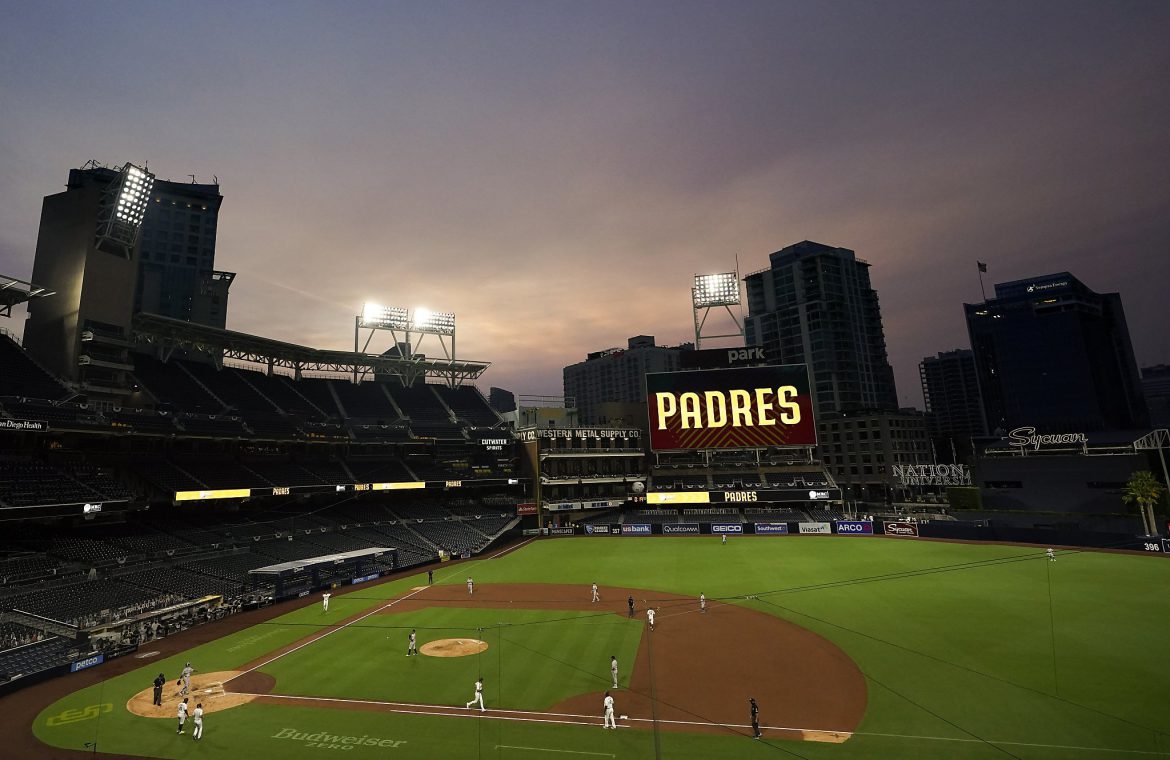 The Giants’ surprisingly successful season and their bid to reach the postseason for the first time in four years was thrown into what has become a familiar turmoil in baseball Friday when one of their players tested positive for the coronavirus.

Their games against the Padres on Friday and Saturday nights officially were postponed. Sunday’s game likely will be called off as well, as soon as Saturday, with no firm date for their return to the field.

Per protocol, neither the Giants nor Major League Baseball identified who had the positive test, the Giants saying only that it was a member of their organization. But a source who spoke on condition of anonymity because he was not authorized to speak publicly confirmed it was a player.

Friday’s game was called moments after it was to begin at 6:10 p.m. Starting pitchers Garrett Richards and Johnny Cueto were warming in the bullpen. Most players either were stretching on the field or in the dugout.

A Giants official said nobody from the team would comment until Saturday. The league issued a statement saying it postponed the Friday and Saturday games “out of an abundance of caution and to allow for additional testing and contact tracing to be conducted.”

Friday’s game was the 44th to be postponed in the majors due to positive coronavirus tests. Now, a series of protocols will follow to ensure the safety of both clubs and determine when they can play again.

If recent situations are a guide, the Giants’ best case would be a return in Seattle on Tuesday night. The minimum shutdown has been four days, based on advice from the Centers for Disease Control and Prevention.

That’s how long it can take for an infected person to test positive.

The A’s missed five days after reliever Daniel Mengden tested positive in Houston on Aug. 30 despite no other positive tests. The Reds sat for four days after a positive test in mid-August.

But more positive tests within the Giants could lead to a longer delay. The Cardinals idled for two weeks due to a series of positive tests.

One possible scenario for the Giants, if Friday’s positive proves to be the only one, is returning to San Diego on Thursday, a mutual off day, to make up two of the three lost games in a doubleheader, then play a third doubleheader on the season’s final weekend when the Padres visit San Francisco.

Players from both teams will be tested daily now. Contact tracing will begin to isolate which personnel had “close contact” with the infected player.

Major League Baseball defines that as anyone spending 15 minutes within 6 feet of an infected player — either at once or in separate contacts — being coughed on by an infected player, or having contact that could lead to an infection such as a gloveless handshake or hugs.

A’s relievers were isolated because they spent considerable time with Mengden. They returned to Oakland from Houston a day after the non-relievers.

The Giants were said to have a model system for ensuring player safety. Before the Aug. 31 trade deadline, starter Kevin Gausman said he was concerned he might be traded to a team with lesser protocols.

Friday night’s Giants broadcast began with scenes of conversations on the field among manager Gabe Kapler, general manager Scott Harris and the umpires. Broadcasters Mike Krukow and Duane Kuiper said they saw head athletic trainer Dave Groeschner emerge from the dugout to say something to Kapler.

Kapler stayed on the field to address his coaches. At about 7 p.m., players emerged from the dugout single file, presumably after they were informed of the positive test and the upcoming protocol, to leave Petco Park for their hotel, which is across the street.

Most were still in uniform.

Padres players met in the box seats behind their dugout.

Friday night’s game was to be the Giants’ 46th in a 60-game schedule and the second game of their final road trip, a nine-gamer.

They entered the day holding the eighth and final playoff seed in the National League, just behind the Marlins, who have worked overtime to make up the 13 games they missed due to positive coronavirus tests after their third game of the season.