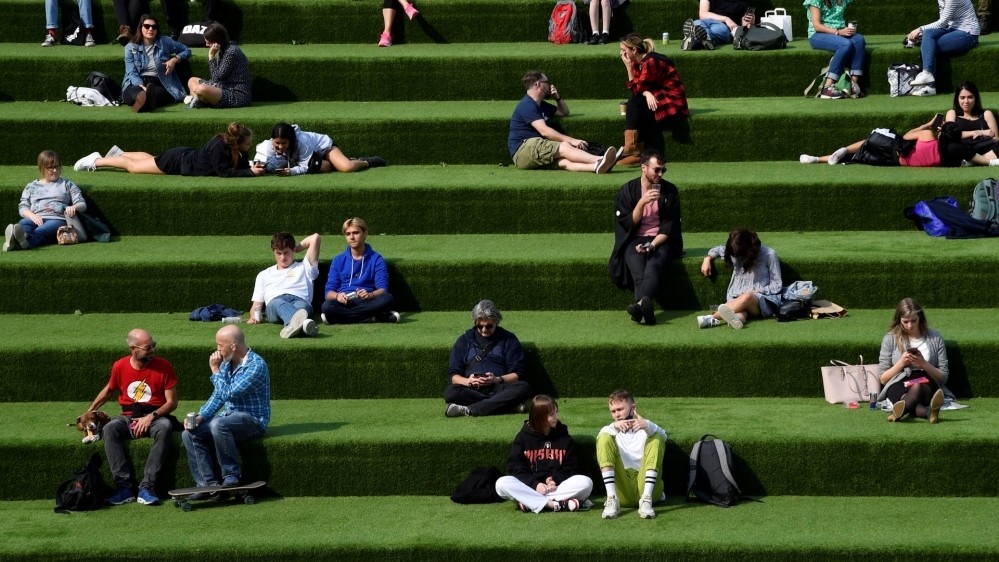 Hungarian Prime Minister Viktor Orban said his government was drafting a “war plan” to defend against the second wave of the coronavirus pandemic.


England’s coronavirus case count is doubling every seven to eight days, according to a new study, as Health Secretary Matt Hancock reminded the public “everyone has a role to play to keep the virus at bay”.


More than 28.3 million people around the world have been diagnosed with the coronavirus and more than 912,000 have died, according to Johns Hopkins University. Some 19 million people have recovered.

Canada reported zero COVID-19 deaths in the past 24 hours for the first time since March 15, according to public health agency data.


WHO COVID Debrief on mass gatherings (4:27)

Donald Trump’s administration has expelled about 8,800 unaccompanied migrant children intercepted at the US-Mexico border since March 20 under rules seeking to limit the spread of the new coronavirus in the United States, according to court documents.

The Justice Department filing to the 9th US Circuit Court of Appeals said the Trump administration had expelled 159,000 migrants overall, and 7,600 family units.

The border rules, implemented on March 21, scrap decades-old practices under laws meant to protect children from human trafficking and offer them a chance to seek asylum in a US immigration court.

The confirmed coronavirus death toll in Mexico has surpassed 70,000 after the government reported 534 new deaths in the past 24 hours.

Making matters worse, excess mortality data from mid-March through early August indicates that the total number of deaths beyond the official count is likely tens of thousands higher.

The United Nations General Assembly overwhelmingly approved a resolution on tackling COVID-19, calling for “intensified international cooperation and solidarity to contain, mitigate and overcome the pandemic”.

The resolution, adopted by a vote of 169-2, also urged member states “to enable all countries to have unhindered timely access to quality, safe, efficacious and affordable diagnosis, therapeutics, medicines and vaccines”.

The resolution, which is not legally binding was approved over objections from the United States and Israel, which protested a successful last-minute Cuban amendment that strongly urges countries to oppose unilateral economic, financial or trade sanctions.

A study of coronavirus infection in England showed that the epidemic is doubling every seven to eight days, with an increase in positive cases in all age groups below the age of 65.

The finding came in a study of over 150,000 volunteers, who were tested between August 22 and September 7, by Imperial College London and polling firm Ipsos MORI.

Health Secretary Matt Hancock said the pandemic is “not over, and everyone has a role to play to keep the virus at bay”.

Separately, the Scientific Advisory Group for Emergencies, which advises the UK government, said the virus’s reproduction rate is now between 1.0 and 1.2, meaning anyone with the virus is infecting, on average, a little more than one other.

For all the key developments from yesterday, September 11, go here.