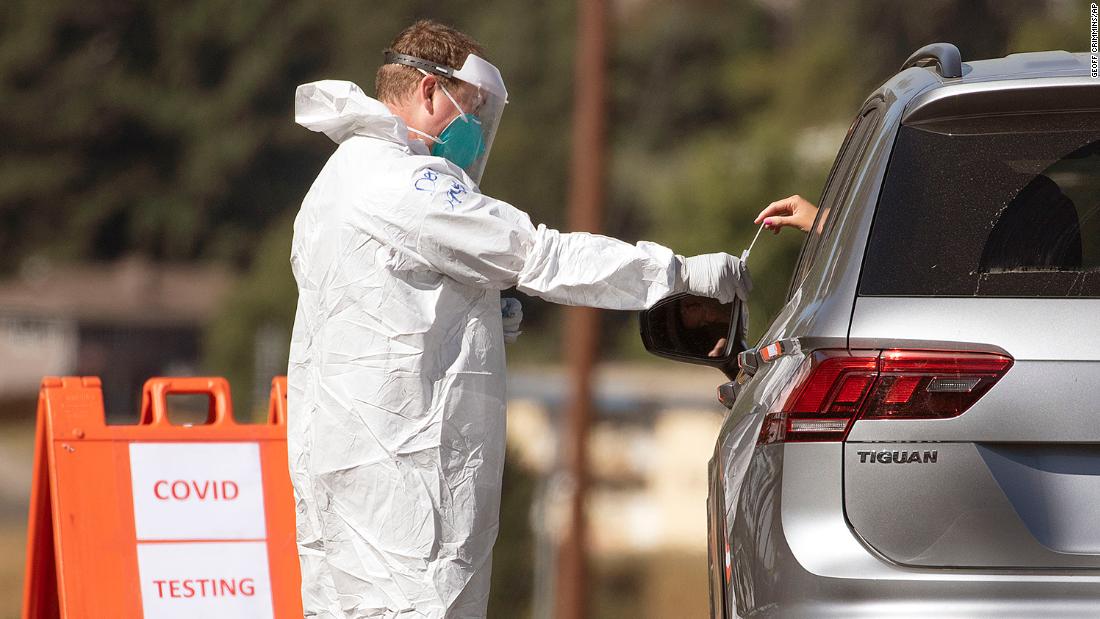 “Multiple studies have shown a correlation between higher levels of pollution in the air and greater spread and severity of Covid-19 cases,” said Dr. Brad Spellberg, chief medical officer of the Los Angeles County-USC Medical Center.

Smoke from wildfires can irritate the lungs and cause inflammation that can affect the immune system, said Dr. Rekha Murthy, an infectious disease specialist and vice president of medical affairs at Cedars-Sinai Hospital in Los Angeles. That inflammation can make people more at risk of lung infections.

“Whenever the lining of the lung or the airways become inflamed or damaged, it increases the potential for inhaled viral particles to take hold in the lungs and cause infection,” Murthy said.

To prevent the possible spread of coronavirus, those remaining indoors due to poor air quality should stay away from anyone who is not in their immediate household, said Dr. Leana Wen, a CNN medical analyst and ER physician.

More than 6.4 million infections have been recorded in the US and 193,016 people have died, according to Johns Hopkins University.

About 150,000 of those lives would have been saved if more Americans wore masks earlier on in the coronavirus pandemic, a health expert says.

“If the President had said from day one everyone is wearing a mask, we’d have about 45,000 deaths in this country,” said CNN medical analyst Dr. Jonathan Reiner, who’s a cardiologist and professor of medicine at George Washington University.

Reiner pointed to how Germany handled the pandemic.

He reiterated the importance of embracing masks.

More deaths predicted if people let their guards down

An influential model is predicting a catastrophic winter with a significant rise in coronavirus deaths.

A possible scenario sees 415,090 Covid-19 deaths by January, the Institute for Health Metrics and Evaluation (IHME) at the University of Washington says in its latest forecast. The worst-case scenario is 611,000 deaths by January 1.

“When we look ahead into the winter with seasonality kicking in, people becoming clearly less vigilant, you know mask use is down, mobility is up in the nation, you put all those together and we look like we’re going to have a very deadly December ahead of us in terms of toll of coronavirus,” IHME director Dr. Christopher Murray told CNN’s Anderson Cooper.

Despite the dire prediction, President Donald Trump says the US has done “really well” in fighting the virus.

Speaking with MSNBC’s Andrea Mitchell on Friday, Dr. Anthony Fauci said he does not agree with the President’s statements.

“We’re plateauing at around 40,000 cases a day, and the deaths of around 1,000,” said Fauci, the director of the National Institute of Allergy and Infectious Diseases.

He said test positivity is increasing in some regions of the country and people are spending more time indoors because of cooler weather.

“That’s not good for a respiratory-borne virus,” he said.

Fauci warned that the country needs to get the levels down lower “so that when you go into a more precarious situation, like the fall and the winter, you won’t have a situation where you really are at a disadvantage right from the very beginning.”

The US might not return to pre-coronavirus life until the end of next year, Fauci said. But he is cautiously optimistic the vaccine may be available by the end of the year.

Don't Miss it COVID-19 and kids’ health: Your questions answered
Up Next Levels of depression have doubled during coronavirus pandemic – BBC News