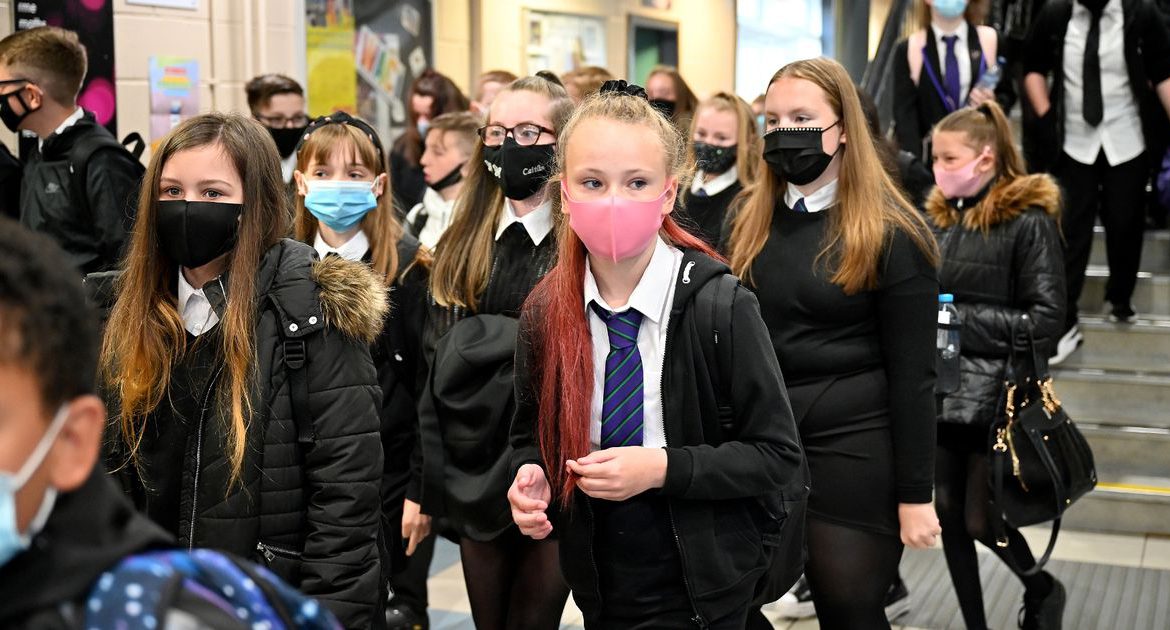 More than a dozen schools and nurseries in our region have been hit by coronavirus outbreaks since opening their doors to pupils.

Schools across the city were disrupted by the virus but began working on getting back to teaching following months away while the country was under lockdown.

Despite days and weeks of preparations and many pupils and staff enjoying a trouble-free return, it hasn’t been smooth sailing.

Some children have had to self-isolate after classmates or even teachers developed coronavirus.

In Liverpool, many schools have seen positive coronavirus cases with hundreds of pupils isolating.

During last week, a growing number of schools were forced to isolate pupils, teachers or even shut their doors again after positive coronavirus tests.

The rate of infection across the region has increased rapidly over the last week and on Friday, all boroughs across the region were added to the government’s watch list, meaning new restrictions could be enforced imminently.

Some schools have not had full scale outbreaks, because they have had numerous cases that are not linked to one another, but some have had to shut down because of a series of positive tests.

These are the 17 schools in the city that have confirmed they have had to deal with positive coronavirus tests.

The first school in Liverpool to confirm it had to send students home due to coronavirus, a total of 56 pupils and three staff members will now spend 14 days self isolating at home following the positive test.

Liverpool Council confirmed one pupil had tested positive, meaning their entire bubble had to isolate.

Half of all pupils at Sudley Junior School were sent home after it recorded two positive coronavirus cases.

On the school’s website, a message from headteacher Scott Connell states: “We have received news that a child in Year 3 and 5 has tested positive for Covid-19.

“Having taken advice from Public Health England and the Local Authority and in line with national guidance, the Y3 and Y5 bubbles will now be forced to close.

“This means that all Year 3 and 5 children must stay at home until Monday 21 September and self isolate.”

A member of “the school community” at Broad Square Primary School in Norris Green tested positive for coronavirus.

The news was confirmed in a letter to parents and carers on Saturday.

Written by headteacher Victoria Corbett and seen by the ECHO, the letter said: “We have been advised by Public Health England that there has been a confirmed case of Covid-19 within our school community.

“I would like to take time to reassure you that we have taken all necessary actions and since hearing this information to keep all children at our school as safe as possible.

“The children and staff in the bubble [are] now self-isolating for 14 days and the school has been cleaned appropriately.”

Pupils in Year 11 at Liverpool College will also isolate for two weeks after a positive coronavirus tests.

The entire GCSE cohort at the Mossley Hill school will now study remotely until their isolation ends.

School principal Hans van Mourik Broekman said: “I can confirm that a pupil in Year 11 has tested positive for Covid-19. As a result, and in line with public health advice, pupils in the ‘bubble’ affected (Year 11) are not attending school and are self-isolating at home for 14 days. Their teaching will continue via online platforms.”

Positive coronavirus tests among pupils and staff at these two schools were confirmed as part of a larger council announcement that five more schools were having to ask some kids to isolate.

The exact numbers at either school is not known but is believed to be similar to Sudley Juniors at around 30 students.

This school’s entire Year 5 were sent home after a staff member was found to have coronavirus.

They will now quarantine for 14 days, with the school saying the decision was taken as “a precaution”.

It is open for all other classes and says it remains “Covid secure.”

Unlike most of the other schools on this list, Aintree Davenhill has not had a positive test among staff or pupils.

However, the school wrote to parents after a “person in the vicinity” of the school tested positive.

The school told parents it would take advice on next steps from Public Health England.

Litherland Moss is one of the only schools to shut entirely this week.

Year Three pupils at Litherland Moss primary were instructed to self-isolate for 14 days on Tuesday after a positive coronavirus test.

However, on Thursday Litherland Moss closed its doors to all pupils.

A spokesman for the school said: “Over the last few days, we have had a small number of confirmed Covid-cases in our school.

“While the cases have happened in very different bubbles, meaning that it is unclear if the cases are linked, it is right that we do all that we can to minimise the risk to any other of our staff or children.

“As such, we have made the difficult decision to close the school for the rest of the week so that a full deep clean can be undertaken. Four bubbles of pupils have also been notified that they need to self-isolate in line with government guidance.

These two schools are part of a group in Wirral that have seen hundreds of pupils isolate.

After one Year 10 pupil tested positive for Covid-19 at Woodchurch High School, the whole year group has been told to self-isolate at home for 14 days. Other year groups are not affected.

Co-op Academy Bebington has had two staff members test positive for the virus.

Staff members who have been in contact with them are being told to isolate, but the school has decided that none of its students need to self-isolate after conducting an internal track and trace process.

Also in Wirral, fulls details about the extent of the isolations at each of these schools are not known.

However, a letter seen by the ECHO last week confirmed Year 2 children at Brackenwood Infant School would be required to self-isolate after clarification by Public Health England.

It is not known how many pupils are affected.

This pupil referral unit in Knowsley closed after an outbreak among staff.

Meadow Park School, in Stockbridge Village, closed “in line with government advice”, according to a notice on its website.

A Knowsley Council spokesperson added: “We have been notified that a number of staff at Meadow Park have tested positive for Covid-19.

Keep up to date with coronavirus cases in your area by adding your postcode below:

“Meadow Park is a small referral unit, providing a dedicated learning environment for students with a range of additional needs.

“Given the needs of the students, the staff to student ratio is much higher than in our mainstream schools.

“Due to a number of other staff members being required to self-isolate, the setting took the decision to close following advice from Public Health England. Some pupils who had been in contact with the teachers in question have also been advised to self-isolate.”

The school has advised a number of pupils to self-isolate after coming into contact with the two cases, but there will be no wider school closure similar to those seen at other schools.

A spokesperson for Knowsley Council explained this was because the two cases were unconnected and therefore did not constitute an outbreak at the school.

Parents of children at Longton Lane Primary School received an email on Tuesday morning informing them there had been a confirmed case of Covid-19 at Kidzone, the neighbouring private nursery that also provides Longton Lane’s after-school club.

The school did not need to take action as the nursery is a private facility nearby but St Helens Council confirmed that a “small class bubble” at the nursery were self isolating.