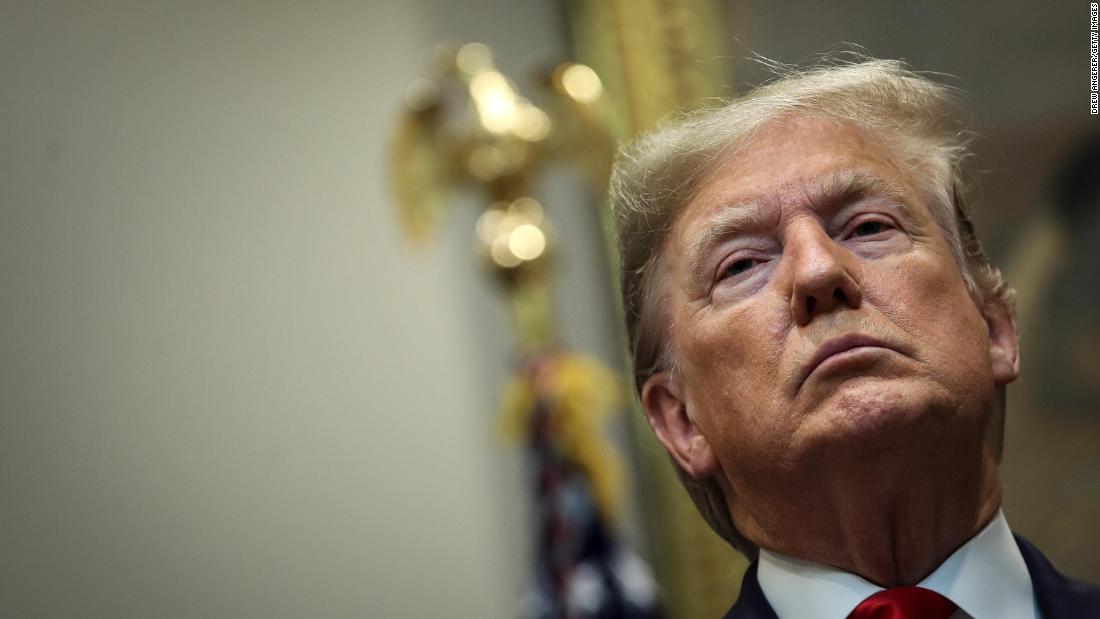 As wildfires swept across the West, causing dozens of deaths, destroying property and polluting the air with smoke, Trump abruptly shut down an official who warned that climate change was fueling the flames — by saying the weather would soon start “getting cooler.” Even by his own standards, it was one of the President’s most shocking comments on global warming — which he has previously referred to as a “hoax.”

New reports emerged, meanwhile, of the President’s spinners trying to cook the facts on the pandemic, about which he misled the nation and which will soon claim its 200,000th American partly as a result. Trump continued to flout epidemiological guidelines by cramming people into indoor events that risked spreading Covid-19, exacerbating disbelief and extreme frustration among medical experts. At a Latino outreach event, the President was the only person in a packed room who was socially distanced — granting himself protection that his campaign stops are denying attendees.

‘I don’t think the science knows’

These were just the latest occasions when a President who harbors bizarre theories on health, the environment and other issues — often distilled from conservative media conspiracy theorists — has turned away from the world-leading science and expertise that solidified US global leadership.

For years, Trump has rejected the counsel of his own intelligence services and preferred propaganda from US adversary Russia. He pushed discredited therapies for Covid-19, such as hydroxychloroquine, that federal regulators spurned. His Environmental Protection Agency has sent a wrecking ball through regulations meant to save the planet. He withdrew from the Paris climate accord to accommodate his embrace of fossil fuel polluters and has overturned fuel efficiency standards for cars.

But Trump’s visit to California for a briefing on the fires that have consumed more than 3 million acres in a record year and have also ravaged other Western states was perhaps his most stunning climate change intervention yet.

Trump doubled down on his theory that a failure to rake forest floors was responsible for creating tinderbox conditions. He cited an unnamed foreign leader who he claimed said they had mitigated their “explosive trees” problem by managing forest floors.

A consensus of scientific evidence has found that while forest management is important, longer dry seasons and warmer weather, including at night, are worsening forest fires in places like California. A study last year in the journal Earth’s Future found that between 1972 and 2018, California saw “a fivefold increase in annual burned area” and that “increased summer forest‐fire area very likely occurred due to increased atmospheric aridity caused by warming.”

Trump has no time for such science. After Democratic California Gov. Gavin Newsom acknowledged there needed to be more brush clearance, he also asked the President to “respect” the scientific consensus that “climate change is real.”

When another local official told Trump it was time to take “our head out of the sand” by relying on the forest management excuse, the President pounced.

“I wish science agreed with you,” the official replied.

The exchange was a flagrant example of how the President simply dismisses any information that does not fit his preconceived idea of a problem. While many of Trump’s opinions do seem uninformed and not shaped by the almost limitless resources of the federal government, there is also a clear political motivation underscoring his responses.

The President has fixed priorities: For instance, promoting big oil companies. Accepting that climate change is real would require him to take some steps to address it. Since he is loath to do so, the President finds that ignoring the problem — and using his propagandistic Twitter feed, which is a gusher of misinformation and falsehoods — suits him better.

Trump’s dismissal of science is a power move

Rejecting the advice of highly educated scientists and expert government bureaucrats also sits well with the President’s political image as an outsider and scourge of elite political, academic and scientific establishments. It helps to solidify his bond with supporters, who prize that image and may themselves share Trump’s reluctance to accept changes to traditional lifestyles — which a national effort to combat global warming, for instance, might entail.

As such, Trump’s dismissal of science and fact is not just a personality trait, it’s also a key factor in the method he uses to build, wield and cling to power.

A similar sequence of events has played out during the pandemic — a once-in-a-century disaster that, as Bob Woodward shows in his new book, Trump decided to downplay to Americans for his own personal reasons in an election year.

Trump’s longtime hostility to mask wearing — which scientific experts say is critical to slowing the spread of the virus — was clearly rooted in hostility to what many of his supporters see as an infringement of individual rights.

Trump then ignored science when he pushed states to reopen before the pathogen had been suppressed — a development that helped unleash a wave of sickness and death across the Sun Belt. Now, Trump’s indoor campaign events, like a crammed rally in Nevada on Sunday, are a huge act of defiance against the scientific community and the counsel of experts — another political play.

“The nerve he has, to hold that kind of rally. I’m speechless.” Dr. Peter Hotez, dean of the National School of Tropical Medicine at Baylor College of Medicine, told CNN’s Wolf Blitzer on Monday.

A scientific ‘bible’ corrupted by politics

In a fresh indication of how Trump’s political allies appear to be working his will inside government agencies that once prided themselves on their political neutrality, The New York Times first reported an extraordinary outburst on Sunday by Health and Human Services spokesman Michael Caputo, a former Trump campaign official. Caputo, who confirmed to CNN the statements made during a live video hosted on his personal Facebook page, accused career government scientists of “sedition” in their response to the coronavirus. He also claimed without evidence in the video that the US Centers for Disease Control and Prevention experts had become “political animals” and given up science. A federal health official told CNN on Saturday that Caputo’s communications team pushed to change the language of weekly science reports released by the CDC in a story first reported by Politico.

The news came as another body blow to scientists dealing with the pandemic.

“I find it abhorrent that political influences are trying and perhaps successfully inserting themselves into the CDC communications, which have always been a model of science-based rectitude, very, very rigorous,” Dr. William Schaffner, an internationally renowned infectious disease specialist at Vanderbilt University, said on CNN’s “The Lead with Jake Tapper.”

“They are the bible that everybody in public health reads not only in this country but around the world. We can’t have them contaminated with politics.”

On the pandemic, and many other issues for which the US government was once counted upon for reasoned, scientific problem solving, it’s too late for that.