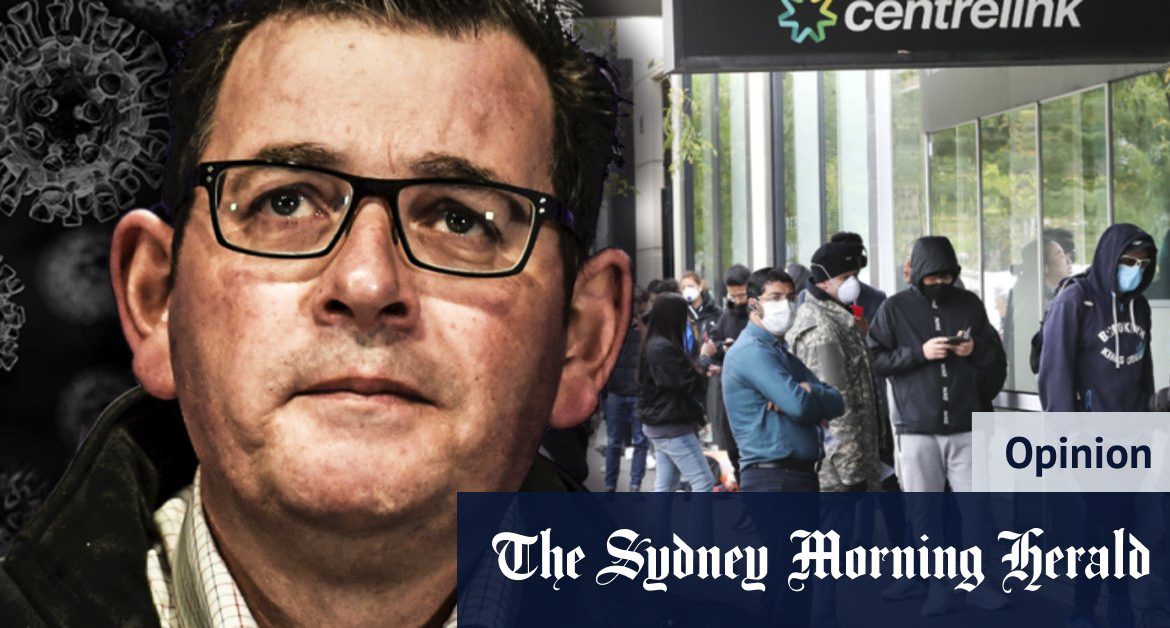 You can forgive the early response of all governments to the horror of a novel virus. Plagues are in the front rank of human threats. In February and March little was known about COVID-19 and the worst was rightly assumed. Australia’s leaders reacted quickly, worked in unison and chose to buy time; to lock their populations down while health systems were fortified with a timetable set for easing their way out.

That was a sensible, defensible plan. Now there is no nation plan and that is as indefensible as Victoria’s panic-stricken response. Because now we know much more about the disease and, while it is a serious illness, it is a whole lot less frightening than it is made out to be.

COVID-19 is nowhere near as deadly as the Spanish Flu, which killed an estimated 50 million, mostly young, people worldwide. Fifteen thousand of those deaths were in Australia, in a population that was then just 5 million. At the time of writing, COVID-19 had killed about 930,000 people globally. Here 816 have died in a population now pushing towards 26 million.

No matter how hard the death of anyone under 50 is spun, it is so vanishingly rare among Australia’s body count as to be close to zero. If you are a woman, it is zero. In Australia there is a far greater statistical chance that someone under 60 will die in a car accident.

COVID-19 mostly kills the elderly, especially if they have an existing chronic disease. That is not an argument to let them die but it should guide government responses.

Of the 816 Australian deaths the vast majority, 606, were in residential aged care. So if you are going to throw a ring of steel around anything it should be around aged care homes, not Melbourne. The rest of the population should be liberated to get on with their lives while taking sensible health precautions.

Governing should be about balancing risks against costs and only fools and sophists make arguments based on false choices. The debate is not between what we are doing and doing nothing. It should be about what response delivers the greatest good for the greatest number. The Victorian solution punishes the many for the few. It preferences the very old over the young, mortgaging the future of the entire school and working age population. It is hard to imagine how you could design a policy which is more profoundly unfair or damaging to a society.

If the argument is we must do everything in our power to protect the elderly then were are already doing well. Federal Health Department data, first published in The Australian, shows that there were almost 1000 fewer deaths in residential aged care in the first seven months of this year than in the same time last year.

I sourced the same data from the department and received two a tables and a note.

“The lower number of deaths for this period in 2020 (32,398) compared to the same period in 2019 (33,383) is likely the result of increased influenza immunisation rates, and increased infection control protocols introduced during the COVID-19 pandemic,” the health department note said.

So, why is it a crime for someone to die of COVID-19 in care but it’s OK if they die of absolutely anything else?

This disease has revealed the character of our leaders and hammered home some uncomfortable truths about us as a people. As a nation we seem comfortable with authoritarianism and too many relish the role of prefect.

And nowhere in this often-opaque democracy has a less transparent court system, bureaucracy, police force or government than Victoria. The people there have been badly served, even as some revelled in the servitude. Its systems of power have combined to deliver the wanton destruction of its vibrant society. Its government has condemned its people to a poorer future, to higher unemployment, more poverty and less opportunity.

Rejoice. Dan Andrews has destroyed the village to save it.

Our weekly newsletter will deliver expert analysis of the race to the White House from our US correspondent Matthew Knott. Sign up for The Sydney Morning Herald‘s newsletter here, The Age‘s here, Brisbane Times‘ here and WAtoday‘s here.

Don't Miss it Coronavirus: Fans in stadiums to continue in select EFL matches
Up Next Michael Caputo was brought in to streamline coronavirus messaging. He has fostered chaos instead.