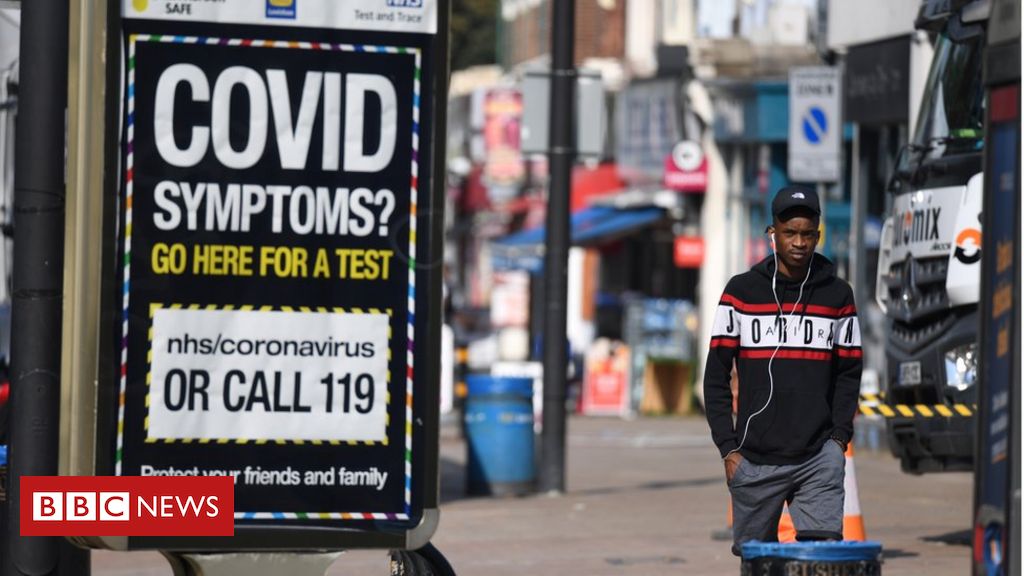 The government will publish details of its plan to prioritise coronavirus tests in the next few days, after widespread problems with the system.

Top of the list will be NHS staff and patients, and those in care homes.

Health Secretary Matt Hancock said he did “not shirk from decisions” about who should be prioritised.

It comes as the mayor of Greater Manchester – home to England’s highest infection rate – said time was running out to fix the testing system.

“I think we have two or three weeks to fix these things,” mayor Andy Burnham told the BBC’s Newsnight programme. “If we don’t, the worry is we’ll never gain control as we head into autumn and winter.”

Bolton NHS Trust in Greater Manchester said on Tuesday that a “high volume of patients” had turned up to accident and emergency asking for a test.

Mr Burnham called on the government to work with local authorities to establish where there are shortages and where capacity should be focused.

The government’s testing system – part of its test, track and trace operation which Prime Minister Boris Johnson promised would be “world-beating” – has faced criticism in recent weeks.

A surge in demand for coronavirus tests has led to local shortages, with many people reporting problems with getting online bookings and being directed to test sites hundreds of miles from their homes.

Ministers have acknowledged there are continuing problems with the system.

The large Lighthouse laboratories run by the government to analyse test swabs from all the UK nations have been under strain to process them all.

There seem to be enough testing sites but there are bottlenecks in the labs for processing the swabs and that is why test slots are limited, BBC health editor Hugh Pym said.

A new lab is due to be up and running but that could be a few weeks away – and until then ministers say current problems are likely to continue.

Speaking in the House of Commons on Tuesday, Mr Hancock said: “Throughout this pandemic, we have prioritised testing according to need. Over the summer, when demand was low, we were able to meet all requirements for testing, whether priorities or not.

“But as demand has risen, so we are having to prioritise once again and I do not shirk from decisions about prioritisation. They are not always comfortable, but they are important.”

Media captionMatt Hancock: “We’re working around the clock to make sure everyone who needs a test can get a test”

Mr Hancock added: “The top priority is and always has been acute clinical care. The next priority is social care, where we’re now sending over 100,000 tests a day because we’ve all seen the risks this virus poses in care homes.

“We’ll set out in full an updated prioritisation and I do not rule out further steps to make sure our tests are used according to those priorities.”

The Department of Health has said about a quarter of people requesting tests have no need to do so – and only those with relevant symptoms should book.

Mr Johnson is likely to face questions about testing in Parliament on Wednesday, at Prime Minister’s Questions – although he will be up against deputy Labour leader Angela Rayner, rather than leader Sir Keir Starmer who is self-isolating.

Meanwhile the leader of the Church of England, the Archbishop of Canterbury, has called on the government to “place our trust in the local” and allow local public health teams to have a greater role in dealing with the pandemic.

Writing in the Daily Telegraph, the Most Reverend Justin Welby said ministers should “only do centrally what must be done centrally”.

He said the “new normal of living with Covid-19 will only be sustainable – or even endurable – if we challenge our addiction to centralisation”.

It comes after the UK government introduced the new “rule of six” that came into force on Monday, banning gatherings of six people or more.

According to official government figures on Tuesday, the number of confirmed coronavirus cases in the UK has increased by 3,105.

Around 220,000 tests are processed each day, according to government figures for Monday.

The government said its testing capacity as of last week was more than 370,000 – which includes swab tests and antibody tests. The aim is to increase that to 500,000 a day by the end of October.

TASTE AND SMELL: How are they connected?

RETURN TO FILMING: How has filming EastEnders changed?