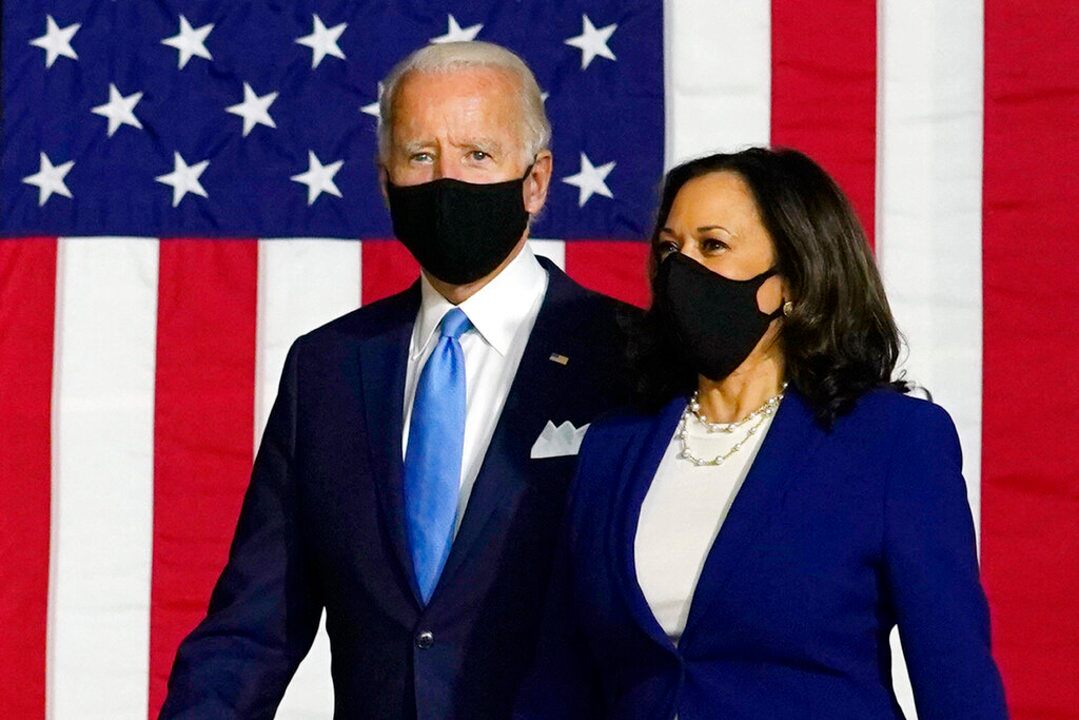 Republicans are ratcheting up criticism of some Democrats — including vice presidential nominee Kamala Harris — who have cast doubt on the safety of a potential coronavirus vaccine amid a persistent push by President Trump to accelerate the development of the vaccine and suggestions by Trump one could even be approved before the presidential election.

Both Harris and Democratic presidential nominee Joe Biden have made clear that they support a vaccine and believe having one is critical to defeating the coronavirus. But each has made comments suggesting Trump may push an unsafe coronavirus vaccine on the American people despite procedural safeguards and assurances from experts.

Harris earlier this month made, perhaps, the most controversial comments on the issue. She said on CNN that public health experts will “be muzzled, they’ll be suppressed, they will be sidelined, because he’s looking at an election coming up in less than 60 days, and he’s grasping for whatever he can get to pretend that he’s been a leader on this issue when he’s not.”

She added: “I would not trust Donald Trump and it would have to be a credible source of information that talks about the efficacy and the reliability of whatever he’s talking about.”

“I would want to see what the scientists said,” Biden later said in response to a question about whether he would take a vaccine approved by the Trump administration. “I want full transparency on the vaccine. One of the problems is the way he’s playing with politics. He says so many things that aren’t true and I’m worried if we do have a really good vaccine people are going to be reluctant to take it.”

But Republicans have accused Democrats of being the ones undermining faith in a vaccine.

“The fact that they refuse to say ‘yes, I will take the vaccine,’ when public health experts have already said it is untainted by politics is reckless and wrong,” the Trump campaign said in a release this week.

A previous tweet by the Trump campaign accused Biden of “spreading conspiracy theories and undermining the public’s confidence in a vaccine.”

Jeremy Adler, a spokesman for the House Republican Conference, said this week: “Will other Democrats condemn these irresponsible comments, or will more members of their party dabble with the anti-vaxxer movement?”

And House Minority Leader Kevin McCarthy, R-Calif., as Republicans are rolling out their pitch to voters to retake the House, slammed Harris over her vaccine comments.

“As part of our Commitment to America, House Republicans have a clear plan to work with President Trump to defeat the virus and keep America healthy by rapid COVID testing, developing a safe and effective vaccine, and modernizing our medical stockpile,” he said. “Contrast that actionable agenda with Democrats’ irresponsible plans: Joe Biden wants to shut the economy down, Kamala Harris is dangerously sowing doubt — without evidence — about the promise of a vaccine, and Speaker Pelosi continues to push her liberal wishlist legislation that mentions ‘cannabis’ more than it mentions ‘jobs.'”

Trump on Wednesday morning reiterated his message that the speedy development of a vaccine does not mean safety will be compromised.

“Vaccines are moving along fast and safely!” he said.

Cal Cunningham, the Democratic nominee challenging Sen. Thom Tillis, R-N.C., made comments similar to Biden’s and Harris’ during a Monday night debate that led Tillis to condemn his opponent right on the stage.

“Yes, I would be hesitant, but I’m going to ask a lot of questions,” Cunningham responded to a question from the moderator about whether he would be hesitant to take a vaccine. “I think that’s incumbent on all of us right now. In this environment, with the way we’ve seen politics intervening in Washington… Politics, corruption, financial and political in Washington are a major problem right now.”

He later added: “We do need the vaccine. This is how we beat this virus. It’s going to require a vaccine.”

“We just heard a candidate for the U.S. Senate look into the camera and tell 10 million North Carolinians he would be hesitant to take a vaccine. I think that that is irresponsible,” Tillis said. “We are not going to release a vaccine that doesn’t have the effectiveness and safety that the gold standard that the FDA requires, but my opponent talked a while back about managing in a crisis and what he said tonight to 10 million people in North Carolina is that he would be hesitant to take the vaccine.”

The Biden campaign has hit back against allegations the candidates’ comments could undermine public health, specifically noting that Trump himself has occasionally made comments that could harm public health.

DR. SIEGEL ON POTENTIAL COVID VACCINE EFFECTIVENESS: UNLIKE ANNUAL FLU, VIRUS IS NOT ‘A MOVING TARGET’

“President Drink Bleach is not credible. Experts are,” Biden campaign Rapid Response Director Andrew Bates tweeted after Harris’ initial comments. “There are over 180,000 more people who could tell you that if they were here.”

He was referring to comments Trump made in April, referencing disinfectants like bleach, in which he asked out loud if there is “a way we can do something like that by injection inside or, or almost a cleaning?” The comment prompted universal condemnation and even Reckitt Benckiser Group, the makers of Lysol, to state that “under no circumstance should our disinfectant products be administered into the human body (through injection, ingestion or any other route).”

“It will go away without the vaccine,” Trump said to anchor George Stephanopolous. “Over a period of time… you’ll develop like a herd mentality, it’s gonna be herd developed and that’s gonna happen.”

BIDEN HITS BACK AT TRUMP’S CALL FOR PRE-DEBATE DRUG TESTS: ‘THE COMMENTS ARE JUST FOOLISH’

There has been some bipartisan agreement on a vaccine and its safety, however. Sen. Bernie Sanders, I-Vt., directly questioned Surgeon General Jerone Adams on whether he could guarantee that a vaccine eventually approved by the Food and Drug Administration (FDA) would be safe and effective during a Senate Health, Education, Labor and Pensions hearing this month.

“There will be no shortcuts. This vaccine will be safe. It will be effective. Or it won’t get moved along. And when a vaccine is either approved or authorized by the FDA, I and my family will be in line to get it,” Adams said.

“Thank you,” Sanders said. “I think that’s the kind of answer that the American people are looking toward hearing.”

Trump made his boldest claim about a potential coronavirus vaccine to date during an interview with “Fox & Friends” on Tuesday morning, saying that a vaccine could come “in a matter of weeks.”

U.S. Surgeon General Jerome Adams speaks during a briefing on coronavirus in the Brady press briefing room at the White House, Saturday, March 14, 2020, in Washington. Adams reassured Americans this month that a coronavirus vaccine “will be safe. It will be effective. Or it won’t get moved along.” (AP Photo/Alex Brandon)

“I’m not doing it for political reasons, I want the vaccine fast,” Trump said of the push for a vaccine, called “Operation Warp Speed.”

Dr. Anthony Fauci, the director of the National Institute of Allergy and Infectious Diseases, has said repeatedly it is possible for a vaccine to be approved as safe and effective by the end of 2020 or early 2021. The challenge after that, however, is mass manufacturing the vaccine and distributing it to hundreds of millions of Americans.