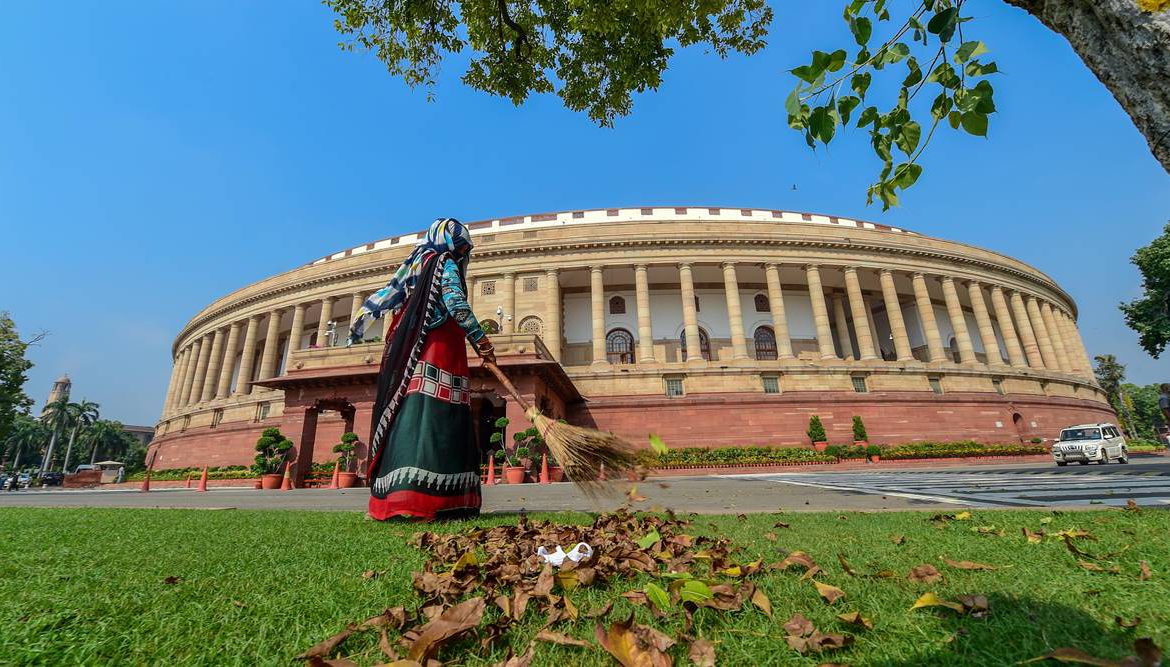 On the second day of the Monsoon Session of the Parliament, Union Defence Minister Rajnath Singh briefed the Lok Sabha on the situation along the India-China border even as Congress MPs staged a walkout and held a protest in the Parliament House complex after they were not allowed to speak on the issue. While Singh admitted the border issue in eastern Ladakh with China remained unsolved, he said the armed forces were determined to protect India’s sovereignty and territorial integrity.

The Lok Sabha passed the Salary, Allowances and Pension of Members of Parliament (Amendment) Bill, 2020, to reduce for one year the salaries of MPs by 30 per cent “to meet the exigencies” arising out of the Covid-19 pandemic. Besides, the Lower House saw intense discussions a host of other issues, ranging from the drug probe in film industry to farm schemes.

In Rajya Sabha, the Aircraft (Amendment) Bill, 2020 was passed. The Bill seeks to improve India’s aviation safety ratings and provide statutory status to regulatory institutions, including the Directorate General of Civil Aviation (DGCA). Besides, the Upper House also saw Union Health Minister Harsh Vardhan introducing ‘The Institute of Teaching and Research in Ayurveda Bill, 2020, and making a statement on the Covid-19 situation in the country.

Can’t discuss China; Covid can be taken up with related Bills: Govt

The government on Tuesday rejected the Opposition’s demands to raise several contentious issues, including Chinese aggression at the LAC, saying the issue is sensitive and a threadbare debate in Parliament would put the lives of the soldiers there in danger.

Sources said Opposition leaders wanted to have short-duration discussions on the tension at LAC, the pandemic situation, migrant workers’ issues and the rising unemployment in the Business Advisory Committee (BAC) meeting held at 2 pm Tuesday. But the treasury benches are learnt to have suggested that the pandemic could be discussed during the debate on Epidemic Diseases (Amendment) Bill and for the economy issues, Lok Sabha will have a debate on supplementary demands for grants and other financial bills such as Banking Regulation (Amendment) Bill.

On a day when the Lok Sabha unanimously backed the government’s move to slash salaries of MPs by 30 per cent to meet the exigencies arising out of the pandemic, a united Opposition asked the government to restore the Members of Parliament Local Area Development Scheme (MPLADS), funding for which has been suspended for two years.

The Opposition also suggested that the Rs 20,000-crore Central Vista project should be cancelled to put in that money for the country’s fight against Covid pandemic.