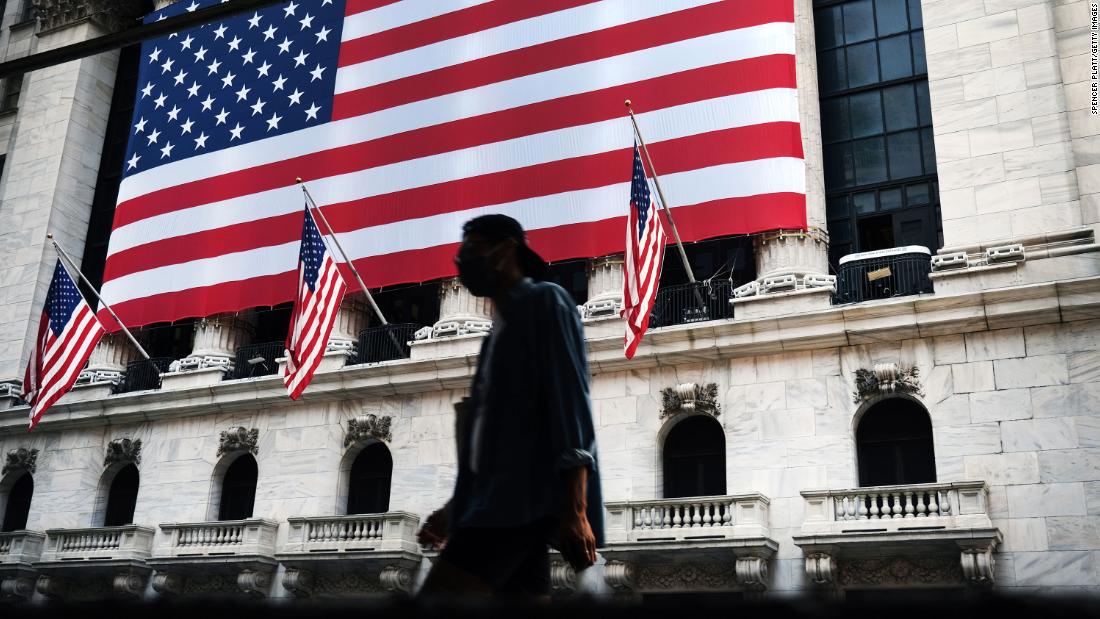 Rising Covid-19 infections around the world as the colder seasons of the year are beginning are also weighing on the market. Investors are growing increasingly worried about renewed lockdowns in the winter while the economic recovery from the pandemic remains fragile.The Dow (INDU) was 800 points, or 2.9%, in the early afternoon. The broader S&P 500 (SPX) was down 2.2%. Both the Dow and the S&P are flirting with falling into correction territory, which is defined as a 10% drop from its peak.The Nasdaq Composite (COMP), the only index of the three that currently is in correction territory, was down 1.4%.

European stock markets don’t look better Monday, selling off as virus numbers are on the rise.

While stocks are getting hammered, the safe-haven US dollar, measured by the ICE US Dollar Index is up 0.9%. US Treasury bonds, also a safety investment, are also in high demand Monday, and the 10-year bond yield dipped to 0.66%. Bond prices and yields move opposite to one another.

There are reasons for investors to be bullish on US stocks right now. For one, the Federal Reserve has committed to keeping interest rates lower for longer, which is good for companies looking to borrow money. Many strategists also believe that Wall Street remains the most attractive stock market to invest in.

So everything will be fine, right? Not so fast: There are plenty clouds on the horizon.

The Gridlock in Washington has investors worried about when Congress will agree the next — and much needed — stimulus bill to boost the economy. So far, negotiations haven’t led to much, and tensions are rising with the presidential election just six weeks away.

Washington is now arguing about whether a judge to fill Ginsburg’s seat should be voted on before the election or after. In the latter case the stakes in the presidential election become even higher and could make it more likely that the result will be contested, Wizman said.

But the market has been jittery for weeks, starting with a sharp selloff, primarily in tech stocks, that was a rude awakening after the summer market rally.

Market experts have warned that volatility will be high towards the end of the year and around the election, especially because many expect the winner won’t be known immediately.