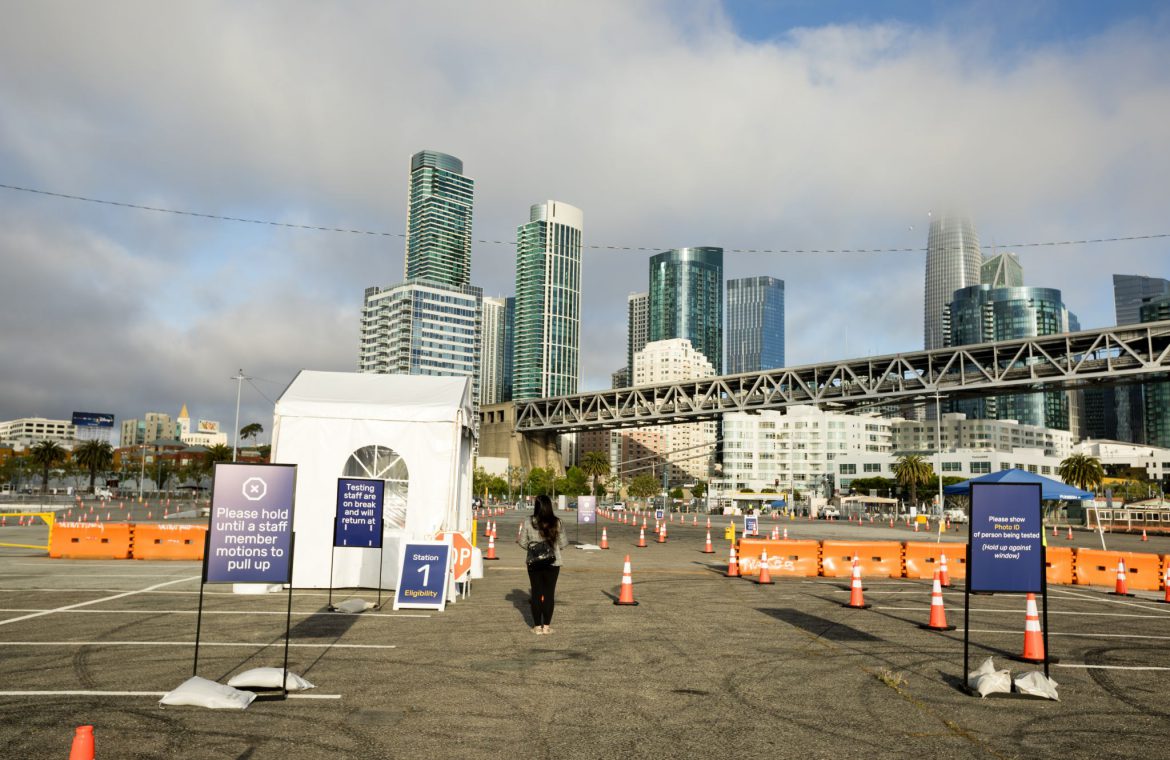 It’s widely recognized among San Francisco healthcare professionals that S.F. has had the lowest COVID-19 death rate of any other major U.S. city throughout most of the pandemic.

A chart created in September by Dr. Jim Marks, a physician at Zuckerberg San Francisco General Hospital, was shared on social media in recent weeks and shows S.F.’s percent of deaths per cases was 0.87% as of Sept. 4, significantly lower than 10 other major cities.

The city with the second-lowest rate was Miami at 1.63%, according to the chart. New York City had the highest rate at 10.26%, Philadelphia the second-highest at 5.12% and Boston third-highest at 4.83%. (See the full list here.)

While many other cities such as New York experienced terrifying periods with skyrocketing cases that filled hospital beds beyond capacity, San Francisco has kept its number of cases relatively low, with some ups and downs, yet not a major surge that overwhelmed the city’s healthcare system and impacted its ability to provide optimal care. The city of nearly 900,000 residents has reported 10,807 cases and 99 deaths as of Sept. 21.

“The low case rate is a result of people acting well, and acting well is everything from city health leaders doing the right thing to the people doing the right thing,” said Dr. Bob Wachter, chair of the Department of Medicine at UCSF. “We have very high rates of mask-wearing, probably the highest in the country. I think from the beginning people have trusted the science, trusted the guidance. You don’t hear in S.F. that COVID is a hoax. People have generally taken this very seriously and I think the leadership from the mayor and the regional health directors has been terrific.”

With cases kept relatively under control, the number of patients landing in hospitals has been lower than other major cities, and those infected patients in S.F. requiring hospitalization have received focused, personal care, according to Wachter.

In April, Wachter sent a team of UCSF doctors to New York to help during the height of the East Coast city’s pandemic and his colleagues told “horror stories about what they saw in good hospitals.”

“At UCSF, you’ll have one nurse taking care of you,” he said. “In Queens, at the height of things, it was one nurse to seven or eight patients. That can’t be done safely. You’ll have a world-class team of intensive-care doctors taking care of you in San Francisco. In New York, the team might have included an eye specialist or dermatologist. They may be great doctors but their speciality isn’t COVID. Everyone was called to help. They were overwhelmed. We’ve never had that in SF.”

UCSF epidemiologist Dr. George Rutherford added that San Francisco saw its rise in cases later than New York and this gave the city time to prepare.

“We had a little lead time and could plan for additional space,” said Rutherford. “The hospitals got together and opened a ward at St. Francis Memorial Hospital.”

He added, “There’s nothing inherently better about our ICUs than those in New York. It’s just a question of not having the capacity completely overwhelmed.”

9/ Finally, moving toward @MonicaGandhi9’s talk on Covid’s falling mortality rate, George (@ 18:00) showed fig below, which shows that SF not only has low case rate (though not as low as Seattle’s) but has had, by far, lowest rate of deaths/case (0.87%) of major U.S. cities. pic.twitter.com/IpVlUBCXaV

While the moderate number of cases has prevented hospitals from filling up, Wachter adds the city’s hospitals are excellent to begin with.

Case in point: The sickest COVID patients are cared for in intensive care units on ventilators, and in S.F. your chance of surviving the most severe case of the infection is likely higher than some other places. Wachter said the survival rate on a ventilator at UCSF and SF General has averaged around 80% while the national average “is more in the order of 60% or 70%.”

What’s more, Wachter said the S.F. Department of Public Health and hospitals learned how to work together in a crisis during the AIDS epidemic, and now in the coronavirus pandemic, they are drawing from lessons learned.

“We sort of worked this out 30 years ago,” said Wachter.

Wachter cited a coronavirus testing study conducted by USCF and the city looking at health disparities in the Mission District as an example of productive collaboration.

The contact-tracing program run by UCSF and the health department is another example of success. UCSF doctors have trained city workers in how to identify and alert people who came into contact with an infected person. He said in San Francisco, the city is reaching up to 80% of  COVID patients’ contacts, while in other cities the number can be as low as 20%.

“Some of that is how good the system is here,” he said. “[People who live here] trust the health department. They trust the science. It’s just not true in other parts of the country.”

Another contributing factor to the city’s low death rate is its healthy population of residents who are less susceptible to complications with the virus, Wachter said.

“If you think about the risk factors for people having bad outcomes, it’s not only advanced age. It’s also obesity and history of smoking,” he said. “San Francisco has a relatively low rate of obesity and a very low rate of smoking.”

Of those who are higher risk, the city said in a statement that it has prioritized the care of its most vulnerable population, especially people over age 60.

While San Francisco has made a lot of smart moves throughout the pandemic to deter deaths, Wachter said the low rate will only continue if city officials and residences continue to act with vigilance.

“In the beginning, there was an element of luck, we never had a huge super-spreader event, that was more luck than skill,” Wachter said. “I think for the last six months, we’ve done a lot of things right. We need to keep doing that.”

Amy Graff is the News Editor for SFGATE. Email her: agraff@sfgate.com.

Don't Miss it Federal Conservatives make use of a COVID-19 test not sanctioned by Health Canada
Up Next Coronavirus: Donald Trump finally wears mask in public – BBC News