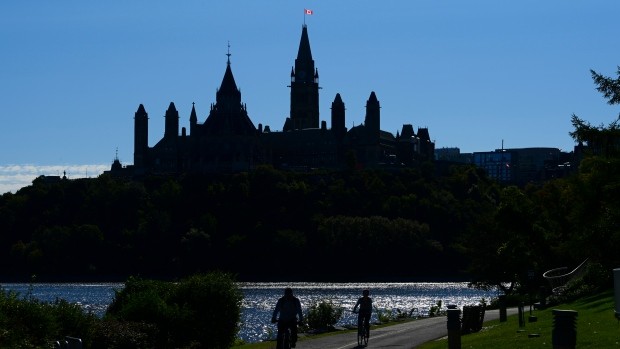 OTTAWA —
The federal government has announced it is increasing one of a trio of promised new COVID-19 aid benefits, to be equivalent to the amount received through the Canada Emergency Response Benefit that will expire at the end of the month.

Kicking off the first full day of the new parliamentary session, the Liberals tabled Bill C-2 to implement the new benefits, as Prime Minister Justin Trudeau’s Liberal minority seeks opposition support to avoid a snap election during a second wave of the coronavirus pandemic.

First outlined in August by Minister of Employment, Workforce Development and Disability Inclusion Carla Qualtrough, the $37 billion CERB transition plan includes moving most of the millions of Canadians collecting CERB onto an updated Employment Insurance program at the end of the month, while offering three new temporary benefits meant to more specifically target the reasons why Canadians are not working or to cover those who don’t qualify for EI.

The first is being called the “Canada Recovery Benefit” and over the next year will be available for 26 weeks to workers who are self-employed, gig or contract workers. While this was initially promised to be $400 per week, the Liberals have just announced it will increase to $500 a week, meaning it’ll offer the same amount of support as CERB did.

In order to qualify for this program, Canadians must be looking for work and had stopped working or had their income reduced by 50 per cent or more due to COVID-19, but are still making some money on their own.

“Combined, these three new benefits would create a safe bridge to help Canadians span the gap between the complete lockdown of last spring, and a safe and gradual reopening of the economy this fall and winter,” Qualtrough said Thursday in speaking to the updated plan.

Then there is the “Canada Recovery Sickness Benefit” which is being created for those who don’t already have paid sick leave through their employer, to make it easier for people to stay home from work when they are sick or have to self-isolate due to COVID-19. This benefit will provide $500 per week, for up to two weeks, which remains the current time frame required for Coronavirus isolation.

And the third new program is a “Canada Recovery Caregiving Benefit” to help in the instances where someone needs to stay home to care for a loved one such as a child under the age of 12, a family member with a disability, or a dependent because schools, daycares, or other care facilities are closed due to the pandemic. This program offers up to 26 weeks per household, with just one adult per household able to claim the program at a time, and provides $500 a week.

In addition to enacting the new “Canada Recovery Benefits Act” to implement these aid programs—all of which will be applied for through the Canada Revenue Agency— the legislation makes Canada Labour Code amendments around when employees are entitled to take COVID-19 related sick leave, as well as extends two other COVID-19 emergency acts to allow money to keep flowing to certain response measures like procuring PPE through to the end of 2020.

“Federally regulated workers can take leave for up to two weeks if an employee is unable to work because they have contracted, or might have contracted COVID-19, or because they have isolated themselves on the advice of their employer, a medical practitioner, a nurse practitioner, a person in authority, a government or public health authority, for any reason related to COVID-19,” said Labour Minister Filomena Tassi.

The legislation still needs to pass through the House and Senate and Finance Minister and Deputy Prime Minister Chrystia Freeland urged her colleagues across the aisle to support the Liberals fast-tracking the bill so the new supports can be in place for Canadians as soon as possible.

“Failure to extend the legislation we are putting forward today could disrupt these payments, with very harmful consequences for people’s lives, for families, and for businesses across the country,” Freeland said. “This legislation will provide ongoing support for Canada and Canadians, as we fight the second wave of the coronavirus. That is why we are asking every member of Parliament to work with us to urgently pass Bill C-2.”

IN SEARCH OF POLITICAL SUPPORT

The House of Commons began its as-normal-as-possible sitting for the first time since the pandemic put a pause on regular business back in March. Debate in response to Wednesday’s speech from the throne will continue throughout the day, offering more MPs time to speak to whether they liked what they heard, and if it’ll be enough for them to support the government in a confidence vote.

The minority Liberals will need to garner at least some support for the throne speech from across the aisle, or risk seeing their government fall. Early indications were that this support, may not be as secure as the Liberals might like. The Liberals currently hold 154 seats, the Conservatives have 121, the Bloc Québécois hold 32, the NDP have 24, the Green Party has three and there are two Independents and two vacancies.

The speech fixated primarily on how to keep supporting Canadians financially through COVID-19, while repairing inequalities the pandemic has exposed. Billed as “an ambitious plan for an unprecedented reality,” it included a commitment to keep up certain business aid benefits, to create a national child care and job creation plan, and emphasized that Canada has to tackle climate change, systemic racism, and gender inequity.

With the Conservatives already ardently against the speech, and the Bloc Quebecois sounding like they haven’t seen enough yet, but could come around if billions in new health funding is sent to the provinces, the Liberals will be looking to the NDP for support. But that won’t come without strings attached.

While not exactly what the government has planned, the Liberals outlined Thursday their pre-stated commitment to keep supporting CERB recipients when that benefit ends later this month, and are legislating three new COVID-19 benefits including a form of paid sick leave. The bill to implement these benefits was tabled on Thursday morning, and could be enough to bring the NDP on-side.

“The CERB was put in place at a time when we basically shut down the economy and asked people to stay home, and we didn’t know then what was coming, and we didn’t know what we didn’t know. I’d say now as we move into economic recovery, we are much better placed to navigate our support in a more sophisticated way. So we’ve had time, for example, to improve our EI system to the point where three-quarters of the people who are currently on CERB can transition seamlessly next week to EI,” Qualtrough said, emphasizing as well the requirement to demonstrate those applying for the ongoing benefits are actively looking for work.

The government can schedule up to six days of debate on the throne speech and they don’t have to be consecutive, meaning the Liberals could prioritize passing either of these new bills first, both of which deal with spending money and could be viewed as confidence matters.

MPs agreed unanimously on Tuesday to a plan for how they can sit and vote safely with all their usual parliamentary powers amid the pandemic. This includes continuing to be able to participate either in-person or virtually, and adds in a new arrangement to allow for remote voting. Some caucuses have agreed to rotations that will allow MPs to take turns travelling to Ottawa.

House of Commons committees are also being reconstituted, with several key committees being asked to hold their first meetings in the next two weeks. While prorogation wiped away all ongoing studies including those into the WE Charity controversy, it’s possible the opposition-controlled committees could vote to restart that work this fall.

The new arrangement for modified sittings will be in place until at least Dec. 11.