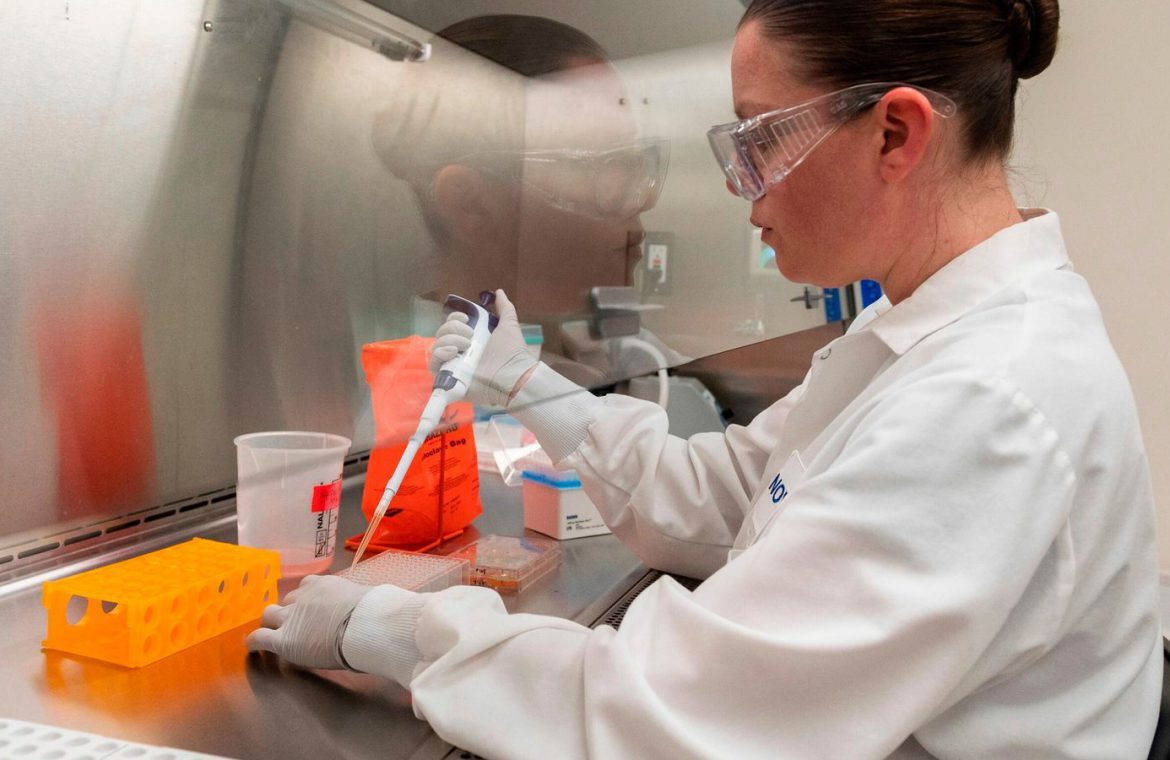 Novavax is ready to start its Phase 3 trial of an experimental COVID-19 vaccine in the UK.

The US biotechnology firm plans to enrol up to 10,000 volunteers aged between 18 and 84 over the next four to six weeks.

The company joins AstraZeneca, Pfizer, and Moderna as its vaccine candidate enters the final step of the regulatory approvals process.

There are almost 40 potential vaccines being tested globally and more than 140 others in the early stages of testing, according to the World Health Organisation.

Half of the volunteers in the Novavax trial will have two shots of NVX-CoV2373 with Matrix-M, the company’s adjuvant which is intended to strengthen the vaccine. Half will be given a placebo.

Up to 400 volunteers will get a seasonal flu vaccine and the COVID-19 vaccine to see the effectiveness of combining the two.

At least 25% of participants will be aged over 65 and the trial will prioritise groups most affected by COVID-19, including those from ethnic minorities, the company said.

In August, the UK government announced that support and infrastructure would be given to Novavax during its Phase 3 clinical trial in the UK.

This includes plans to manufacture the vaccine in the UK and the promise of 60 million doses for the UK if the vaccine turns out to be safe and effective.

The Novavax candidate is the second vaccine to enter Phase 3 clinical trials in the UK – the first was the potential vaccine being developed by Oxford University and AstraZeneca.

Gregory M Glenn, president of research and development at Novavax, said the team was “optimistic” that the trial would “provide a near-term view” of the vaccine’s efficacy.

He added: “The data from this trial is expected to support regulatory submissions for licensure in the UK, EU and other countries.

“We are grateful for the support of the UK government, including from its Department of Health and Social Care and National Institute for Health Research, to advance this important research.”

Thomas Moore, Sky’s science correspondent, said the Novavax trial could start as soon as Friday and that the vaccine candidate shows “huge promise”.

Novavax shares were up more than 6% in after-hours trading in the US.