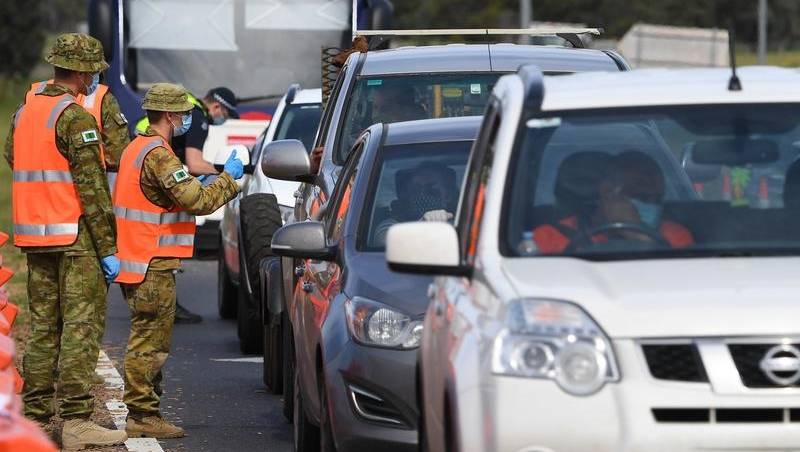 * The state had eight more deaths, taking the state toll to 781 and the national figure to 869.

* Premier Daniel Andrews apologised unreservedly to all Victorians for mistakes made in the botched hotel quarantine program, while appearing before an inquiry.

* He was disappointed no one in his government seems to know who made the fateful decision to use private security guards in the scheme.

* In his daily press briefing, Mr Andrews confirmed a return of international flights to Melbourne, originally scheduled for October 24, will have to wait until the inquiry hands down its final report on November 6.

* Mr Andrews also raised the spectre of Melbourne’s roadmap timetable running ahead of schedule in October, while continuing to temper expectations prior to Sunday’s rules announcement.

* Australians out of work were hit with a cut to their dole on Friday, as the JobSeeker supplement reduced from $550 a fortnight to $250.

* Treasurer Josh Frydenberg revealed the deficit reached $85.3 billion in 2019/20 as the government weighs job creation measures in the October 6 budget.

* The federal government engaged in a slanging match with Queensland over troops being withdrawn from the Queensland-NSW border on September 30.

* Queensland Premier Annastacia Palaszczuk said her state was being singled out as troops will remain on the borders of NSW, SA and the NT until October 19.

* Queensland chief health officer Jeannette Young said it appeared the infection would reset its “border clock” with NSW, but she’ll wait for the investigation result.

* Australia has welcomed the decision to postpone the FIH Indoor Hockey World Cup in Belgium to 2022 because of the COVID-19 pandemic.

* AFLPA president Patrick Dangerfield believes it will be too taxing on players to return to full-length quarters next season. Quarters were slashed from 20 minutes to 16 to allow the AFL to condense its 2020 fixture after the COVID-19 crisis suspended the season in March.

* September 14 to September 27 – stage four lockdown for Melbourne with some changes, including the curfew moving back an hour to 9pm.

* September 28 – if average daily cases are 30-50 in metro Melbourne over the previous 14 days, the city will move to the ‘second step’, including increased limits for public gatherings and a staged return to school for some students.

* October 1 – Residents of Byron Shire, Ballina, Lismore, Richmond Valley including Casino and Evans Head, Glen Innes and 41 other NSW postcodes will be added to the Queensland-NSW border bubble.

* October 26 – Tasmania’s state of emergency due to expire. In Melbourne, the overnight curfew will be dropped if – over the previous fortnight – the average number of new cases falls below five and there are fewer than five cases from an unknown source.

* November 23 – If there are no new cases for 14 days in Melbourne, the city will move to the ‘last step’. That includes all retail shops opening, public gatherings of up to 50 people allowed outdoors, and up to 20 visitors at a time allowed into a home.

* There were 18 new cases in Australia – 14 in Victoria and four in NSW. Victoria announced an additional eight deaths.

Don't Miss it COVID-19 in India: the dangers of false optimism
Up Next US still in first Covid-19 wave and should be prepared for ‘challenge’ of fall and winter, Fauci says