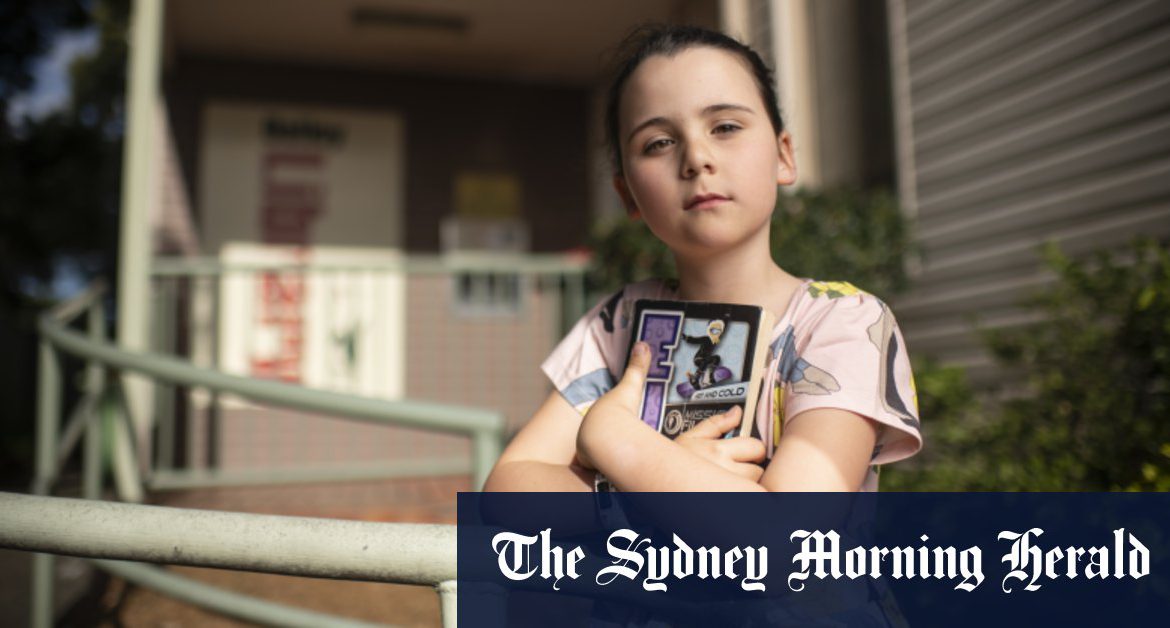 Sophie and her sister Natalie, 5, used to visit the library every Thursday after school with their mother, Melissa Derwent. They could walk or ride their bikes, but now they have to drive two suburbs away and the other libraries have restricted hours on weekends, adding another layer of difficulty that Ms Derwent found a “demotivator”.

“As much as you can do a click and collect to choose a book, there’s nothing like letting a kid browse the shelves and judge a book by its cover,” she said.

In the City of Sydney, the libraries at Newtown, Waterloo and Ultimo and the express service at Town Hall remain closed. Glebe Library is closed for refurbishment with a temporary replacement site at St Helen’s Community Centre. The council has seven libraries open for click and collect and computer use but browsing is banned.

A City of Sydney spokeswoman said the council would reopen some of its larger libraries within weeks but “the safety of our community and our staff was our highest priority”.

Linda Scott, Labor councillor for the City of Sydney, said she supported the move to online services during the initial response to the pandemic but with social isolation and unemployment increasing, “it’s time to reopen our libraries”.

In the Inner West Council area, the branch libraries at Stanmore and Dulwich Hill are closed because they are too small to allow the required physical distancing. A spokeswoman said they would reopen soon.

St Peters and Haberfield libraries are also closed but because of refurbishment rather than coronavirus. St Peters will reopen by the end of the year and Haberfield by autumn 2021.

The spokeswoman said the other Inner West libraries are fully open with the same hours as before the pandemic and the new Marrickville Library has been especially popular.

Woollahra Municipal Council is only allowing library members rather than the general public into its three libraries at Double Bay, Paddington and Watsons Bay. North Sydney Council has the same policy for Stanton Library.

Most councils are running their libraries with reduced operating hours, reducing or halting evening or weekend operations. This includes the City of Canada Bay, the City of Canterbury Bankstown, the City of Parramatta, the City of Ryde, Bayside Council, Ku-ring-gai Council, Randwick City Council

A Ku-ring-gai Council spokeswoman said the COVID-19 restrictions had a “knock-on effect on resourcing” with a lot of staff time “now spent cleaning library areas used by the public and sanitising borrowed items”.

A Randwick City Council spokeswoman said the reduced hours were because staff were working two-hours shifts on the customer service desk instead of four-hour shifts in order to reduce their exposure.

Northern Beaches Council is bucking the trend, with all six libraries reopening on June 1 with increased hours – though story time and justice of the peace services are temporarily suspended. Chief executive Ray Brownlee said the new, longer hours were developed after analysis of customer visits and community feedback.

Caitlin Fitzsimmons is a senior writer for The Sun-Herald, focusing on social affairs.