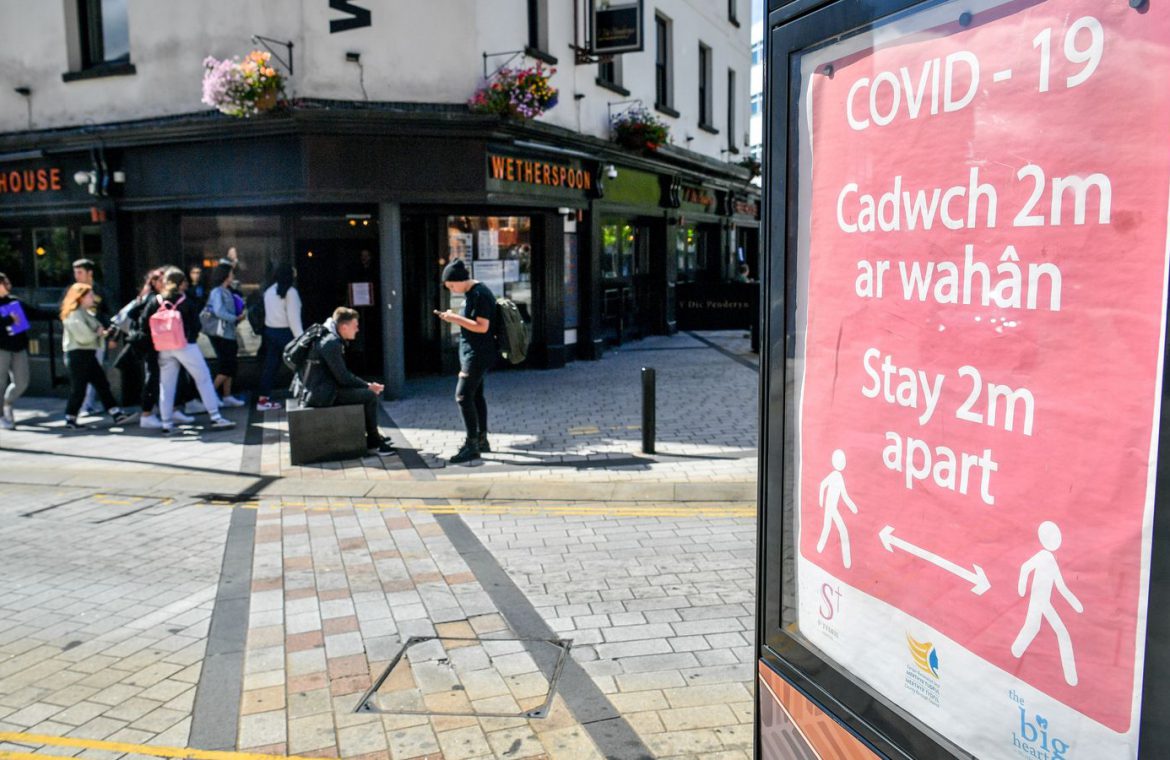 Three more counties in Wales are to be put into local lockdown following a rise in coronavirus cases.

Neath Port Talbot, Vale of Glamorgan and Torfaen will join many other parts of the UK in being subject to localised COVID-19 restrictions.

The action will affect more than 360,000 people and means half of Welsh local authority areas, 11 out of 22, will soon be under specialised measures.

This map shows areas with restrictions before today’s announcement

The new restrictions in Neath Port Talbot, Vale of Glamorgan and Torfaen will come into force from 6pm on Monday.

Residents not being allowed to enter or leave these areas without a reasonable excuse, such as travel for work or educationResidents not being able to meet with people they don’t live with indoors – whether in houses or pubs or elsewhere – without a good reason, such as providing careResidents will not be able to form, or be in, extended households or bubblesAll licensed premises will have to stop serving alcohol at 10pmEveryone over 11 will be required to wear face coverings in indoor places that are open to the public.

More than 15.6 million people – just under a quarter of the UK’s population – were already set to be under localised coronavirus measures by Sunday evening, prior to the announcement of the three new Welsh counties.

Fresh measures were already due to come into force in Cardiff and Swansea from 6pm.

In Wales’ two biggest cities, people will not be able to enter or leave the areas without a reasonable excuse.

They will not be able to meet indoors with anyone they do not live with, with extended households suspended.

Welsh First Minister Mark Drakeford said on Sunday: “Following a worrying rise in cases of coronavirus across South Wales, we took action on Friday to introduce local coronavirus restrictions in Llanelli and local restrictions will come into force in our two largest cities- Cardiff and Swansea – tonight.

“We are now taking further action and placing three more areas under local restrictions in South Wales – Neath Port Talbot, Torfaen, and the Vale of Glamorgan – because we are seeing rising rates in these three areas.

“These areas also share borders with local authority areas where rates are much higher.”

Mr Drakeford said the “difficult decision” was taken in an effort to “protect people’s health and to try and break the chain of transmission and stop the situation from getting worse”.

“This is not a regional lockdown – this is a series of local restrictions in each local authority area to respond to a specific rise in cases in each area, which have distinct and unique chains of transmission,” the first minister added.

“In some places, such as Caerphilly and Newport, we have seen really positive falls in response and we hope they can begin to be relaxed if they continue.”

Bans on households mixing came into force in Wigan, Stockport, Blackpool and Leeds on Saturday, while stricter rules are already in force across large swathes of the North West, West Yorkshire, the North East and the Midlands, as well as parts of west Scotland.

A ban on households mixing indoors was extended across Northern Ireland and Scotland earlier this week.