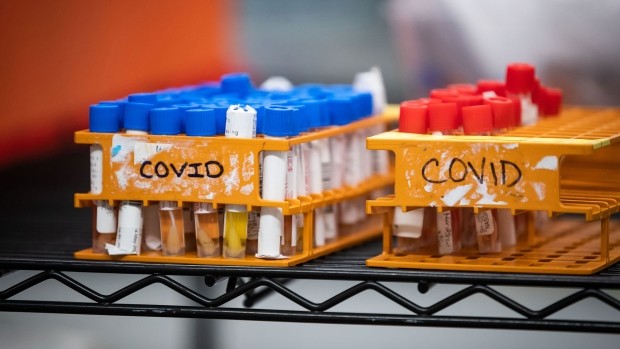 TORONTO —
Nearly 200 COVID-19 vaccines are in development, and more than 60 of those are at various stages of human testing.

But for some, a vaccine isn’t coming soon enough, so they have taken to making their own and giving them to others – despite criticism that this could be dangerous for recipients and set back the entire vaccination movement.

Known as the “citizen science” vaccine initiative, some independent scientists, technologists and science enthusiasts are designing “do-it-yourself inoculations” against COVID-19. They say it is their only chance to become immune without waiting a year or more for a vaccine to be formally approved.

Preston Estep, an American biologist and co-founder of the Rapid Deployment Vaccine Collaborative (RaDVaC) in Boston, has created his own inhaled vaccine and is currently testing it on himself.

“I was guinea pig number 1,” Estep said in an interview with CTV News.

While COVID-19 vaccines are being developed at record speed, it will still take months and possibly years before those inoculations are widely administered to the public.

“We didn’t have the time to wait for that, so we employed a longstanding tradition in vaccines and in medicine more generally, of self-experimentation to try to accelerate that process,” Estep explained.

However, Estep and his colleagues are not the only ones designing DIY vaccines. Other scientists are also using this unconventional approach to find an immunization against SARS-CoV-2, the virus that causes COVID-19.

For Estep’s vaccine, he and other researchers with RaDVaC used common ingredients and fragments of the coronavirus protein to produce a liquid they think will boost the immune system’s ability to recognize the virus.

“The vaccine consists of just a few very simple ingredients. It can be easily made, we make it in a private lab but we could make it at home,” Estep said.

“It could be made in a physician’s office very easily,” he added.

He explained that the vaccine consists of just five ingredients, two of which are water and sodium chloride. He said the other ingredients are “relatively accessible and extremely well-tested” while minimal equipment is required.

RaDVaC has shared the formula for the vaccine online, but no one knows yet if it works.

He said their vaccine poses minimal risk and has not shown any adverse reactions in those who have taken it.

“We’ve had a couple of people experience mild headaches, out of the well over 100 doses that I’ve recorded in the dosage log, so it’s pretty mild relative to the other commercial vaccines that are in production and in clinical trials,” Estep said.

While RaDVaC consists of scientists and engineers that Estep says have a “level of competence” to judge the safety of the vaccine, other experts are warning that this kind of self-experimentation can be dangerous.

“The biggest concern is that information about how to develop this vaccine in untrained hands really could lead to serious health harms,” University of Illinois law professor Jacob Sherkow said in an interview with CTV News.

Sherkow said there is also concern that the DIY vaccine trend may spread beyond COVID-19.

“As people learn about the do-it-yourself vaccine movement for COVID specifically, there’s going to be hesitancy to take a vaccine that otherwise is commercially developed, either because of anti-government or anti-regulatory leanings,” Sherkow explained.

Additionally, Sherkow said DIY vaccines may give ammunition to anti-vaccination conspiracy theories that are “just starting to currently bubble over in the COVID context.”

While it is impossible to stop someone from experimenting on themselves, critics say government regulators should step in and monitor this homemade vaccine trend.

“Vaccines, before they’re approved, need to undergo clinical trials to ensure that they’re both safe and effective,” Sherkow said.