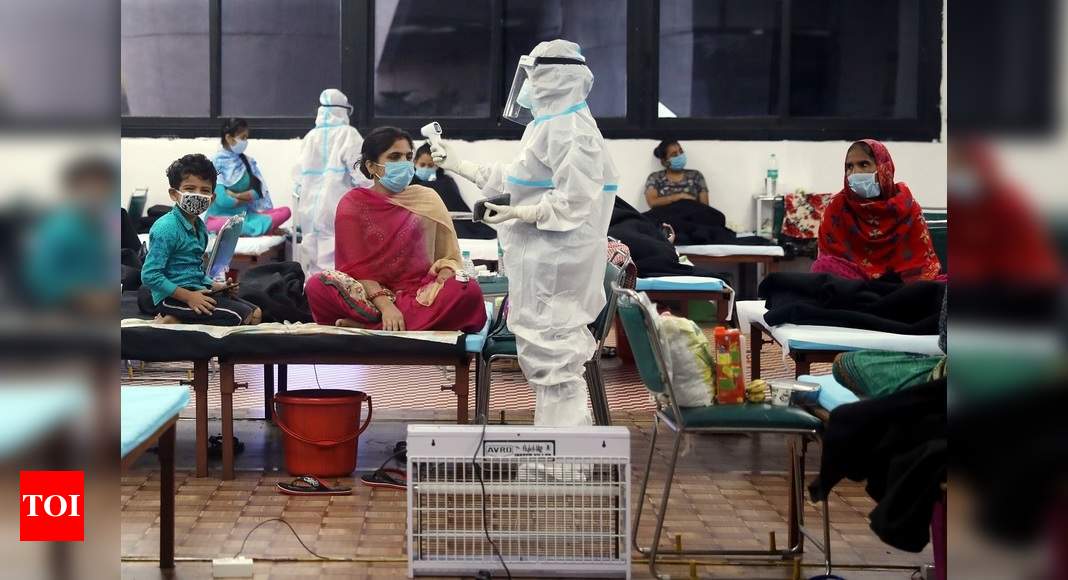 NEW DELHI: The dip in the national R value – indicating the likely number of people a Covid positive person can infect – to below 1 in the last week in five high burden states helped moderate India’s curve of active infections, but durability of the gains depends on continued progress in these states and profile of the disease in five metros.
The cities of Mumbai, Pune, Chennai, Kolkata and Bengaluru may hold the key to how the pandemic progesses even as estimates by the Institute of Mathematical Sciences, Chennai show India’s R value dropped marginally to 0.9 in the week starting September 19 from over 1.1 in the previous week. While all the five high burden states of Maharashtra, Karnataka, Tamil Nadu, Andhra Pradesh and Uttar Pradesh registered R value of below 1 during September 19 to 22, the number has begun creeping up again in Maharashtra and Karnataka, says Sitabhra Sinha, a researcher at the Institute.

“At present, India is dependent on how Maharashtra is doing because the state accounts for a large number of active cases and therefore, it is going to contribute to the national average. Of course, it will also depend on the magnitude of R. But so far, Maharashtra continues to dominate the R value of India,” says Sinha.
The R value is subject to interpretations but is a useful measure of how fast the disease is spreading.
Coronavirus in India: Complete coverage
Sinha says if India is able to sustain the R value below 1 for a longer period of time, then the epidemic may begin declining.

But he points out that the national average may not be solely related to states reporting high number of cases.
“The government needs to focus on containment measures in states that currently do not have large number of active cases but where the R value is more than 1. Because a higher R value means these states can possibly replace the current high burden states and then impact the national average,” Sinha said. This would means states with a low case load begin to register many more.

Covid-19 in India: Live updates
Among the top five high burden states, Andhra Pradesh and Uttar Pradesh have R value below 1. Between September 18-21, Mumbai’s R value dropped below 1 but it has again risen.
Similarly, the value has again gone above 1 in Chennai, Bengaluru and Kolkata. However, the latest trend of recoveries outstripping new cases has also raised hope that if India is able to bring down the growth rate in active cases, the R value will fall too.