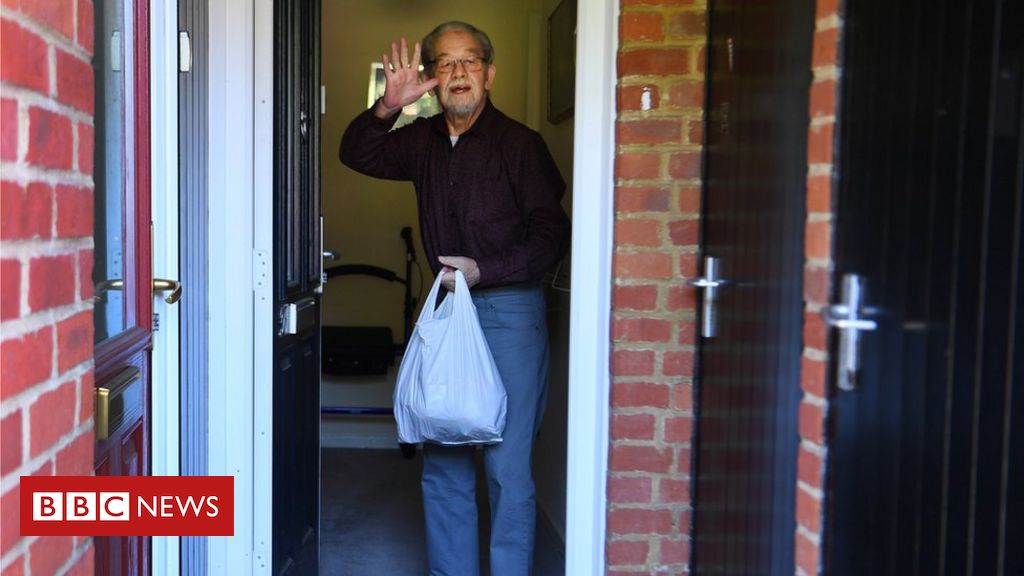 Refusing to self-isolate when told to is now illegal in England from Monday, with fines of up to £10,000.

Anyone who tests positive for Covid-19, or has been told they have been in contact with someone who has, now has a legal duty to quarantine.

It comes as a study commissioned by the government found just 18% of people who had symptoms went into isolation.

Meanwhile, the government has promised an “uninterrupted supply” of PPE for front-line workers over the winter.

Four-month stockpiles of PPE – personal protective equipment such as masks, visors and gowns – will be available from November, the Department of Health has said.

What are the self-isolation rules?
The latest social distancing rules in England

From Monday, it will be a punishable offence not to comply with an official instruction to self-isolate, with fines starting at £1,000 and rising to £10,000 for repeat offenders or serious breaches.

Police officers can check that people are complying with the rules in virus hotspots and among high-risk groups based on “local intelligence”, the government said.

The law applies to people who have tested positive for coronavirus, or who have been told by NHS Test and Trace to self-isolate as they have been in close contact with someone with the virus.

And if someone tests positive, it is illegal to knowingly give false information about their close contacts to NHS Test and Trace.

People on low incomes who cannot work and are losing income while self isolating will be able to get a £500 payment.

Nearly four million people who receive benefits in England will be eligible for the money, and it will be backdated once the scheme is properly set up in their council area, the Department of Health said.

Home Secretary Priti Patel added the new fines were “a clear sign that we will not allow those who break the rules to reverse the hard-won progress made by the law-abiding majority.”

And Health Secretary Matt Hancock said the government will “not hesitate” to introduce further measures if case numbers continue to rise.

As of the last week of August, more than 19,000 fines had been issued in England and Wales for alleged breaches of coronavirus laws, a letter from the attorney general said.

The UK government hopes the new fines will be replicated in Wales, Scotland and Northern Ireland – which all have powers to set their own coronavirus rules.

Earlier this month, the Scottish health secretary said the issue would be under discussion.

Meanwhile, Wales is the latest part of the UK to bring in further local lockdown rules, with new restrictions in Neath Port Talbot, Torfaen and Vale of Glamorgan from 18:00 BST on Monday.

It will mean nearly two-thirds of Wales’ population will be under lockdown – with people not allowed to enter or leave their county unless for a limited number of reasons and banned from meeting other households indoors.

The government’s self-isolation rules mean a person cannot leave their house – even to buy food or other essentials, or to exercise.

It requires anyone with symptoms or a positive test result to isolate for 10 days, while members of their household or people who have been contacted by Test and Trace must quarantine for 14 days.

The crackdown on self-isolating comes as research carried out for the Department of Health found that the number of people with symptoms following the self-isolation rules was low.

Although people’s intention to self-isolate was high – around 70% – only 11% of people went into quarantine after being asked to by NHS Test and Trace.

The most common reasons that people gave for not self-isolating were because they needed to go to the shops for groceries or a pharmacy or because their symptoms got better.

Men and younger people were also less likely to follow the test, trace and isolate guidance, the research added.

Mr Hancock has also promised that health and social care workers will get enough PPE, as the number of UK coronavirus cases rises again.

He said it had been a “massive challenge” to get enough at the start of the pandemic – when health and care staff warned of widespread shortages.

“That’s why we have worked every day since to ensure we have an uninterrupted supply to meet the challenges in the coming months and protect those who are protecting us,” he said.

The Department of Health said 70% of the expected demand for PPE will be met by UK manufacturers from December.

PANDEMIC PERSPECTIVE: How lockdown has changed the way I think about my career

THE ASK MARTIN LEWIS PODCAST: Is there a silver lining to a Covid Christmas?