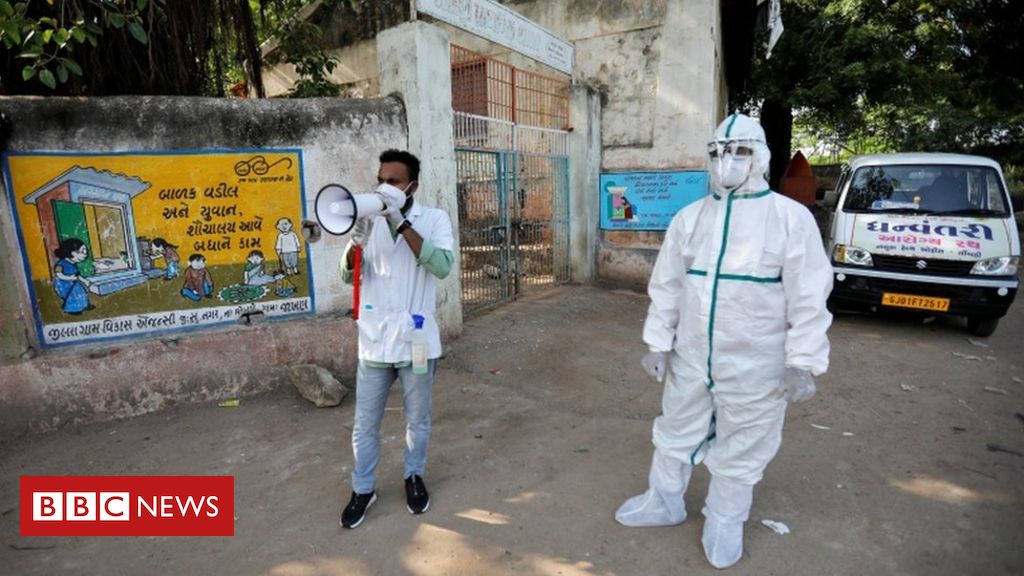 A test that can diagnose Covid-19 in minutes will dramatically expand the capacity to detect cases in low- and middle-income countries, the World Health Organization (WHO) has said.

The $5 (£3.80) test could transform tracking of Covid-19 in less wealthy countries, which have shortages of healthcare workers and laboratories.

A deal with manufacturers will provide 120 million tests over six months.

The WHO’s head called it a major milestone.

Lengthy gaps between taking a test and receiving a result have hampered many countries’ attempts to control the spread of coronavirus.

In some countries with high infection rates, including India and Mexico, experts have said that low testing rates are disguising the true spread of their outbreaks.

The “new, highly portable and easy-to-use test” will provide results in 15-30 minutes instead of hours or days, WHO Director General Tedros Adhanom Ghebreyesus told a news conference on Monday.

Drugs manufacturers Abbott and SD Biosensor have agreed with the charitable Bill and Melinda Gates Foundation to produce 120 million of the tests, Dr Tedros explained.

The deal covers 133 countries, including many in Latin America which is currently the region hardest-hit by the pandemic in terms of fatality and infection rates.

“This is a vital addition to their testing capacity and especially important in areas of high transmission,” Dr Tedros added.

“This will enable the expansion of testing, particularly in hard-to-reach areas that do not have laboratory facilities or enough trained health workers to carry out tests,” he said.

What are Monday’s other main developments?
New restrictions have been announced in the Netherlands, where the health minister says authorities are struggling to keep the virus under control. The new rules say no more than three adult guests will be allowed inside homes; bars and restaurants must close by 22:00 and a shopping hour will be made exclusively for vulnerable individuals
In other European countries new rules came into force. One million residents in Madrid will not be able to leave their area except to go to school or work, and public parks will close. In 12 areas of France including Paris, bars must close between 22 :00-06:00 and in Brussels, cafes and bars must close by 23:00

The hotel quarantine system in Victoria, Australia, was responsible for the deaths of 768 people and 18,418 infections, an inquiry has heard. It was also told that the scheme, which began on 29 March and was supposed to protect residents from the virus, was “hastily assembled” in less than two days
India’s Covid-19 caseload has crossed six million – and experts say the situation may get worse because of the upcoming festive season, especially during the festival of Diwali when people go out to shop

Pubs will be allowed to reopen in Kenya on Tuesday, six months after they were shut to curb the spread of coronavirus. But President Uhuru Kenyatta has extended a night-time curfew for 60 more days, and schools will stay closed
Medical whistleblowers in the Chinese capital, Beijing, will receive greater protection under a new law passed on Sunday. The new rules follow the high-profile case of Dr Li Wenliang, an ophthalmologist in the city of Wuhan, where coronavirus first emerged late last year

Bars in Paris and 11 other areas of France must close from 22:00 in new restrictions

There are fears of an Autumn surge in the US, where infections are growing in 21 states, according to analysis of Johns Hopkins University data by broadcaster CNN. Those states make up almost half of the country, and the number of cases last week increased by at least 10% compared to the week before. The US has reported more than seven million confirmed cases and last week surpassed 200,000 deaths
The G20 summit in November will be held virtually, according to an announcement by authorities in Saudi Arabia, which currently hold the presidency of the group