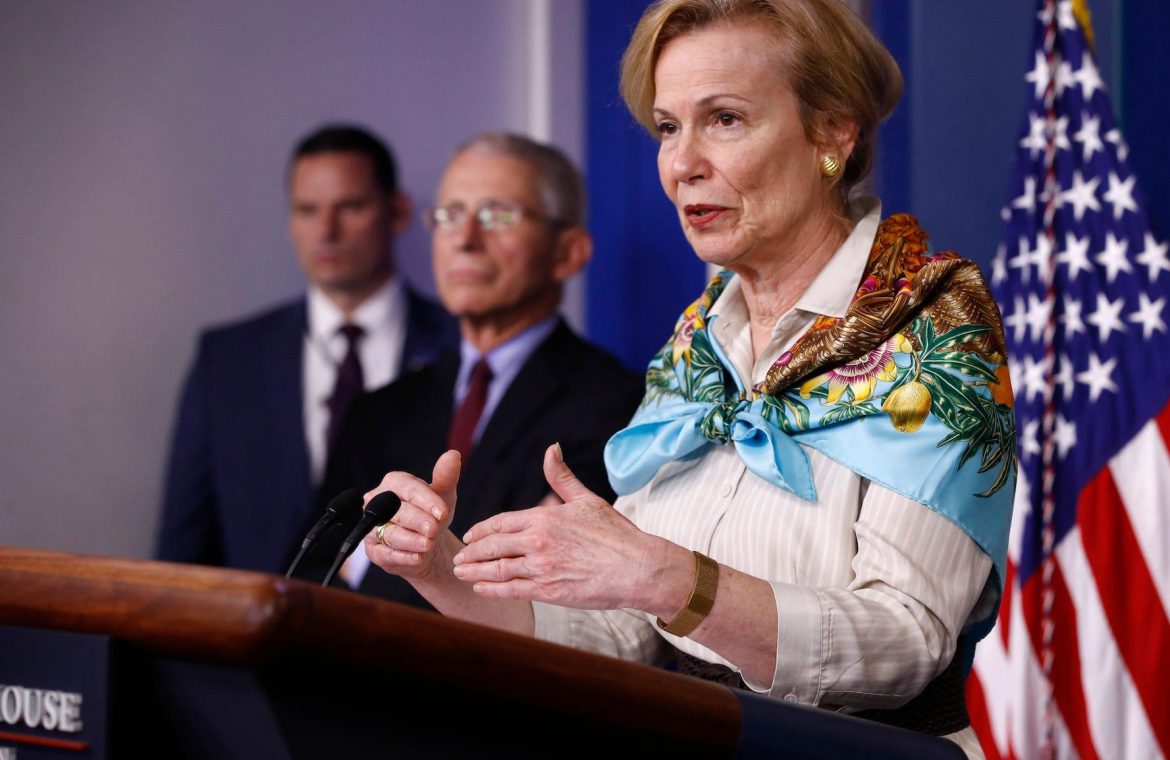 Dr. Deborah Birx, a physician on the White House Coronavirus Task Force directly took a role in asking the CDC to include documents that undermined the threat of coronavirus to school-aged children in mid-July.

In early July, Trump criticized the CDC for advising schools to not reopen. The CDC later changed course in new guidelines released on July 24.

According to a July 19 email obtained by the Times, Birx asked CDC Director Dr. Robert Redfield to incorporate a document from the Substance Abuse and Mental Health Services Administration, a small agency in the Department of Health and Human Services which suggested that the coronavirus was not a big issue for kids “as background in the introduction section” of CDC guidance on schools reopening.

The document suggested that there were “very few reports of children being the primary source of Covid-19 transmission among family members have emerged” and claimed that asymptomatic children “are unlikely to spread the virus.”

A White House official told Business Insider that Redfield and Birx “have known each other for close to 40 years,” and dismissed the Times’ reporting she “pressured” the CDC head.

“Dr. Redfield was Dr. Birx’s mentor,” the White House said. “The notion that Dr. Birx was “pressuring” Dr. Redfield to do something he didn’t agree with seems preposterous on its face. A conversation or comments exchanged between friends and colleagues is hardly some sort of politically-charged demand. Asking for more precise information on a chart is not pressure either.”

On July 24, the CDC walked back its cautious guidance on reopening schools, after criticism from President Donald Trump.

“Reopening schools creates opportunity to invest in the education, well-being, and future of one of America’s greatest assets — our children — while taking every precaution to protect students, teachers, staff and all their families,” the new guidance stated. The new recommendations emphasized that the “best available evidence” suggests children are unlikely to be “major drivers of the spread of the virus.”

Scientists did raise concerns over how it seems to minimize the risk of coronavirus to children, and most of the language was not used in the guidelines, the Times reported. Despite pushback from CDC, the “gist” of that document position was the introduction text to final CDC guidelines that called for schools to reopen.

Trump had earlier that month slammed CDC recommendations on reopening schools as “very tough” and “expensive.”

“President Trump relies on the advice of all of his top health officials who agree that it is in the public health interest to safely reopen schools, and that the relative risks posed by the virus to young people are outweighed by the risks of keeping children out of school indefinitely,” Brian Morgenstern, a White House spokesman told Business Insider. “The Administration has provided funding, guidance, masks, tests, and other resources to states and local districts to help them.”

“During this unprecedented global pandemic, the Coronavirus Task Force brings together the federal government’s leading health scientists, who offer different expertise and views on a variety of issues during the policymaking process,” he added.