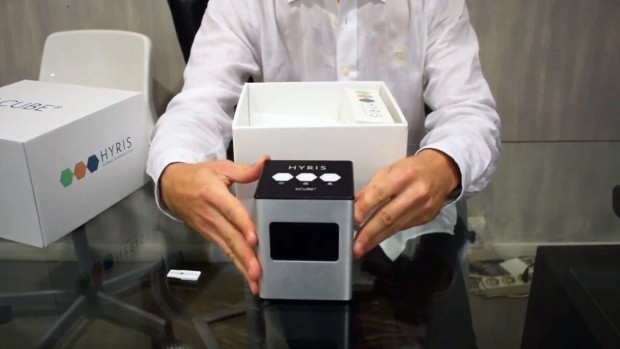 TORONTO —
As new technology for COVID-19 testing hits the market, the international focus has shifted away from the availability of these tests and instead to the speed in which they can produce results.

On Monday, officials at the World Health Organization announced they would distribute 120 million rapid tests to lower- and middle-income countries. At $5 apiece, these paper-based tests can determine if someone is infected with the coronavirus in about 15 minutes.

Meanwhile in Canada, there are about 12 point-of-care rapid tests still awaiting review, while just two have been approved: one from Precision Biomonitoring in Guelph, Ont., which provides results in about 65 minutes and the Hyris bCUBE, which was approved on Friday.

The bCUBE is a portable DNA testing device made in the U.K. that determines if someone is infected within 90 minutes with 95-per-cent accuracy.

“I call it the Easy Bake Oven because it’s a little blue silver box, you open the door and you put the cartridge in and you close it,” Dr. Steven Newmaster, a genomics professor at the University of Guelph, told CTV News.

Newmaster said the device can help Canada’s current testing infrastructure in several ways, with plans to use the small device in Indigenous and rural communities, but also in the workplace and for travel.

“You don’t have to go to clinical labs now,” he said. “You can be in your place of work, in your place of education … it could be used in airports to get us travelling again, especially work related but eventually also for people who want to travel for holidays.”

Under the current system, it can also take several days for a COVID-19 test to return with results.

The federal government has been criticized for not approving rapid testing devices sooner, but Health Minister Patty Hajdu said two weeks ago that Health Canada was not convinced the devices were good enough. Health Canada has previously declined to provide a timetable for their approval or disapproval of any rapid COVID-19 testing products.

David Juncker, principal investigator at McGill University’s Genome Quebec Innovation Centre believes Canada argues it might be time to adjust how the government examines these products.

“It seems that Canada is actually falling behind here,” he said. “It will be very important that we start to approve these tests and start to use them and also start to gain information about exactly where they can have an impact.”

“The way we have considered these rapid approval was falling back on kind of the old ways of approving tests, but I think we have a pandemic on our hands so I think it’s time for bold action to revisit these criteria.”

While 90 minutes and 65 minutes are an improvement, Juncker believes the real benefit is in tests that offer results in 15 minutes.

“You could test every day,” he said. “Instead of taking one test and then not taking a test for the next 10 days, you would take it every day and this might in fact be more efficient to help diagnose to help actually catch people who are who are infectious.”

Among the companies waiting on Health Canada is Dartmouth, N.S.-based Sona Nanotech. The company’s test works similarly to a pregnancy test in which the tab will identify a contagious person with coloured lines.

“It can be applied very simply, with just a swab and some test tubes and can be assessed in 15 minutes,” said Sona Nanotech CEO David Regan.

The test is designed for use in a medical setting but the company is also working on a home test.