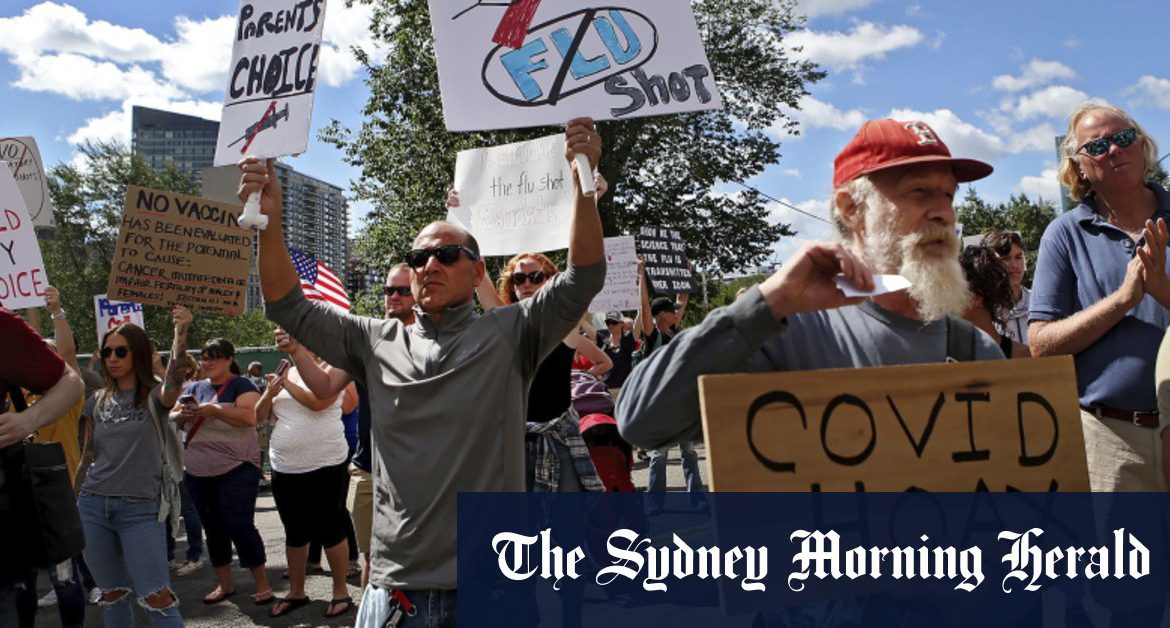 University of Sydney’s US Studies Centre political science lecturer Shaun Ratcliff said Americans were more polarised on the issue of fines, masks and lockdowns than Australians.

“It comes from the higher level of trust Australians have in both medical experts and their leaders,” he said.

“Coalition voters tend to trust Labor Premiers. So there is a lot less of that partisan division in Australia,” Dr Ratcliff said. “We are more likely to trust our leaders and that seems to be flowing through to our willingness to accept restrictions on movement and requirements to wear masks, especially if you’re in Victoria.”

While there are some levels of opposition to COVID-19 restrictions in Australia, they were much lower than in the US. “There is a lot less heterogeneity in opinion in Australia,” Dr Ratcliff said.

“If you are in the United States, you have received from some Republican leaders this message that this isn’t actually that serious, it’s not much worse than the flu,” he said.

President Trump and some Republican governors had, at times, played down the severity of COVID-19 which had contributed to a backlash against restrictions by many Republican voters.

Dr Ratcliff said, while there were Australians who had been critical of some restrictions, it was “a much smaller part of the conservative side of politics”.

“There has been a much greater uniformity of messages from political leaders and officials on both sides of politics in Australia,” he said. “When Australians are getting a more consistent message that this is a serious issue and we need to take serious measures to make sure people’s health and safety is protected, it provides less of an opportunity for some of this opposition to build up.”

While the US had more of a libertarian culture, the inconsistency of messages from leaders had contributed to greater opposition to restrictions by Republican voters.

The research is based on a YouGov survey of 1375 Australian and 1060 American respondents was taken between August 31 and September 9 and funded by the United States Studies Centre at the University of Sydney, La Trobe University and the University of Melbourne Policy Lab. The data was weighted to be representative of each country’s population.

Don't Miss it Coronavirus is hitting PNG hard and Australia's just thrown them a financial lifeline | ABC News
Up Next Explainer: Why the coronavirus death rate still eludes scientists