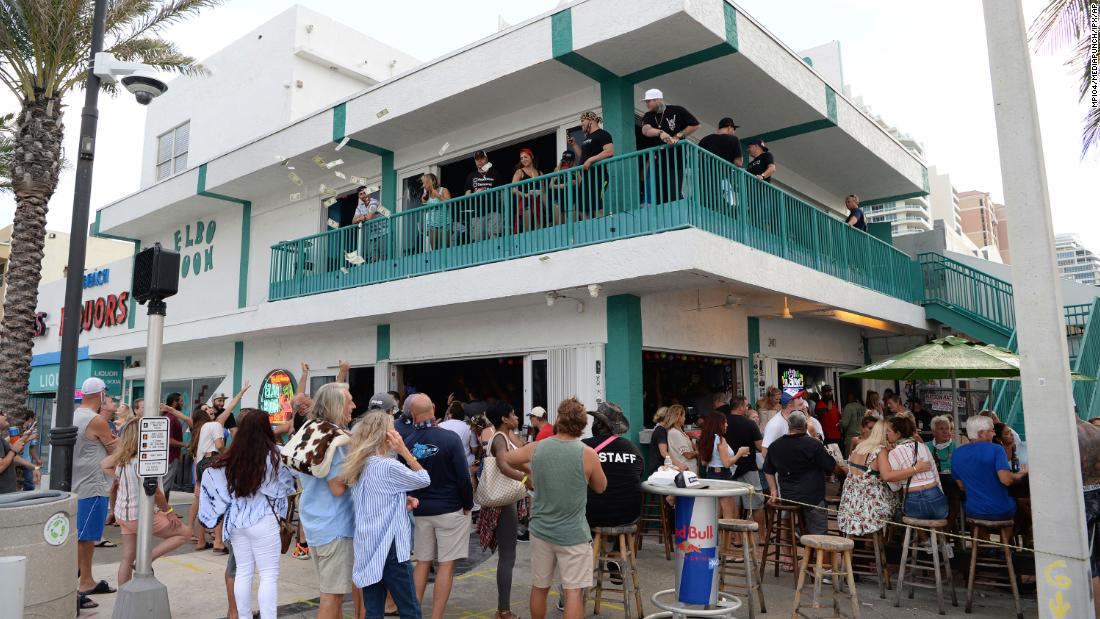 This comes as at least 26 states — mostly in the country’s northern half — were reporting higher seven-day averages of new daily cases early Wednesday than a week ago.

Wyoming, which last week set a single-day record for new Covid-19 cases, loosened rules around restaurants after the governor said data showed dine-in restaurants have “not significantly contributed” to spread of the virus in the state.

The announcements come after the US topped more than 7.1 million infections and more than 206,000 deaths, according to data from Johns Hopkins University. With many social settings moving indoors amid cooler weather and a potentially complicated flu season on the horizon, leading experts like Dr. Anthony Fauci have urged communities to continue heeding safety guidelines — such as wearing masks and social distancing — and prepare for another rise in infections.

For the country as a whole, though cases rates are down from a summer surge, they recently have inched up.

The White House coronavirus task force this week warned that Wisconsin experienced a “rapid worsening of the epidemic in the last week,” and called on the state to increase social distancing.

Wisconsin had the third-highest rate of new cases per capita last week and had a test-positivity rate of between 8% and 10%, the seventh highest in the country, the task force said in a report dated Sunday and obtained by CNN.

Evers said Tuesday that Covid-19 cases in the state were “picking up speed.”

The state’s seven-day average of new daily cases hit its record for the pandemic Tuesday at 2,225, according to Johns Hopkins. That is up from 630 just six weeks ago.

“No party, no gathering, no bar is worth it,” Evers said.

The Midwest — as defined by the US Census Bureau — has recently overtaken the South for the country’s highest seven-day average of new daily cases per 1 million residents, according to Johns Hopkins data.

The Midwest averaged 156 cases per 1 million people, against 124 in the South, 88 in the West and 51 in the Northeast, Johns Hopkins data show.

Kentucky governor says rise in cases should be ‘wake-up call’

“We can’t let this thing get out of control again because we’re tired,” Beshear said. “I said yesterday I believe we’re at the start of a new escalation. We’re certainly seeing that in today’s numbers.”

Experts have said the long months of the pandemic mean the US population is especially weary. Many across the country have given up on avoiding crowds and taking precautions and pushed for a return to normalcy — a fatigue officials say can be dangerous.

“We’ve got to work harder,” Beshear said. “This is a war, and we’ve won many battles, but we can’t walk away from the battlefield.”

In Missouri, health care officials say the state now is seeing the “highest hospitalization level” it’s experienced since the start of the pandemic.

“What we are seeing now in Missouri is widespread transmission throughout the state,” Missouri Hospital Association spokesperson Dave Dillon told CNN. “And those numbers are reflective of the fact that this is moving throughout communities and that it is not under control.”

In North Carolina, an Appalachian State University student who was diagnosed with Covid-19 earlier this month has died after suffering later complications, Appalachian State Chancellor Sheri Everts said in a statement.

Covid-19 infections among college-age people surged as schools reopened across the US, according to new studies. One study from the US Centers for Disease Control and Prevention found between early August and early September, cases among persons aged 18-22 years increased 55% nationally.

The student, Chad Dorrill, returned home and went into isolation after testing positive, Everts said. Dorrill returned to Boone, where the university is located, once he had been cleared by a doctor.

But after his return, the student suffered “additional complications” and was hospitalized, Everts said.

“Despite generally being at lower risk for severe illness, college-age adults can become seriously ill from COVID-19,” the chancellor said. “We are seeing a rise in COVID-19 cases in students.”

“All of us must remain vigilant with our safety behaviors wherever we are in our community.”

Dorrill was living off-campus and taking all of his classes online, according to the chancellor. The university, which started classes last month, offers online, hybrid and face-to-face courses.

Don't Miss it Ontario COVID-19 cases rising; could hit 1,000 a day by mid-October, modelling shows
Up Next Coronavirus outbreak at meat factory as one person infects 170 others