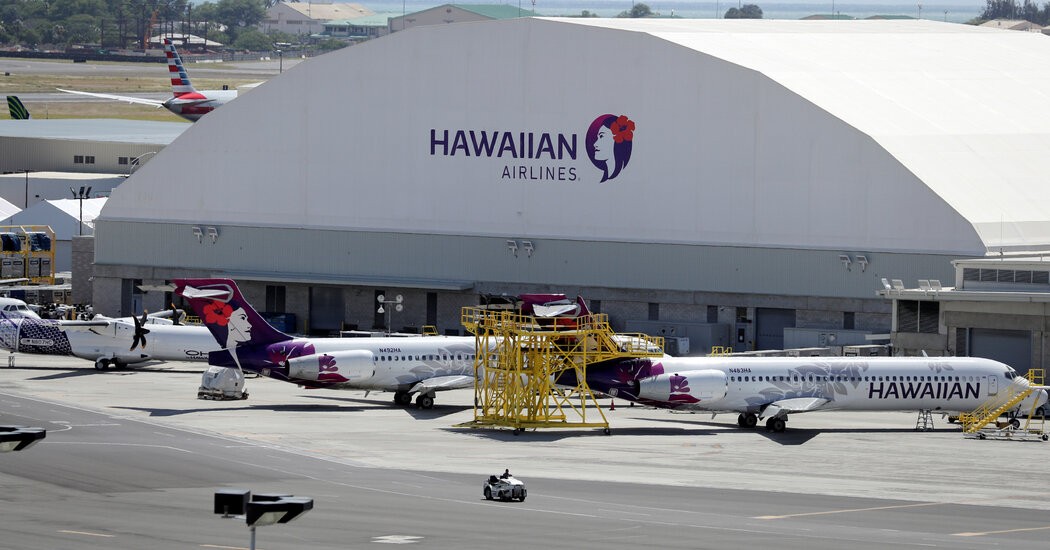 American Airlines said on Tuesday that it will offer coronavirus tests to passengers, joining United Airlines, Hawaiian Airlines and JetBlue Airways in rolling out preflight testing. Tampa International Airport also said it will offer tests. The tests, which range from rapid tests at the airport that return results in minutes to tests that take a few days, allow travelers whose results are negative to skip or minimize quarantine restrictions in various destinations.

The new tests come as the number of people flying both domestically and internationally continues to be at record lows (the Transportation Security Administration screened 568,688 people on Tuesday compared to 1,998,980 on the same date a year ago). Testing at airports, it is hoped, will assuage people who are worried about the safety of flying amid the ongoing pandemic.

“Our plan for this initial phase of preflight testing reflects the ingenuity and care our team is putting into rebuilding confidence in air travel and we view this as an important step in our work to accelerate an eventual recovery of demand,” Robert Isom, American’s president, said in a statement on Tuesday.

American initially will test people traveling to international destinations, starting with people traveling from Miami International Airport to Jamaica. Testing for travel to Jamaica will be for residents flying to their home country; if a passenger tests negative for the virus, the 14-day quarantine currently in place for returning residents would be waived. The airline is also working to start testing for visitors and residents going to the Bahamas and other countries in the Caribbean. Beginning in mid-October, the airline will offer at-home testing that can be done via video call with a medical professional; in-person testing at a CareNow urgent care location; and rapid on-site testing, administered by CareNow at Dallas Fort Worth International Airport for flights to Hawaii.

Tampa International Airport is the first airport in the United States to offer the tests and they will be available to passengers flying on any airline. Tests will be administered by BayCare nurses and medical professionals, and travelers have the option of taking a PCR test that returns results in 48 hours or a rapid antigen test that returns results in 15 minutes. Before the pandemic, Tampa’s airport was one of the busiest in the country, with more than 22 million travelers in 2019. Ticketed passengers who are flying or have flown within three days and can show proof of travel can take a nasal swab test for $125 or an antigen test for $57.

Airlines and airports are desperate to have passengers flying again. The aviation sector faces about 40,000 job losses this week, when the financial relief that was part of the CARES stimulus package ends Oct. 1.

“More rapid, efficient testing allows for a broader reopening of the travel economy, and will enable organizations to more quickly restore lost jobs and rehire workers,” said Tori Emerson Barnes, the U.S. Travel Association’s executive vice president of public affairs and policy, earlier this month. “Importantly, a robust testing program would allow America to welcome back international visitors, a segment of travel that has effectively disappeared since the start of the pandemic.”

Announced last week, United’s pilot program for testing passengers and people traveling from San Francisco International Airport to Hawaii on the airline will begin mid-October, when Hawaii allows out-of-state visitors to skip quarantine if they have a negative test result within 72 hours of traveling.

“Our new Covid testing program is another way we are helping customers meet their destinations’ entry requirements, safely and conveniently,” said Toby Enqvist, the chief customer officer at United, in a statement, adding that the airline is looking to expand testing to other destinations and airports in the United States.

JetBlue is offering an at-home saliva test that is administered through an online video chat with a Vault Health test supervisor who ensures customers are providing their samples correctly. The airline’s test is for people traveling to countries that allow people to enter if they have a negative test result. Travelers receive results within 72 hours.

Airports and airlines have been touting increased cleaning procedures and many have mandated social distancing and mask-wearing rules, all in an attempt to keep travelers safe and make them feel confident about flying.

“Offering tests is consistent with other things major airlines have been doing to make people feel more comfortable around travel experiences,” said Stephen Beck, the founder and managing partner of cg42, a management consultancy that has advised aerospace companies.

The tests come a few months after airlines and travel trade groups asked the government to create a federal testing program and guidance mandating that people wear masks, but that has not happened and airlines have created their own policies and systems. Airlines also asked European Union and American officials to create a testing program to encourage travel.

Carlos Ozores, the aviation and Americas consulting lead at ICF, an airline and aviation consultant, said that the move to offer testing won’t lead to a full recovery in air travel, but will likely gain traction in the coming months, especially for international travel.

“This is really meant for international markets where you have country restrictions that require a quarantine or a negative test result,” Mr. Ozores said. “I imagine this will be rolled out more broadly when catering to international travel.”

Mr. Ozores added that in order for testing by airlines and airports to work, governments would have to agree to accept the validity of each others’ tests, and consistent standards would have to be applied, regardless of where the tests were being done.

Among other developments in airline virus testing, Hawaiian Airlines will have drive-through testing sites for its passengers in San Francisco and Los Angeles in partnership with Worksite Labs; the tests will cost $90 for results within 36 hours, or $150 for day-of-travel express service beginning in mid-October.

In Europe, the Italian airline Alitalia is offering tests on flights between Rome and Milan through October. The airline is also hoping to test on flights and at airports for passengers traveling between New York and Italy.