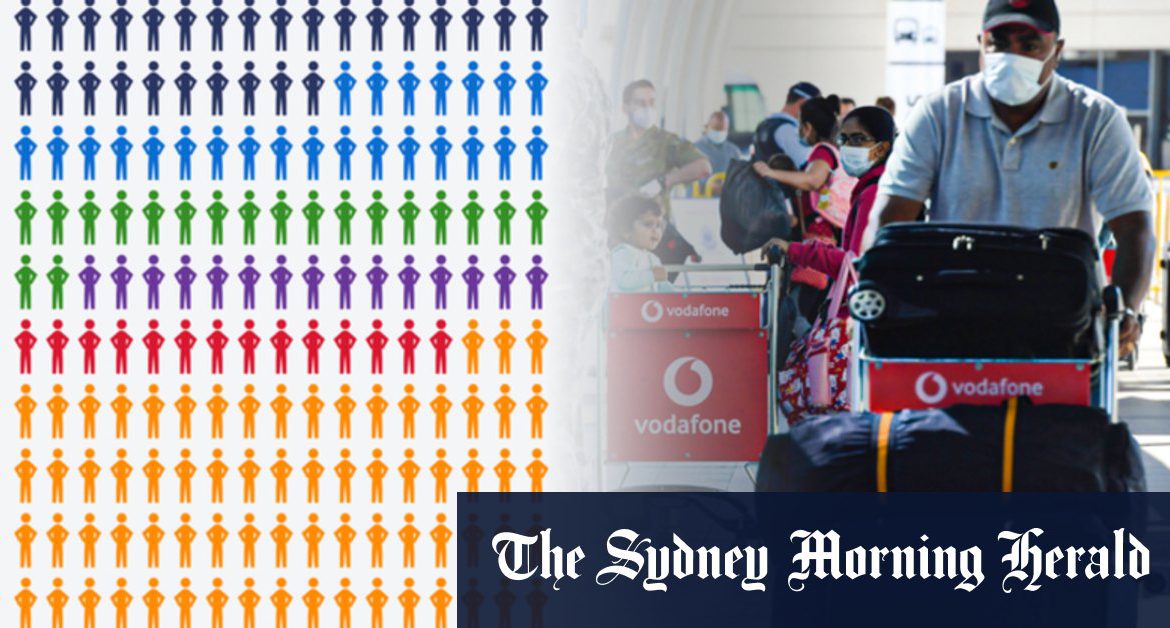 With confirmed cases isolated and Sydney’s COVID clusters burning out the virus is being starved of new bodies to infect, but Chief Health Officer Dr Kerry Chant warned it is still circulating undetected and called for constant vigilance, especially in south-west Sydney.

Since March 29, there have been 786 confirmed COVID-19 cases among returned travellers in hotel quarantine. Cruise ships, Pakistan, the US, Britain and India accounted for more than 58 per cent of COVID-19 infections in quarantine.

Cruise passengers and crew accounted for 16 per cent (125 people).

All four countries have been badly affected by COVID-19 outbreaks.

The US has recorded more cases than any other country, with more than 7 million people infected and 205,000 COVID-related deaths. India is inching closer to overtaking the US, with more than 6 million confirmed cases and roughly 80,000 deaths added to the total daily.

Britain recorded its highest daily number of new cases on Wednesday (4044) and an overall COVID-19 death toll of more than 42,000 people.

Pakistan is faring comparably well after flattening the curve in the past three months from its peak daily total of new infections exceeding 5000 to 747 on Wednesday and a total of 312,263 cases over the course of the pandemic.

But regardless of their countries of origin, all international travellers arriving in Sydney are treated as high risk.

More than half of NSW’s 4038 COVID cases are imported from overseas and 90 are travellers who contracted the virus interstate.

Passengers from San Francisco arrive at Sydney International Airport before being transported to hotel quarantine on Wednesday evening.Credit:Wolter Peeters

The majority of people diagnosed with COVID-19 in hotel quarantine are Australian nationals, a spokesperson for NSW Health said.

Australia was one of the first countries to implement mandatory 14-day quarantine for incoming international travellers.

Since March 28, all returned travellers have been shepherded from Sydney International airport to quarantine hotels managed by NSW Health and NSW Police.

Passengers arrive at Sydney International Airport from Los Angeles that arrived just after 6am on Thursday.Credit:Kate Geraghty

All arrivals are screened at the airport and anyone running a fever or who has any symptoms are tested and referred to a “Health Hotel” managed by NSW Health.

People who were well and had no symptoms at the screening are sent to a quarantine hotel managed by NSW Police.

Everyone in hotel quarantine is tested on day two of their stay and again on day 10. Anyone who refuses to be tested must remain in quarantine for an additional 10 days.

Before leaving hotel quarantine, everyone has a temperature check and an interview with a doctor about their health.

The last locally-acquired case in NSW was reported on September 25, a man in his 50s from a disability home that contact tracers suspect is linked to the Liverpool Hospital cluster.