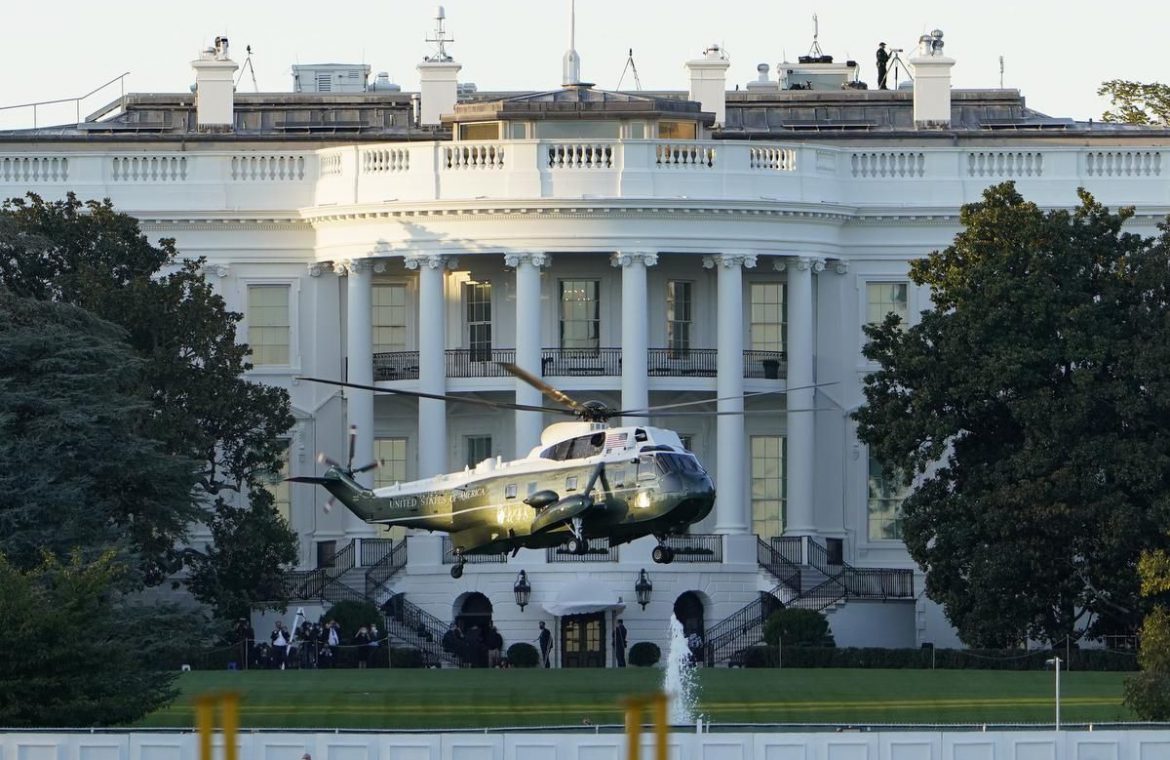 As the president of the United States boarded the Marine One helicopter for hospital on Friday, he was leaving behind a dizzying array of questions.

Donald Trump was bound for Walter Reed National Military Medical Center, where he will be treated for COVID-19, the disease that has consumed the attention, and the health, of the country he leads for the past six months.

Trump’s diagnosis, announced on Twitter the previous night, has speculation swirling about his condition, an already-fraught election campaign and what would happen should he become incapacitated by the virus that has shaken America and the world.

The Star talked to political observers about some of the most pressing implications of the president’s health problems.

All eyes may be on Mike Pence

In a scenario with so many moving parts — how sick Trump is, whether others close to him will test positive — one certainty is that the campaign must go on.

For the minimum of 14 days that the president is in isolation, surrogates such as U.S. Vice-President Mike Pence, who has tested negative for the virus, and White House Chief of staff Mark Meadows, may play a greater role in campaigning.

“Given some of Trump’s issues of late with messaging that, in some ways, could be a boon,” said Renan Levine, a political science professor at the University of Toronto. “I would expect that as others in the campaign handle Trump’s messaging, that the messaging is going to be more on-theme. More on what needs to be done in the campaign to sway voters.”

Levine points out that polling throughout the 2020 presidential election campaign has been incredibly stable — with Trump behind by about 10 points in the polls, and few undecided voters.

But among those voters Levine calls “wavering,” who may be Republicans who don’t appreciate Trump’s persona, yielding centre stage to a more conventional conservative leader such as Pence may be just the motivation they need to go vote, with about a month left of campaigning.

Stewart Prest, a political science professor at Simon Fraser University, said Trump’s disappearance from rally stages will be a major disruption to what has been a “leader-centred” campaign.

“The approach to campaigning that Donald Trump favours is not going to be possible in the same way, bringing together large rallies. He’s a galvanizing figure for the campaign, so there’s no one who can replicate that. It really is Donald Trump’s party.”

“We should expect there will be an outpouring of at least some sympathy for Trump even if some of the response is, ‘Well, this was a risk that all the doctors told you was going to happen,’” Levine said.

The question is whether that sympathy will translate into votes. On that front, Levine is doubtful.

“America is already so polarized,” he said. “People are going to respond to the news of Trump’s illness as Republicans and Democrats.”

Markets will react to an even greater level of uncertainty

Walid Hejazi, professor of international business at the University of Toronto, said the news that Trump has coronavirus leaves financial markets in an even more volatile position than they already were.

Start with the election itself. The stock market thrives when the future regulatory and political environment in the U.S. is predictable, and likely to remain stable. With Donald Trump behind Democratic presidential contender Joe Biden in the polls, the likelihood of future policy changes is already high.

The uncertainty surrounding the president’s health just raises the stakes.

Trump could change his tune on COVID-19 … or not

The president, as a 74-year-old man, is in a higher risk category for having a severe form of COVID-19, but the most likely outcome is that he will recover fully.

Dr. Jay Bhattacharya said on Bloomberg TV on Friday that a person with Trump’s risk factors still had about a 90 per cent chance of recovering without having to be hospitalized.

The White House said Trump was showing “cold-like” symptoms. In the evening, he was taken to the military hospital, reportedly as a precaution.

But, given the president’s statements downplaying the seriousness of the COVID-19 pandemic, there is a chance that the president contracting the illness could change his tone — and that of those who have followed him.

“Somebody who has been at the forefront of COVID-19 skepticism nationally, him contracting the virus may lend some credence to taking this more seriously,” Prest said.

But Prest and Levine are both watching closely for how Trump’s disease progresses — and whether that has a bearing on his supporters’ impressions of the pandemic.

“I will unequivocally state as an American that I pray and wish for the president to make a speedy and quick recovery,” Levine said. “As a political scientist, I worry that an implication of a speedy recovery may be that Americans who look to him will continue to not take the pandemic seriously.”

The second debate is in doubt

A diagnosis of COVID-19 throws all of Trump’s pre-scheduled campaign events out the window.

The next debate between the candidates is scheduled for Oct. 15 — exactly 14 days after Trump’s positive COVID-19 test. Since Trump is experiencing COVID-19 symptoms, and will likely have to isolate for 14 days after symptoms dissipate, it’s unlikely he will be able to make that date.

“The debate was already under scrutiny given how chaotic the first was,” Prest said. “The debate cannot go ahead with one candidate seriously ill so that portion of the campaign might be suspended.”

Changes already proposed to the debate structure, intended to promote a more productive dialogue between the two men, will likely have to be re-examined.

More government figures will be tested, and isolate

With the president isolating for at least 14 days, and at least one senior Trump adviser, Hope Hicks, having also tested positive, other government officials will have to be tested.

“One of the things we need to ascertain is how many people are affected,” Prest said. “If a significant portion of the executive branch are isolating, that raises questions about the functioning of government.”

This is one of the major reverberations associated with Trump’s diagnosis.

Biden must decide what to do while Trump is sick

Biden has maintained a relatively low profile throughout the 2020 election campaign, seemingly preferring to allow Trump to speak for himself while enjoying a 10-point lead in the polls.

Trump’s COVID-19 diagnosis means he will be in public a lot less — leaving Biden with a choice between trying to use that time to gain more Trump-free airtime, or taking a step back to respect his opponent’s inability to campaign.

Much will depend on how quickly Trump recovers.

A New York Times journalist Friday tweeted Biden would be pulling all negative ads about Trump.

Notably, Trump continued campaigning in 2016 when Hillary Clinton experienced pneumonia. He even mocked her falling over during her illness in front of a rally crowd.

There will be conspiracy theories

Already online Friday, unfounded rumours started circulating on both the left and the right about Donald Trump’s illness.

Prest viewed the online chatter as a both a symptom of how polarized the United States is, and how we can expect the rest of the campaign period to proceed.

“It’s going to make it harder to have a sustained and factually based conversation in the United States where everyone agrees on what happens,” Prest said.

Alex McKeen is a Vancouver-based reporter covering transportation and labour for the Star. Follow her on Twitter: @alex_mckeen

What do you think might be some other implications of Donald Trump’s COVID-19 diagnosis? Share your thoughts:

Don't Miss it Oxford coronavirus vaccine could be rolled out within six months: Report
Up Next US coronavirus: Former CDC director doubles down on importance of masks and social distancing

A woman runs through the international departures area at the Calgary International Airport on June 9, 2020 Todd Korol/The Globe…