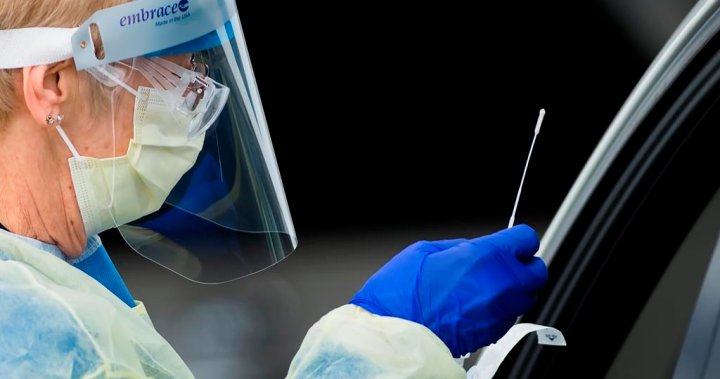 Canada is reporting more than 1,800 new coronavirus cases and 52 deaths to the national tally on Saturday as the country’s top doctor warns time is running out to prevent a massive surge.

Not all provinces report their daily tallies on Saturday, so the national increase of 1,812 additional cases does not include new Saturday case data from Prince Edward Island, Alberta, B.C. or the territories.

And while some of the new numbers include cases added from previous months, the overall picture shows a continued spike in infections that chief public health officer Dr. Theresa Tam says are worrying.

“Our chance to prevent a large resurgence narrows with each passing day of accelerated epidemic growth,” Tam said in a statement on Saturday.

“Public health testing and tracing remains vital, but it is clear that without all of us making hard choices now to reduce our in-person contacts and maintain layers of personal protections at all times, it won’t be enough to prevent a large resurgence.”

The case increase comes after the country broke a grim milestone reporting more than 2,000 new cases in one day on Friday and as pressure on the testing system mounts.

Despite pleas from public health officials like Ottawa’s top doctor, Vera Etches, that the city is reaching “crisis” levels set to overwhelm the health-care system, new cases continue to rise as Canadians continue to gather with those outside their household and in restaurants and bars across the country.

Ontario and Quebec this week rolled out new restrictions aimed at curbing the spiking cases.

Both continued to report increases on Saturday.

Sixty-four per cent of those case are in people under the age of 40, said Ontario Health Minister Christine Elliott.

Nine of the new cases reported on Saturday were from the spring or summer following a review of case data by provincial health authorities, while 37 of 41 new deaths reported were also from that period.

In Quebec, health officials for the second day in a row reported more than 1,000 new cases.

Saturday saw the province add 1,107 new cases. That brings the provincial total to 77,380.

There was also one new death within the last 24 hours as well as nine previous deaths being newly attributed to the coronavirus. That puts the provincial death total at 5,867.

Nova Scotia reported no new cases while Newfoundland and Labrador reported one case that the province said was travel-related involving a senior male who had recently arrived in the country from Central Africa and then travelled from Toronto to Halifax and Deer Lake, N.L.

“The deceased individual was presymptomatic during travel,” the province said in a press release.

“The risk is low but, out of an abundance of caution, the Department of Health and Community Services is asking people who travelled on Air Canada Flight 8876 departing Halifax for Deer Lake on Wednesday, September 30, to self-monitor for symptoms and contact 811 to avail of testing.”

The individual has since died, the province said.

Manitoba reported 38 new cases but noted two previous cases were being removed from the provincial total, meaning the net number of new cases in the province Saturday were 36.

The province also reported one new death involving a woman in her 80s.

The death marks the 22nd so far related to COVID-19.

Saskatchewan reported 14 new cases for a provincial total of 1,954.

The province reported no new deaths.

Don't Miss it Donald Trump releases video from hospital after positive Covid-19 test – live news | US news
Up Next US coronavirus: New cases are on the decline in only three states