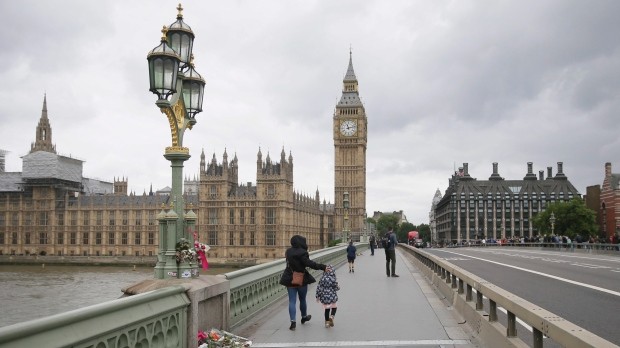 TORONTO —
As COVID-19 cases in the U.K. spike, many Canadian expats may be trying to decide if it’s worth it to stay or if now is the time to return home.

However, Mark Sultana, a Canadian entrepreneur based in London, says he is actually seeing the opposite.

Sultana heads up Canadians in London, a social group for expats with more than 6,500 members. He told CTV News Channel he has seen more Canadians working to move to the U.K. as much of the world enters its second wave of the coronavirus pandemic.

“What would probably surprise you is how many people I still see joining the group every day saying we’re making a move to London, we’re just trying to find out about the quarantine situation and what we can do,” Sultana said in an interview from London on Sunday.

The U.K. reported 12,872 new COVID-19 cases on Saturday, bringing the total number of confirmed infections there to more than 480,000.

Sultana explained that while the rise in coronavirus cases is concerning, Canadian expats have been struggling with the decision to return home since the pandemic started.

“It’s a real mixed message that we’re seeing… It’s not so much seen on a day-by-day basis that people see the spike and they go, ‘OK, I have to immediately change the plans that I have.’ It’s more a case of it’s been an ongoing situation since March, really,” he said.

As many as 95,000 Canadians were estimated to have been living in the U.K. in 2019, according to data from Britain’s Office for National Statistics.

Sultana said the decision to stay or go for an expat depends on how settled they are in the new county.

He said for those recently arrived expats, who may be in the country for a new job, internship or school, have already paid a lot of money to be in the U.K. including the cost of flights, accomodations, and visa fees.

“All of a sudden they find there’s nowhere to go in London, there’s nothing to do, and [their] job may be under threat,” Sultana said.

While the British and Canadian governments have made efforts to support expats living in the U.K., including offering visa extensions, some visas can only be applied for once. Sultana said this has put many Canadian expats in a dilemma.

“You’re also here to take in the countryside, the country itself, the culture, what London has to offer, social life, all the wonderful things. And if you’ve paid all that and you’re not getting that, you do feel like you’ve got a bit of a rough deal,” Sultana said.

While he says being locked down in a new city can be a “great disappointment” for expats, Sultana said there are many Canadians also working to get back to the U.K.

“Some of the situations we’ve seen [is] where people have gone to Canada on a trip or a holiday and then all of a sudden the pandemic broke, we had locked down, they couldn’t return, they may have had rented accommodation and their stuff is here,” he said.

For those expats who have been settled in London for years, Sultana said the choice to return to Canada does not make sense, regardless of a global health crisis.

Sultana explained that he has lived and worked in London for 20 years and despite being from Ontario, the U.K. has now become his home.

“It’s really based on the spectrum of where you are in your level of being settled in London,” he said.