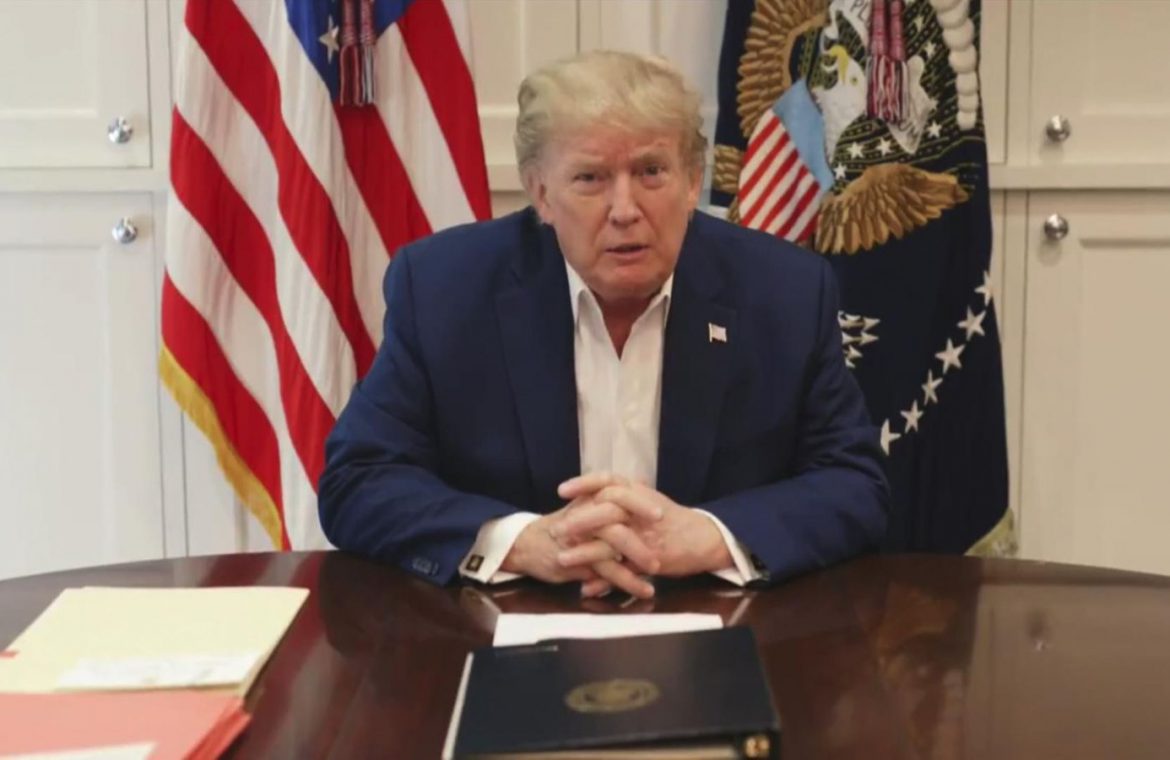 Donald Trump has said he is starting to feel “much better” but the next few days will be “the real test” of his treatment for COVID-19.

In a video posted during his stay in hospital, the US president said on Saturday that he was “starting to feel good” and was looking forward to “finishing up the (election) campaign the way it was started”.

Image:
Mr Trump was taken to hospital by helicopter due to his health situation

“We are working hard to get me all the way back. I have to be back because we still have to make America great again.

“I’ll be back. I think I’ll be back soon and I look forward to finishing up the campaign the way it was started.”

The four-minute video comes after a day of contradictory messages from his staff and medical team about his health since being diagnosed with the virus on Thursday night.

The medical team said he was improving and was already talking about returning to the White House but minutes later his chief of staff Mark Meadows told reporters that his vital signs during the previous 24 hours had been “very concerning”.

The 74-year-old is considered to be at higher risk of serious complications from coronavirus due to his age, the outcome of his recent physical tests, and the fact that he is obese.

In the video, Mr Trump said: “Over the next period of a few days, I guess that’s the real test, so we’ll be seeing what happens over those next couple of days.”

The president’s physician said he has been put on a five-day course of remdesivir – an antiviral drug originally created to treat Ebola.

He was given another experimental treatment – an antibody drug developed by Regeneron – before he was flown to hospital by military helicopter on Friday.

Speaking about the scientific advances regarding the disease, Mr Trump said on Saturday evening: “We have things happening that look like they’re miracles coming down from God.”

He thanked the staff at the hospital “for the incredible job they’ve been doing”, as well as the general public and world leaders for their support.

Image:
It is thought some of the recent COVID infections in the White House could be due to a Rose Garden event where guests sat close to each other and many did not wear masks

Don't Miss it Donald Trump admits to playing down coronavirus danger, according to Bob Woodward book | ABC News
Up Next Ottawa mom waits for COVID-19 test so daughter can return to school after runny nose