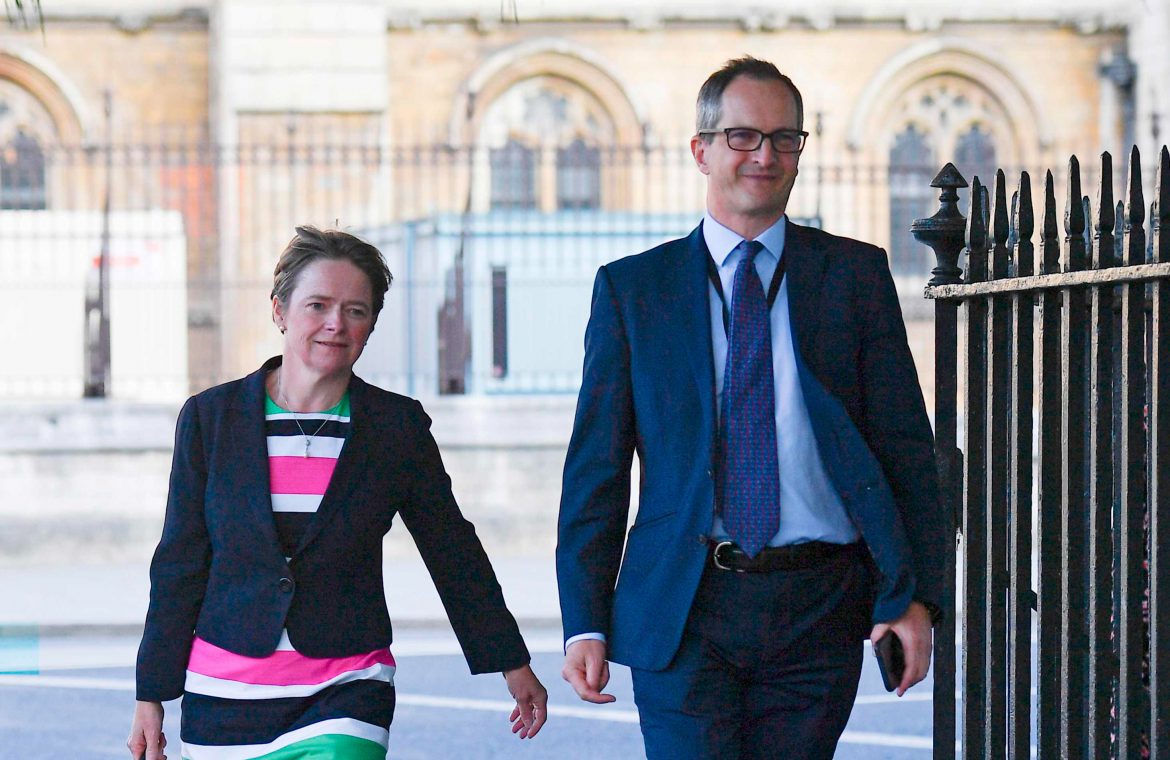 A health minister is facing calls to apologise after he claimed that the UK will be “extremely proud” of its response to the coronavirus pandemic.

Lord Bethell, a hereditary peer, said the nation would eventually look back on the government’s handling of the crisis like they do the 2012 London Olympics.

His remarks were criticised by Labour as “tasteless and offensive” given the tens of thousands of deaths across the country and the effects of lockdown restrictions.

Meanwhile Boris Johnson has claimed the record-breaking spike of nearly 13,000 coronavirus cases, reported on Saturday night, was the result of a “computing issue” which has now “been rectified”.

In an appearance on the BBC Andrew Marr show, the prime minister said there was a “failure in the counting system” – but that everyone who had tested positive for the virus was now aware of their result.

Labour is demanding an apology after a health minister compared the UK government’s response to Covid-19 to the staging of the Olympics and said it could be “extremely proud” of how it had done.

Lord Bethell admitted that the government had “struggled” to get lists of care homes during the early stages of the crisis and was “caught on the hop” by the surge in demand for coronavirus tests when schools went back at the start of September.

Lord Bethell has not commented on the criticism yet but in a tweet he said he was “extremely proud” of the UK’s contribution to the development of a coronavirus vaccine.

Andrew Neil, who has been appointed chairman of the yet-to-launch TV channel GB news, describes it as “Planet Bojo”.

UK ‘will be proud of its Covid response’, says minister

Junior health minister Lord Bethell has predicted the nation will look back at its Covid-19 response “like the Olympics” and be “extremely proud”.

The hereditary peer was asked at a Conservative Party conference fringe event where the UK would rank in the world in handling the pandemic.

He said: “I think there have been some outstanding pieces of delivery that have not been fully appreciated.

“And I think it will be like the Olympics, that’s when it’s all over and we look back and reflect, we will actually be extremely proud of ourselves.”

He said: “We have witnessed a level of suffering from this virus that was incomprehensible at the start of the year.

“For a health minister to suggest we will look back with pride and compare it to a time of national celebration is tasteless and offensive. He should apologise.”

A total of 364 new cases of Covid-19 have been confirmed in Ireland by the National Public Health Emergency Team, an expected decrease from yesterday’s pre-weekend figure of 613.

Almost a quarter of the cases were in people under the age of 45.

There were no new deaths associated with the virus.

Cineworld has confirmed that it is considering whether to close all of its 128 cinemas in the UK and Ireland, as well as its US theatres, putting thousands of jobs at risk.

The cinema giant issued a statement after early reports sparked panic among its staff, a number of whom called out the company on social media .

Another spike in daily cases expected

Today’s coronavirus figures have not been released yet but the government has sought to play down the record-breaking rise of more than 12,800 cases reported yesterday.

Officials say the number of cases has been increased because of a “technical issue” rather than a delay in people receiving their results.

They are now briefing BBC and ITV journalists that today’s figures are also likely to be high – with some suggestion that another ‘stash’ of positive results has been discovered.

Northern Ireland has recorded 462 new cases of Covid-19 in a 24-hour period, with one further death.

The latest figures show that the infection rate in Derry City and Strabane has continued to increase. There are now 485.2 cases per 100,000 of the population.

Northern Ireland’s finance minister, Conor Murphy, said earlier today that further steps will be considered by Stormont if the current Covid-19 measures are not effective.

It comes as a 46-year-old woman was charged with breaching coronavirus regulations in Strabane, Co Tyrone.

She is the first person in Northern Ireland to be charged under the new legislation.

Trump on dexamethasone and ‘could leave hospital on Monday’

Donald Trump’s personal doctor has told reporters that the US president could be discharged from hospital and return to the White House as early as tomorrow.

Dr Sean Conley said Mr Trump was given oxygen when his saturation levels briefly dropped below 95 per cent on Friday morning and treated with the steroid dexamethasone.

The government has been accused of sparing wealthy and Tory voting areas from local coronavirus lockdowns, while poorer areas of the country with comparatively lower infection rates face tougher restrictions.

Some constituencies in the so-called red wall that switched from Labour to the Tories at the last election have not faced curbs on movement despite recording an increase in cases sufficient to trigger restrictions in Labour-voting areas in the region.

Don't Miss it Trump says he is doing well, but next couple of days the 'real test' – BBC News
Up Next Victoria records 51 new COVID-19 cases and seven deaths as Melbourne curfew debate flares | ABC News