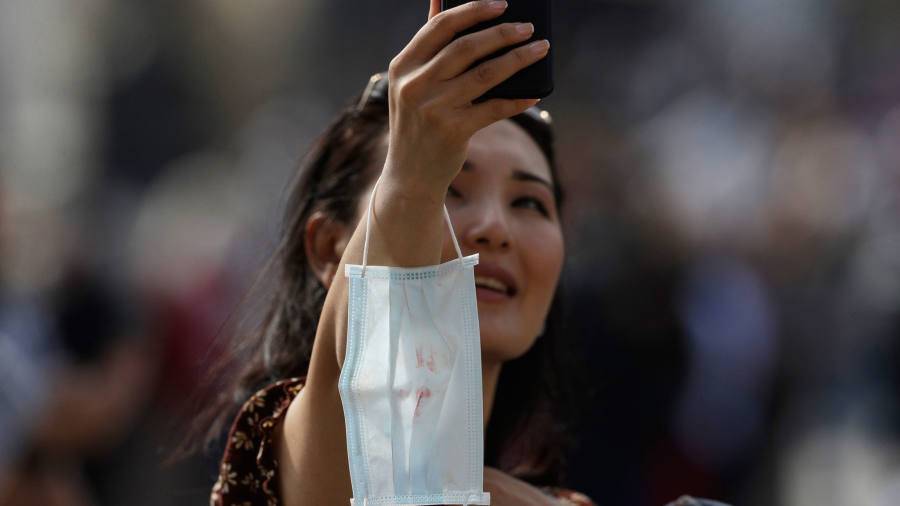 The number of positive coronavirus cases within the UK surged again on Sunday, with the government admitting that “technical” issues had caused delays in the publication of test results.

The government said a technical issue had been identified overnight on Friday “in the automated process that transfers positive cases data” to Public Health England.

As a result, the number of coronavirus cases announced on Saturday and Sunday included 15,841 additional cases from between September 25 and Friday. Last night, the government said that the issue, though resolved, would affect case numbers in the next few days.

A message on the coronavirus data dashboard on Saturday warned that data published in the next few days would “include some additional cases” from between September 24 and October 1.

In an interview with BBC’s The Andrew Marr Show on Sunday, UK prime minister Boris Johnson argued that government testing data was still “reliable” and the recent problems on a “computing error.”

He said: “All the people who had a positive test have now been notified and I think the data that we have is realistic, and again it’s very useful in helping us to identify you know where the incidence is and what we need to do to tackle it.”

Boris Johnson, left, is interviewed by the BBC’s Andrew Marr on Sunday

Mr Johnson defended his testing system, arguing that while it was not “perfect” and he remained “frustrated” with it, testing had “ made a huge difference” to the government’s ability to track the virus’ growth.

The latest figures follow growing criticism from Labour who have accused the government of “serial incompetence” and have called for greater “clarity”.

Speaking to Andrew Marr ahead of Mr Johnson’s interview, shadow health secretary Jonathan Ashworth argued that the testing system was “simply not working” and said the lockdown rules appeared to “chop and change all over the place.”

Mr Ashworth said local authorities should have control over the testing system and the tracing system. “The Serco call centre is simply not working. In Bradford, in Oldham it’s around 50 per cent of contacts are getting traced. No wonder they’re failing to get on top of the infection.”

Don't Miss it Coronavirus live news: close to 35m cases worldwide; 10,499 new infections in Russia | World news
Up Next Got the sniffles? No reason to get a COVID-19 test to return to Toronto schools