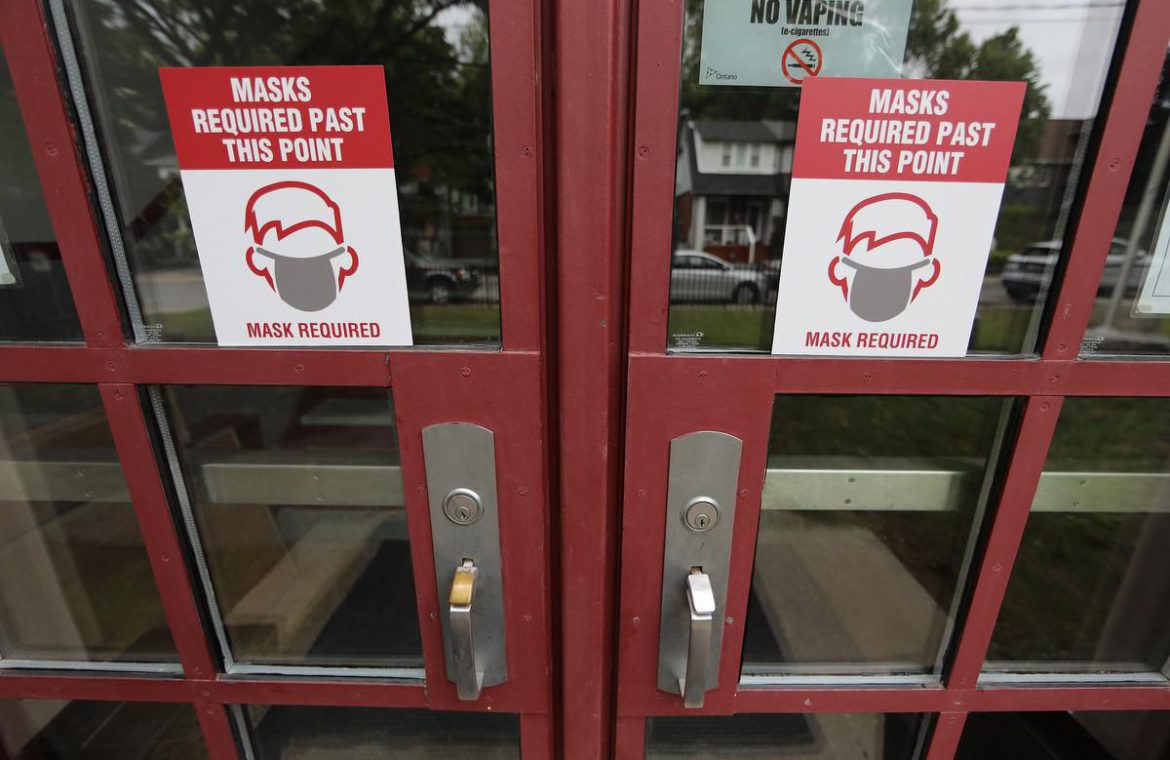 Kids who recover quickly from a runny nose, headache or upset stomach will no longer need a COVID test to return to Toronto schools and daycares, as the city adopts controversial new provincial guidelines for daily screening.

The province announced the revised guidance for screening in schools last week, saying it would help ease the overburdened testing system amid a record 90,000 backlog on Friday. But it’s a change some infectious disease experts called a mistake.

Toronto’s Medical Officer of Health Dr. Eileen de Villa said at a Friday press conference she wanted to review the local data first before committing to the policy, adding to the chaos and confusion for parents and teachers wondering whether to get kids tested for the sniffles.

“We didn’t switch right away, we wanted to be able to review the tool,” she said. “To review our context and to decide what makes the most sense from a scientific perspective, or from a logistical prospective for our schools, and given what’s going on in Toronto.”

Dubey said Toronto Public Health looked at its own data on all 855 kids with symptoms in the city, from January to Sept. 27.

The data showed that half had a fever, 36 per cent had a cough and 30 per cent had a headache. But it was hard to tease out runny nose or upset stomach because those symptoms were included in a catch-all “other” category that included nasal congestion and high blood pressure. About 45 per cent of kids had “other” symptoms.

Public health plans to look at the data again for kids in school to compare.

With the revised rules, the goal is to eliminate testing for the “transient runny nose,” she said, for example, when “you come in from outside and you have a runny nose.”

The new Toronto Public Health guidelines do “present testing as an option earlier than the provincial guidance,” Dubey added, recommending testing or consulting a health-care provider if kids have one symptom that doesn’t improve in 24 hours.

“So we’ve certainly put testing up front earlier for most of the situations, and that’s mostly because of the higher rate of COVID-19 infections in Toronto, to not delay that testing piece,” she said.

The new regulations are effective Monday at daycares and schools across the city, but Toronto Public Health’s new screening tool still needs to be translated into French and other languages, Dubey added.

Dr. Anna Banerji, a pediatric infectious diseases specialist at the University of Toronto, told the Star last week she was consulted by the Ontario government, but does not support the recent revisions.

Reached on the weekend, she said Toronto’s adoption of the less stringent guidelines “doesn’t make any sense” as a new runny nose is a common symptom of COVID-19.

“What’s the point of doing any of the screening if all it takes is a couple of kids with COVID to spread it?” she said.

She recommends keeping kids at home for a week to 10 days if they have any new symptom, even if they aren’t tested.

Dubey recognizes “it can be quite confusing for parents, and also for principals and teachers. It’s going to be a huge change,” she said.

“But we do recognize the utility in having harmony across the province, there are many students who live in Peel and attend school in Toronto and vice-versa.”

Her main message to schools is the importance of screening kids and staff for symptoms before they enter the building, as they’ve seen situations where people with symptoms somehow slipped through the cracks.

Toronto District School Board spokesperson Ryan Bird said it received notice from public health on Friday evening, and over the weekend worked to update its guidance on the board website. The board also sent out a notice to parents via email on Sunday evening.

Toronto Catholic District School Board spokesperson Shazia Vlahos said in an email that its resources have also been updated.

“We will be modifying our screening passport and checklist to reflect these changes as well,” she said.

A recent report by Public Health Ontario, shared with the Star by the Ministry of Health, that reviewed the most recent scientific literature on COVID and kids, said fever and cough were the most commonly reported symptoms in children, with “multiple” other symptoms the next-most common, and asymptomatic infections as high as 20 per cent in children.

Out of 1,332 kids who tested positive before July 13 and had available information on symptoms, runny noses were reported in between 8 and 18 per cent.

Norm di Pasquale, a trustee with the Catholic board, said he supports sticking with stricter guidance locally.

All of the changes, he said, are just creating more confusion for staff and parents.

“The trouble with changing things when we have a massive school board is that a big ship only turns so fast,” he said.

“Parents are emailing saying, ‘What should we do?’ ”

In the absence of clear guidance, individual principals end up making decisions for each school, he added.

Given Toronto is a “hot spot” with a lot of community spread, he favours keeping things “as strict and restrictive as possible.”

“To me it can be made very simple, if your child is sick and you can stay home, please stay home,” he said. “Even if it’s a runny nose.”

With files from Rachel Mendleson and Jenny Yang May Warren is a Toronto-based breaking news reporter for the Star. Follow her on Twitter: @maywarren11

Don't Miss it Coronavirus latest: UK cases surge as government says technical fault affects testing data
Up Next Opinion | Against the Coronavirus, Imperfect Measures Do the Most Good