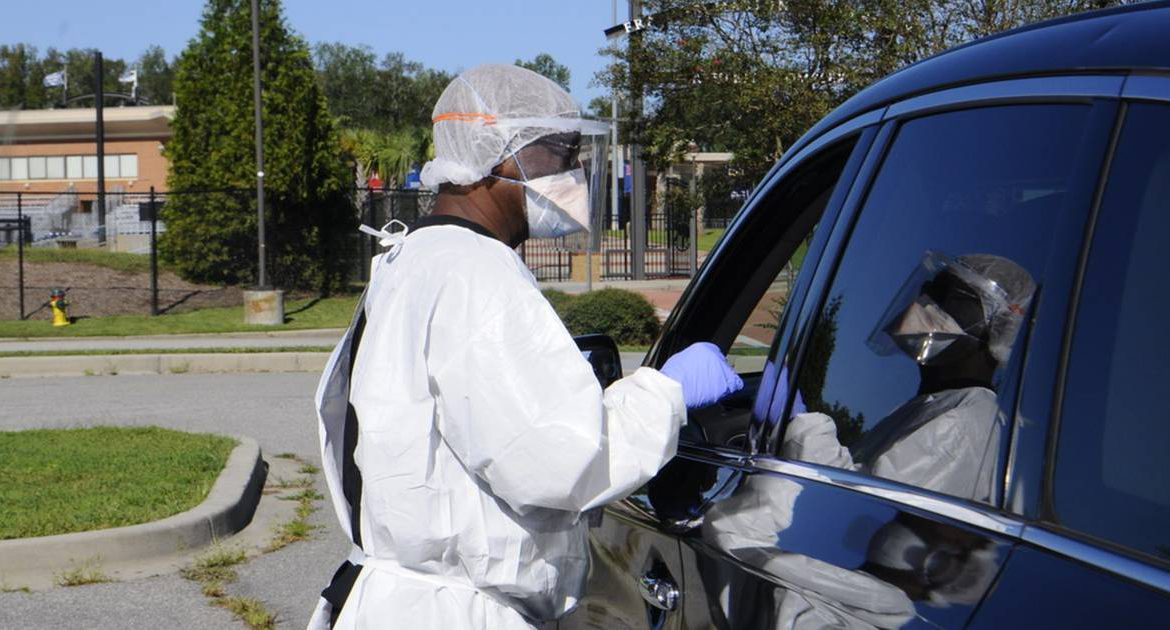 Ontario health officials are reporting yet another jump in new cases of COVID-19 today, with 615 new infections confirmed Monday morning.

The daily case count marks an increase from the previous day, when 566 new cases were reported, but it still remains below the province’s record of 732 cases reported on Oct. 2.

According to Ontario Health Minister Christine Elliott, 46 per cent (289) of today’s new cases are in Toronto, while another 88 cases are in Peel and 81 are in Ottawa.

Sadly, five more people have died from the virus and 541 more cases are considered to be resolved today, leaving a total of 5,474 active cases in the province.

“As we often observe on weekends, a number of hospitals (approximately 35) did not submit data to the Daily Bed Census for October 3,” reads an update on the province’s COVID-19 web portal. “We anticipate the number of hospitalized patients may increase when reporting compliance increases.”

And, in keeping with the current trend, 58 per cent of today’s cases are in people under the age of 40.

Public health units across the province also completed nearly 38,200 tests yesterday, which remains shy of the government’s stated goal of 50,000 tests per day.

Starting this week, COVID-19 assessment centres throughout Ontario will no longer be accepting walk-ins. Symptomatic individuals will instead have to make an appointment before getting tested, and experts say this will likely lead to lower testing numbers and, as a result, artificially lower case numbers.

Toronto Public Health has meanwhile stopped its contact tracing efforts due to the system being overwhelmed, and Chief Officer of Health Dr. Eileen de Villa maintains that the province must introduce stricter public health measures in order to get the spread of the virus under control.

Don't Miss it Coronavirus update live: Latest news and cases as England faces ‘three-tier lockdown’
Up Next Vaccine or not, COVID-19 isn’t going away