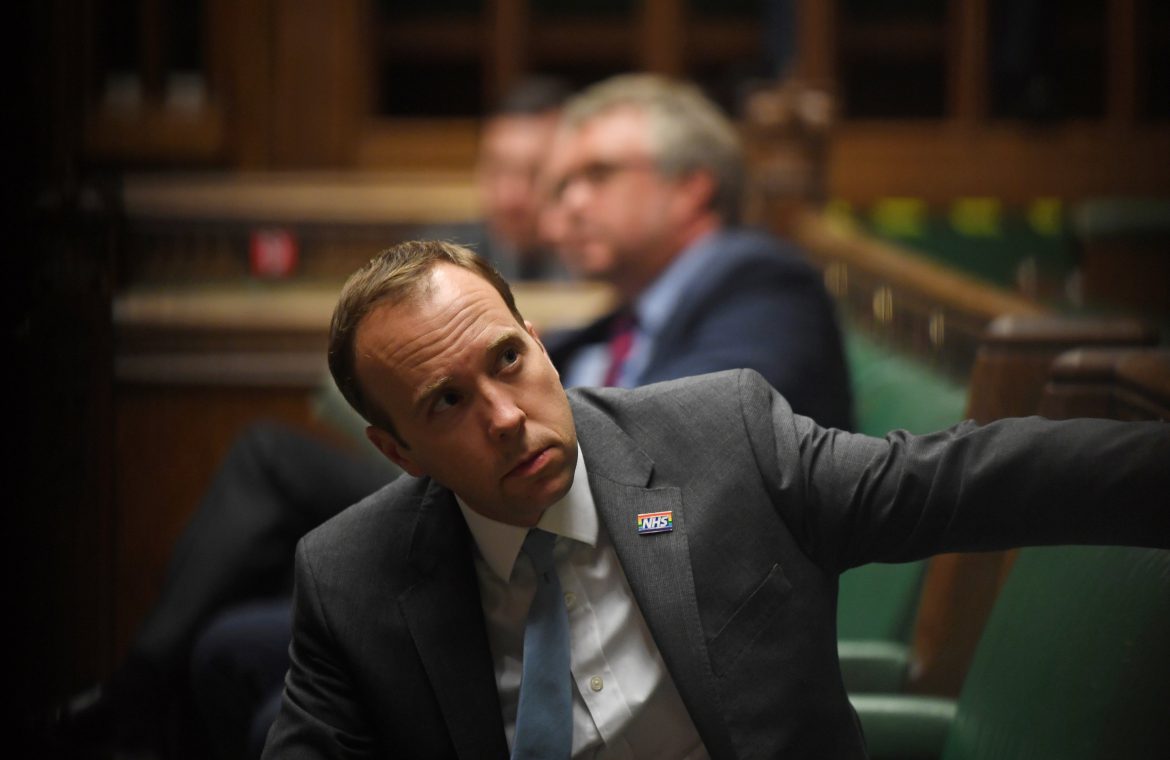 The number of coronavirus-related deaths in England and Wales has risen for the third week in a row, with fatalities rising by more than half in seven days, according to official figures.

It came as Professor Neil Ferguson, a former member of the government’s scientific advisory group, warned further restrictions such as pub closures could be needed to keep the virus under control.

The coronavirus pandemic has highlighted the gap between funding and demand in the National Health Service, the chief executive of NHS Providers has said.

Chris Hopson told the Cheltenham Literature Festival that a funding squeeze and an increase in demand had led to NHS staff being asked to work even harder in recent years, with the current situation described as unsustainable in the long term.

“There’s been quite a long-running debate about funding and there’s a pretty clear argument that the NHS has been through the longest and deepest financial squeeze in its history between 2010 and 2018,” Mr Hopson said.

“That means we’ve simply not been able to grow NHS capacity as fast as we would have liked to in terms of keeping up with the growth in demand because we have an ageing population.”

He noted that the coronavirus crisis was focusing attention on the issues of funding, capacity and the NHS being a treatment service.

“The reality is that, if you want a healthy population, you need to look at the other side of the coin,” Mr Hopson said.

“You actually need to think about what do you do to encourage people to look after their own health and wellbeing.

“How do we encourage people to exercise more, to eat well? How do we ensure that we prevent illness?”

A coronavirus vaccine will not offer a “sudden and complete solution” to the pandemic but is likely to be given to older people first, a government adviser has said.

The University of Bristol’s Professor Adam Finn, who is a member of the advisory joint committee on vaccination and immunisation (JCVI), said the evidence showed that the jab should be first given to older people, carers and those who are vulnerable, before other considerations such as people’s occupations were looked at.

Professor Finn told BBC Radio 4’s Today programme that the JCVI had warned producing a vaccine and vaccinating people was going to “take a while”.

“People should not imagine that there’s going to be a sudden and complete solution,” he said.

“These early vaccines I hope will work to some extent, but there are lots of different vaccines, and they will not all work equally effectively.

“So it’s going to be a long drawn-out process getting this right.”

He added that vaccine trials would show if the treatment could stop people getting seriously ill but evidence on the effectiveness at stopping transmission altogether would come later on.

Professor Finn said it was difficult “to find out whether a vaccine blocks transmission until you implement it”, adding that “with most of the programmes in the past, this is something we found after we’ve started using the vaccine”.

The majority of university students are being “looked after extremely well” following a number of coronavirus outbreaks in halls and campuses since the start of the new term, the president of UniversitiesUK has said.

Professor Julia Buckingham said she was sure there were cases “where things haven’t gone quite as well as we would have hoped” but insisted the vast majority of students were being well-supported.

Our reporter, Zoe Tidman, has the full story below:

The boss of the trade body UKHospitality has told MPs that more redundancies are expected in October as a “large part of the hospitality industry is still in stasis” due to the coronavirus pandemic.

“The Covid second wave and restrictions are not hitting all sectors equally so [we] need to make sure that we have sector-specific support,” Kate Nicholls said.

“We fear that unless there are amendments for those areas which are particularly hit, you won’t avoid the cliff edge in October and we have got large numbers of redundancies that are forecast in October because of how the jobs support scheme is set up.”

Ms Nicholls added that there was a “very real danger” of losing large chunks of the UK economy during the pandemic.

“In hospitality we will have insolvent businesses, businesses going into administration and therefore that engine of growth for re-employing people will be lost for good,” she said.

“I think that’s what we need to be focusing on to make sure we support viable jobs for the future.

“In our sector, those on full-time and part-time furlough are in viable jobs.”

More details from the ONS’ latest report on coronavirus-related deaths can be found below:

The number of weekly coronavirus-related deaths in England and Wales has risen for the third week in a row, according to official figures.

Data from the Office for National Statistics (ONS) showed a total of 215 deaths where Covid-19 was mentioned on the death certificate recorded in the week to 25 September.

Our reporter, Liam James, has more on this breaking story below:

Further restrictions could be needed to keep virus under control, expert says

Further restrictions, such as the closure of bars and restaurants, could be needed to keep coronavirus under control while schools and universities remain open, an expert has warned.

Professor Neil Ferguson, who used to contribute to the government’s scientific advisory group, said the most important measures were those which reduced contacts between households.

He told BBC Radio 4’s Today programme that there needed to be some way to reduce contacts with schools and universities open, with possible measures including an “extended half term” or closing hospitality venues.

“We are in a more difficult position, if we want to keep schools open we have to reduce contacts in other areas of society by more,” Professor Ferguson, of Imperial College London, said.

“You will have heard measures being discussed across society as a whole such as extended half terms where we try to reduce transmission for a concerted period.

“I think those measures should be considered.”

The epidemiologist, whose modelling influenced the original nationwide lockdown, added that closing bars and restaurants should be considered in “hotspot” areas where case numbers are increasing.

However, he said the risk from meeting people outside was low so long as people are “sensible”.

“I think the risk really comes from meeting indoors, in enclosed environments,” he told the BBC.

“Of course, as the weather gets colder, meeting outdoors is less appealing, people obviously do want to meet indoors but that’s where transmission happens unfortunately.”

Hancock ‘should be considering his position’, Labour’s deputy leader says

Labour’s deputy leader has said health secretary Matt Hancock “should be considering his position” after an IT error led to thousands of coronavirus cases going unreported.

Angela Rayner told Sky News that Mr Hancock should be “embarrassed” over the crisis and argued there had been failures across the government during the pandemic.

“If I was him [Mr Hancock] I would be completely embarrassed by the failures I have overseen because it’s not just the failure of these 15/16,000 tests that were dropped off an Excel spreadsheet,” Ms Rayner said.

“We were told that we would have a world-beating system in place – that’s not been the case.

“We were told that the test results would come back within 24 hours – that’s a failure, that’s not been the case.

“The tracing, we were told by Sage, has to be 80 per cent in order for it to be effective – we’re going backwards on that – so really it’s not just one failure, it’s catastrophic.”

Hospital beds must be ring-fenced for thousands on waiting lists, surgeons say

Hospital beds should be ring-fenced for patients waiting for routine surgeries this winter to prevent a second ‘tsunami of cancellations’ due to the coronavirus pandemic, the Royal College of Surgeons (RCS) has said.

The RCS has warned NHS trusts will miss a target of returning to 80 per cent of pre-pandemic levels of surgery at the end of last month.

Our health correspondent, Shaun Lintern, has the full story below:

Don't Miss it Opinion: President Trump’s grotesque coronavirus theater
Up Next Thanksgiving and other gatherings: Your COVID-19 questions answered