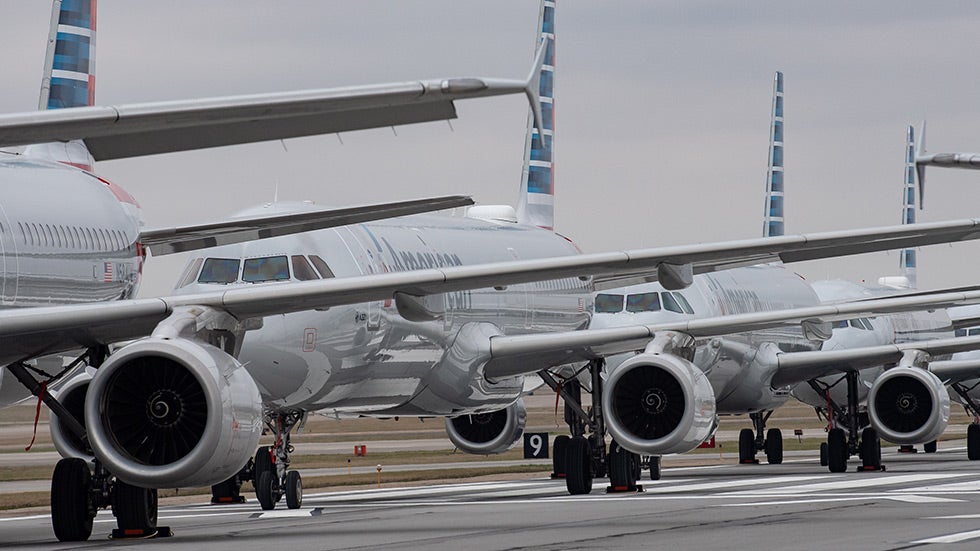 Trump tweeted Tuesday afternoon that negotiations should stop until after the November election and accused Pelosi of “not negotiating in good faith” and seeking “bailouts” for states he says are poorly run by Democratic officials.

Industry group Airlines for America (A4A) expressed its disappointment in Congress and the administration for not being able to reach an agreement.

“We have to hold out that hope,” A4A CEO Nicholas Calio said in a statement on Tuesday. “Time already ran out for U.S. airlines and many of our employees, yet there is a glimmer of hope that our leaders in Washington will act and save these jobs before it’s too late to turn back the clock.”

American Airlines said it is “disheartened” by the news.

“The past week has dealt a crushing blow to the American Airlines team and the aviation industry, and we were hopeful that overwhelming bipartisan support for the Payroll Support Program would result in immediate action to protect jobs and service to communities across the country. We will continue to make the case in Washington that action is needed to help workers across the country and lead America to the other side of this pandemic,” a spokesperson for the airline said.

The airline industry has lobbied Congress and the White House to extend the airline Payroll Support Program (PSP), which allocated $25 billion in aid as part of the $2.2 trillion CARES Act passed in March. As a condition for accepting the relief, it prohibited airlines from laying off employees until Oct. 1.

“There is wide, bipartisan support in providing assistance to our industry and we will continue to do everything we can to urge leaders in Washington to pass legislation that will save airline jobs,” a United Airlines spokesperson said in a statement. “As we have made clear, we are eager to reverse the furlough process should Congress pass legislation to extend the CARES Act Payroll Support Program, and we will continue to update our employees on the latest as this unfolds.”

House Transportation and Infrastructure Committee Chairman Peter DeFazio (D-Ore.) unsuccessfully attempted to pass a stand-alone bill that would extend the PSP by six months on Friday.

Earlier on Friday, Speaker Nancy Pelosi (D-Calif.) had told airlines to hold off on the furloughs because Congress would either pass DeFazio’s stand-alone legislation or relief would come in the form of a negotiated bill. The House passed another $2.2 trillion coronavirus aid package last week that has been rejected by the White House and Republicans in the Senate. It included $25 billion to extend the PSP.

Both airlines said that if Congress acts, their employee furloughs will be reversed.

Southwest, which is aiming to have no involuntary layoffs in 2020, also said that if the PSP is extended, the company’s pay-cut efforts will be discontinued or reversed. Southwest asked worker unions on Tuesday to accept pay cuts so the company can avoid furloughs through the end of the year.