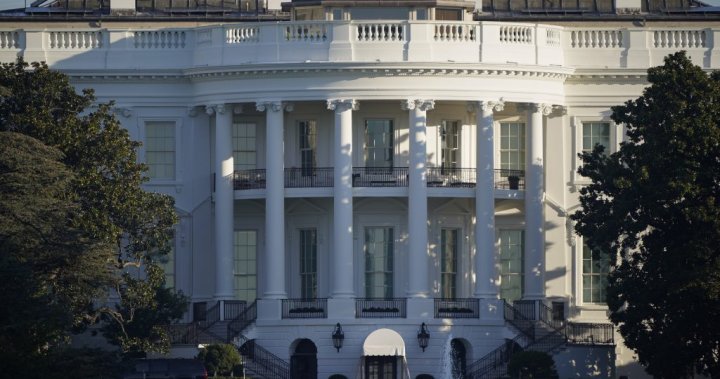 With a still-infected President Donald Trump back home in Washington, D.C., and a growing number of staff and allies testing positive for the novel coronavirus, health experts say the White House is failing to properly curb the spread of a mounting outbreak.

Reports out of Washington say contact tracing has not been adopted by the White House medical team, with staff, journalists and guests at public events forced to decide for themselves if they should isolate or get tested.

That approach is worrying experts like Jeremy Konyndyk, a senior policy fellow at the Center for Global Development who led the U.S. response to the Ebola outbreak during the Obama administration.

“It’s not sufficient,” he said of the White House’s approach, which has so far consisted mainly of isolating cases who have already tested positive.

“Those people you’re identifying through testing, you need to find out who they’re in touch with, get those people into quarantine, then get their contacts into quarantine. … The lives you’re saving through rigorous testing and contact tracing are not in that (first group of cases) but in subsequent generations of transmission, which could be many tens, if not hundreds more.”

Trump’s senior adviser Stephen Miller is the latest high-profile White House figure to test positive, confirming his diagnosis Tuesday. He joins several other senior officials, lawmakers and White House staff, some of whom refused to quarantine even as they awaited their test results.

Tuesday also saw the chairman of the Joint Chiefs of Staff and several senior military officials at the Pentagon go into self-isolation over fears they may have contracted the virus at an indoor White House event on Sept. 27.

That event was held a day after a Rose Garden event marking Trump’s nomination of Amy Coney Barrett to the Supreme Court, where many attendees did not wear masks and sat close together. Roughly a half-dozen cases, including two Republican senators and former presidential counsellor Kellyanne Conway, have been linked to that event.

Many of those cases have insisted they did not need to self-isolate before testing positive despite being in contact with known cases, saying they’re tested frequently. Only when their negative results turned positive did they take action.

Anne Rimoin, an infectious disease epidemiologist at the University of California, Los Angeles, said the White House needs to go far beyond frequent testing, pointing to the high possibility of false positives when using rapid testing.

“If you use (testing) as your only tool, given how flawed it is, you’re going to end up with positive cases,” she said.

“But what actually works to reduce spread of the virus is social distancing, wearing a mask, avoiding indoor events, avoiding crowded spaces. And the White House has been doing none of those things.”

That outbreak may be spreading beyond 1600 Pennsylvania Avenue. Washington, D.C., health officials reported 105 new cases Monday, the highest daily count for the city since June. That number does not include the cases at the White House, which has not shared its testing data with the city.

Officials with the Washington, D.C., Department of Health have offered to help the White House with contact tracing while requesting that the federal government share information about its cases. Those officials say the White House has not responded.

Judd Deere, a spokesperson for the White House, said there’s a “robust contact tracing program” in place led by the White House Medical Unit, which is “consistent with” guidelines from the U.S. Centers for Disease Control and Prevention. He did not mention genetic tracking or sequencing.

Rimoin said in addition to contact tracing, White House medical staff need to explore the genetic sequencing of the virus through each positive case it collects.

“Those swabs that have diagnosed (cases) as positive have very important information that could tell us exactly how this virus was introduced into the White House,” she said. “And that genetic information could be used to explain exactly who transmitted it to whom.”

She pointed to a February meeting of drug company executives in Boston, which ended up becoming a superspeading event when a number of attendees contracted the virus.

After scientists noticed a unique switch of two letters in the virus’ genetic code within those cases, they were able to trace its spread from the meeting to not only several other states, but other countries too.

The study of that specific mutation, published in August, found hundreds of people had been infected in the Boston area alone thanks to that single event.

Rimoin said if the same kind of genetic tracking could be applied to the White House outbreak, it could potentially prevent a similar spread of the virus through Washington — and, considering it’s an election season, far beyond.

“This is an issue of not only public health, but national security,” she said. “It’s affected so many people in the White House, in the Senate, and has the potential to spread far beyond just the White House.”

The same experts who say the White House is not doing enough also say Trump has failed to lead by example. After telling his followers “don’t be afraid” of COVID-19 upon his return from three days of hospital care Monday, the president quickly removed his mask upon entering the White House.

Read more:
Here’s the list of people near Trump who have also tested positive for coronavirus

On Tuesday, he again downplayed the severity of the virus that has killed over 210,000 Americans, this time comparing it favourably to the seasonal flu — despite admitting in February that COVID-19 is “more deadly” than influenza.

“The president had a teachable moment here, and his supporters are certainly going to look at his own handling of his case to gauge how seriously they should take the risk (of COVID-19),” Konyndyk said. “And what they’re seeing is just a cascade of wrong decisions made by the president every step of the way.

“There are more cases coming out of the White House these days than entire other countries. And that’s simply because we’re not choosing to fight this and we’re choosing to accommodate.”

— With files from Reuters and the Associated Press