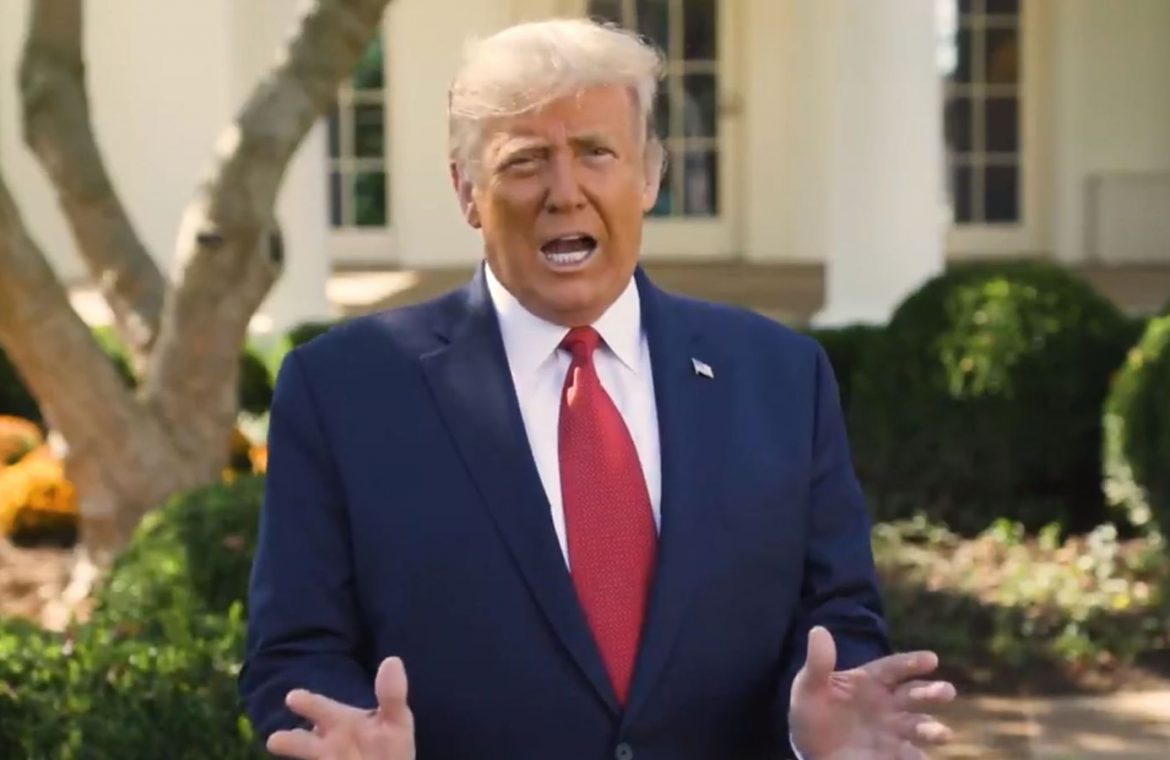 Donald Trump has promised that the treatment he received for coronavirus will be offered to Americans for free.

In a new video posted on Twitter, the president said: “I want to get for you what I got – and I’m going to make it free. You’re not going to pay for it.

“It wasn’t your fault that this happened, it was China’s fault. China’s going to pay a big price for what they’ve done to the world.”

Elsewhere in the video, Mr Trump said he disagreed with the characterisation of the treatment manufactured by Regeneron as therapeutic – and said he thought of it as a “cure”.

The tweet came hours after he returned to the Oval Office, despite the fact that he is still recovering from COVID-19.

Mr Trump was given an experimental antibody treatment manufactured by Regeneron on Friday, before he was airlifted to the Walter Reed Medical Center.

Once he was admitted, he was given remdesivir, a drug that once offered hope in the treatment of Ebola.

Trump: ‘Don’t let it dominate you’

In the video, he said: “When I went in, I wasn’t feeling so hot. They gave me Regeneron and it was like unbelievable – I felt good immediately.”

The president added that he is now trying to get Regeneron’s treatment, and similar drugs, on an emergency basis.

Mr Trump added that securing approval for these drugs was “much more important to me than the vaccine”.

He also claimed that politics is getting in the way of a vaccine becoming available for public use before the election.

Mask off: Trump back at White House

Questions have been raised about Mr Trump’s ties to Regeneron. According to a financial disclosure report released in June 2017, the president owned stock in the company.

Earlier on Wednesday, White House doctors said Mr Trump has had no COVID-19 symptoms for the past 24 hours.

He has been fever-free for more than four days and has not needed or received any supplemental oxygen, White House physician Sean Conley added.

His physical exam and vital signs “all remain stable and in normal range”.