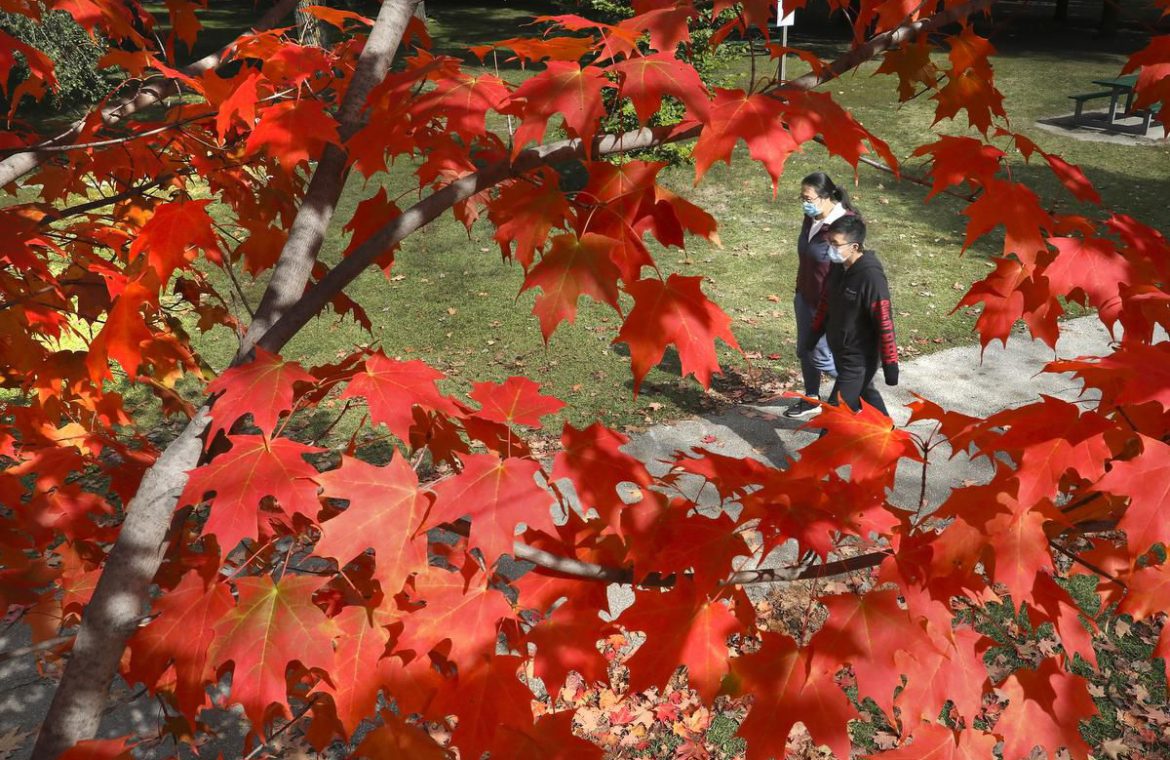 6:25 a.m.: The Israeli government has extended an emergency provision that bars public gatherings, including widespread protests against Prime Minister Benjamin Netanyahu, for an additional week.

Government ministers approved the measure until Oct. 13 by a telephone vote, the Prime Minister’s Office said in a statement late Wednesday.

Israel imposed a nationwide lockdown ahead of the Jewish High Holidays last month to rein in the country’s surging coronavirus outbreak. The Knesset, Israel’s parliament, passed a law last week allowing the government to declare a special week-long state of emergency to limit participation in assemblies because of the pandemic. The government then declared the state of emergency, limiting all public gatherings to within a kilometre (0.6 miles) of a person’s home.

5:24 a.m.: India has registered 78,524 new coronavirus cases in the past 24 hours, driving the country’s total since the pandemic began to 6.8 million.

India has witnessed a steady drop of confirmed coronavirus cases for three consecutive weeks now — from recording more than 86,000 daily cases in the last two weeks of September to an average of more than 70,000 cases daily so far this month. The numbers have also fallen sharply from earlier in September when daily cases averaged around 93,000 in India.

5:18 a.m.: Coronavirus infections in the Czech Republic have hit a record high for the second straight day, surpassing 5,000 cases in a day for the first time.

The government is planning to announce a new measures to contain the surge on Friday.

5:15 a.m.: Germany has recorded a sharp jump in new coronavirus cases in a sign that the pandemic is picking up pace in the country again.

Germany’s disease control agency, the Robert Koch Institute, reported 4,058 additional confirmed infections and 16 deaths over the past 24 hours Thursday. This takes the total number of confirmed cases since the start of the pandemic to 310,144, with 9,578 deaths.

Authorities urged people not to travel to and from regions with over 50 new cases per 100,000 inhabitants in the past week. These regions include the cities of Bremen, Remscheid, Hagen, Hamm and parts of Berlin.

5:11 a.m.: The European Commission says it has sealed a deal with pharmaceutical company Gilead to buy 500,000 treatment courses of remdesivir.

No treatment has yet proved able to prevent serious illness after a coronavirus infection but the antiviral drug also known by its commercial name Veklury has helped some COVID-19 patients recover faster.

Remdesivir was approved as a treatment for the coronavirus by the Commission in July.

The European Union’s executive arm said the joint procurement contract has been signed by 36 participants including all 27 EU countries and the UK. The agreement will allow countries to purchase the drug for immediate use and stockpiling needs, Gilead said.

5:05 a.m.: President Donald Trump credited an experimental drug treatment with helping his recovery from COVID-19 and suggested his diagnosis could be a “blessing in disguise” in the nation’s battle against the pandemic. But there is no way for the president or his doctors to know whether the drug had any effect.

In a new White House video posted Wednesday evening, Trump said his illness had shed light on an experimental antibody cocktail that he tied to his improved condition. Seemingly sensitive to the fact that his treatment course has been far more comprehensive than the care received by average Americans, he promised to swiftly get the drug approved for broader use — and distribute it for free — even though he does not have the power to order that himself.

“I want everybody to be given the same treatment as your president, because I feel great,” Trump said in a video from the Rose Garden. “I feel, like, perfect.”

Still, questions continue to swirl about the trajectory of Trump’s recovery and when he might be able to return to normal activities, including campaigning, less than four weeks before Election Day. The video marked Trump’s first appearance before a camera — albeit a White House-operated one —in nearly two days. The White House has released only limited details about his condition and treatment, leading to questions about what lies ahead for Trump.

5 a.m.: Coronavirus infections in Ukraine began surging in late summer, and the ripples are now hitting towns like Stebnyk in the western part of the country, where Dr. Natalia Stetsik is watching the rising number of patients with alarm and anguish.

“It’s incredibly difficult. We are catastrophically short of doctors,” says Stetsik, the chief doctor at the only hospital in the town of 20,000 people. “It’s very hard for a doctor to even see all the patients.”

The hospital is supposed to accommodate 100 patients, but it’s already stretched to the limit, treating 106 patients with COVID-19.

Early in the pandemic, Ukraine’s ailing health care system struggled with the outbreak, and authorities introduced a tight lockdown in March to prevent hospitals from getting overwhelmed.

The number of cases slowed during the summer but began to rise again quickly, prompting the government at the end of August to close Ukraine’s borders for a month. Despite that, the number of positive tests in the country reached a new peak of 4,661 a day in the first weekend of October.

Wednesday 10:35 p.m. South Korea has 69 new confirmed coronavirus cases, most of them in the Seoul region area where health workers are struggling to track transmissions tied to hospitals, churches, schools and an army unit.

The figures released by the Korea Disease Control and Prevention Agency on Thursday brought the national total to 24,422 cases, including 427 deaths.

Forty-nine of the new cases were reported from the Seoul metropolitan area, home to about half of the country’s 51 million people. The region has been at the centre of a coronavirus resurgence since mid-August.

Don't Miss it UK coronavirus live: hospitals 10 days away from ‘critical’ stage because of rising Covid cases, health minister says | Politics
Up Next Moderna Vows to Not Enforce Covid-19 Vaccine Patents During Pandemic