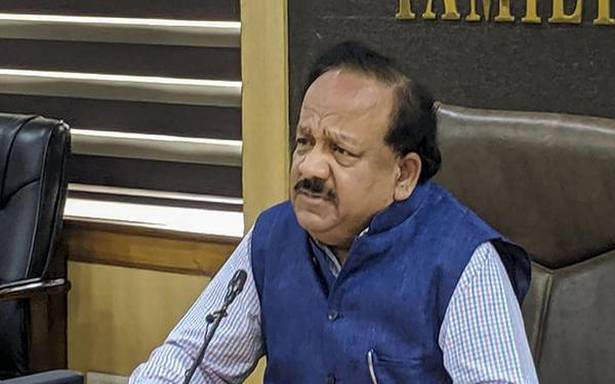 The Indian Medical Association (IMA) has questioned Health Minister Harsh Vardhan about issuing Ayush treatment protocol for COVID-19 treatment and asked him to explain on what basis these recommendations were made.

In a communication addressed to the Health Minister, the Association said: “He (Harsh Vardhan) has arranged impressive names of institutions to support his prescription. He admits that these are based on empirical evidence which means that the evidence is anecdotal and based on individual subjective experiences. He himself relegates AYUSH as history rather than current by saying Ayurveda has contributed to the foundation of modern medicine.”

AYUSH secretary Vaidya Rajesh Kotecha, speaking about the protocol earlier this week at a Health Ministry press conference, had specified that the protocol is not COVID treatment and should be only considered as a support to those having mild COVID symptoms.

He said studies have indicated that these therapies may help in arresting the progress of the virus in mild cases and are found to provide overall immunity boost.

Mr Kotecha added that the results of the studies conducted have been placed in the public domain.

Meanwhile, the IMA in its letter, has demanded to know if there is satisfactory evidence regarding the claims made from studies done on COVID-19 patients and if so whether the evidence is weak or moderate or strong?

“The evidence should be in public domain and available for scientific scrutiny,” it said.

It also demanded how many of Mr Vardhan’s ministerial colleagues have so far made the informed choice of getting treated under these AYUSH protocols? The Association asked what was stopping him from handing over COVID care and control to the AYUSH ministry?

“IMA demands that the Union Health Minister should come clean on the above posers. If not, he is inflicting a fraud on the nation and gullible patients by calling placebos as drugs,” the IMA said.

A letter from the Editor

Your support for our journalism is invaluable. It’s a support for truth and fairness in journalism. It has helped us keep apace with events and happenings.

The Hindu has always stood for journalism that is in the public interest. At this difficult time, it becomes even more important that we have access to information that has a bearing on our health and well-being, our lives, and livelihoods. As a subscriber, you are not only a beneficiary of our work but also its enabler.

We also reiterate here the promise that our team of reporters, copy editors, fact-checkers, designers, and photographers will deliver quality journalism that stays away from vested interest and political propaganda.

Don't Miss it Covid-19 Global News: Live Tracker
Up Next 2 N.B. regions forced back into orange phase after 13 new cases of COVID-19 confirmed