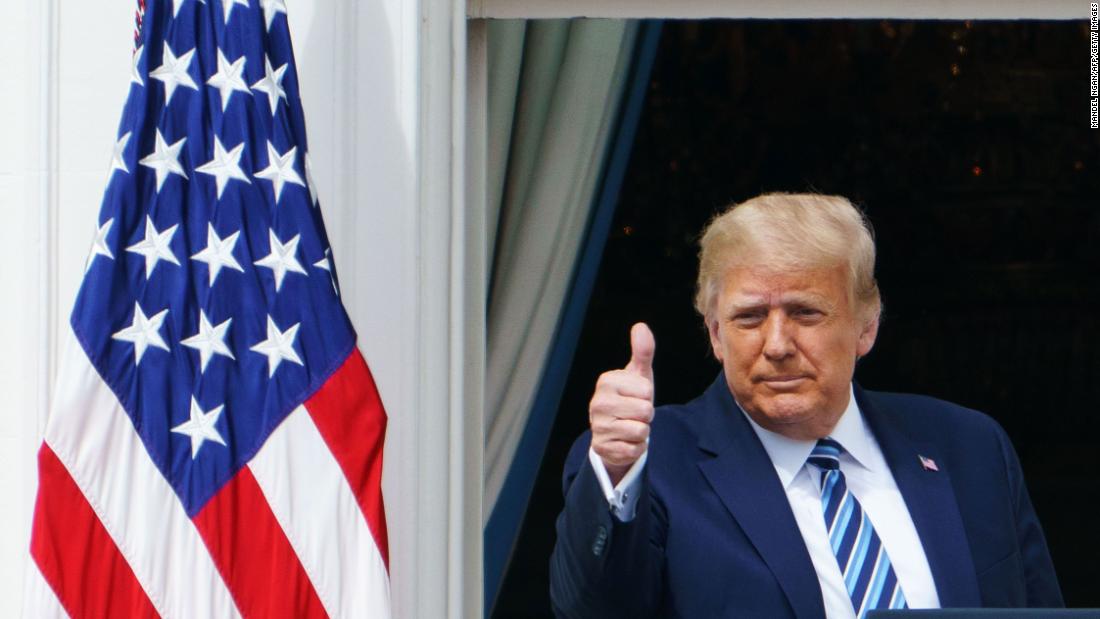 Trump said the coronavirus is “disappearing,” a little more than a week after he announced that he had tested positive for the virus.

Facts First: The President has a long track record of falsely downplaying the threat of the virus in public. Recent data suggests the coronavirus is far from disappearing in the US and that the pandemic is actually intensifying instead.

Trump has previously accused Biden of flip-flopping on his position regarding fracking, a drilling method used to extract natural gas and oil.

Facts First: Trump’s characterization is misleading. Biden’s written plan never included a full ban on fracking. However, there is at least some basis for Trump’s claim: During the Democratic primary, Biden sometimes suggested he was proposing to get rid of all fracking, creating confusion over his stance. He has since explicitly said he does not support a nationwide fracking ban (though in part because he doesn’t believe such a ban would pass).You can read more about Biden’s past comments on fracking here.

Trump has repeatedly claimed Biden referred to looters and rioters as peaceful protesters. He did so again on Saturday while talking about so-called “left-wing fanatics” who have looted and vandalized churches and buildings.

Facts First: This is false. Biden has correctly noted that many protesters have been peaceful; he has not argued that the violent protesters are peaceful. Rather, he has repeatedly denounced violence, rioting and looting.

“The fact is I’ve done more for the Black community than any President since Abraham Lincoln,” Trump said. “Nobody can dispute it. It’s true.”

Facts First: While we give Trump lots of latitude to express opinions, this is highly disputable, even if he is comparing himself only to previous presidents and excluding other Black heroes.

President Lyndon B. Johnson, for example, signed the 1964 Civil Rights Act and the 1965 Voting Rights Act, monumental bills whose impact dwarfed the impact of any legislation Trump has signed.

It’s also worth noting that Black people themselves do not, on the whole, agree with Trump’s self-assessment. Trump has had a consistently abysmal approval rating with Black citizens — just 4% in one recent Quinnipiac University poll, for example, versus 93% disapproval.

CNN”s Daniel Dale and Holmes Lybrand contributed to this report.

Don't Miss it Back at the White House, Donald Trump throws markets into turmoil | DW News
Up Next Tokyo details plans for a "streamlined" Olympics due to COVID-19 pandemic | The World