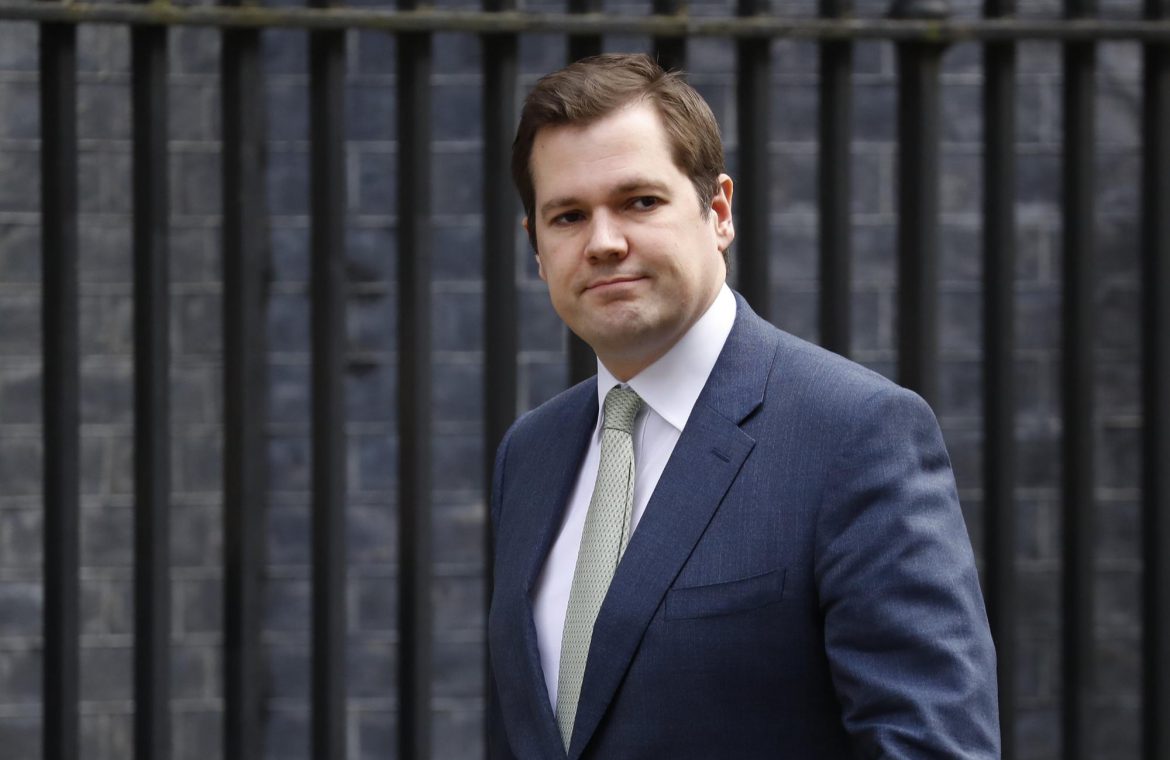 Robert Jenrick insisted that the Government has “spent the weekend working with local leaders” ahead of new Covid-19 restrictions expected to be announced tomorrow (Monday, October 11).

The Secretary of State also announced that local mayors and councils would be given more control over test and trace efforts within their communties.

He said: “Yes, we want to work very closely with the local mayors and with the councils. We are going to be ensuring that the national testing infrastructure works in harmony with what’s happening locally. Local councils and local communities are very good at contact tracing.”

Scroll down to read the latest developments on the Covid-19 pandemic.

The Government has insisted that it has “spent all weekend working with local councils” ahead of new Covid-19 restrictions.Local authorities are also expected to receive greater control over test and trace schemes in their areas.Northern leaders have accused the Government of treating the region as “second-class”.Show new updates12.10pm: Hospitals in parts of northern England were already starting to come under pressure

Professor Peter Horby, of the University of Oxford, has claimed that hospitals in parts of northern England are beginning to feel the pressure of the Covid-19 pandemic.

He said: “We are already seeing in some parts of the North that some hospitals are starting to see the pressure.

“We have a doubling time of about eight to 15 days so it is not long before those ICU (intensive care unit) beds could be full and we could be in a really difficult situation.

“So I am afraid we are going to have to make some very difficult choices and act very quickly.”

12.00pm: Mayor of Liverpool insists there is little collaboration with the Government over Covid-19 restrictions

The Mayor Liverpool, Joe Anderson, has said that the economic impact of Covid-19 restrictions will return the city back to what it was like in the 1980s.

Mr Anderson commented: “We’ve got very little powers or influence over this and we are being done to rather than being collaborated with or talked to.

“The rhetoric of this Prime Minister is about levelling up and what we are going to be witnessing in Liverpool, and I know, I’m quite happy to say I’ve been told, that Liverpool will be likely to be placed in tier three.

“That is going to have huge economic damage and damage that will take us back to the position this city was in in the 80s with large levels of unemployment, of people unemployed and it will set us back a long time.

“Let’s make it absolutely clear here, if this was down in the south east or in London, it wouldn’t be happening, it simply wouldn’t be tolerated.”

Jonathan Reynolds, the shadow Work and Pensions Secretary has claimed that the Government has lost control over Covid-19.

Mr Reynold said: “The fact is there are going to have to be further measures and the reason for that is the Government has lost control.

“And that means we’re going to have to have the measures. That wasn’t inevitable. That time we got from the lockdown and from the development of what should have been an effective Test and Trace system should have meant we didn’t have to get to that position.”

11.50am: Labour say that further restrictions must come with additional financial support

The shadow Work and Pensions Secretary Jonathan Reynolds has said that any further Covid-19 restrictions in the North of England must come with financial support.

He commented: “Look the first thing I just have to put on the record is the level of anger and frustration that exists in towns and constituencies like mine at the way this is happening.

“There have been leaks to newspapers, there’s been no consultation with local leaders – this is not the way to do things. People feel they are being treated with contempt and not with respect and that is simply not good enough.

“But the crucial point is this – further restrictions have to come with economic support.”

11.45am: Labour expresses concerns that people will stop following the rules put in place to combat the virus

The shadow Work and Pensions Secretary Jonathan Reynolds said “it is a worry” that people will stop following the Covid-19 rules.

Mr Reynold commented: “It is a worry, to be frank.

“We still want the Government to succeed, we want them to get a grip on this, but they’re just not doing that at the minute and part of that is how contracts have been handed out for test and trace, getting nowhere near what we need to be.

“So there are real lessons that the Government have got to learn. They’ve got to get a grip on this because they are starting to lose people.

“There is resentment about the North/South divide in some of these local restrictions and you can see that coming across.

“So unless the Prime Minister gets a grip of this, it will get even more difficult.”

11.40am: Mayor of Greater Manchester says northern leaders are still in discussion with the Government on more restrictions

Mayor of Greater Manchester Andy Burnham said northern leaders are still in discussion with the Government on more restrictions as he again criticised the Government’s response to the pandemic amid a growing north-south lockdown row.

He said the test and trace system was “failing” and had been all year.

Mr Burnham said: “We are powerless to change that, a system that’s not working for us and then the Government comes along and asks to put us under more restrictions, its not acceptable for us to be left in this position.”

11.35am: Local councils could get control over test and trace

Local authorities could be given more control over test and trace efforts in their communities.

Communities Secretary Robert Jenrick said: “We want to work very closely with the local mayors and with the councils.

“We are going to be ensuring that the national testing infrastructure works in harmony with what’s happening locally.

“Because local councils and local communities are very good at contact tracing.”

11.30am: The Government has “spent all weekend working with local leaders”

Communities Secretary Robert Jenrick has insisted that the Government has been working with local council leaders in the north of England ahead of new Covid-19 restrictions.

Mr Jenrick said: “We have spent the weekend working with those local leaders.

“I have spent the whole weekend talking to leaders from Merseyside, from Greater Manchester, from other parts of the country.

“We are trying to work very closely with mayors, with council leaders, with chief executives to design these measures with them. That does take time.

“We want to have good communication between national and local government before we announce how we are going to take this forwards.”

Don't Miss it Would herd immunity stop the spread of coronavirus? | Coronavirus outbreak
Up Next Supermarkets, chemist and Bunnings among alert venues after NSW records five new COVID-19 cases