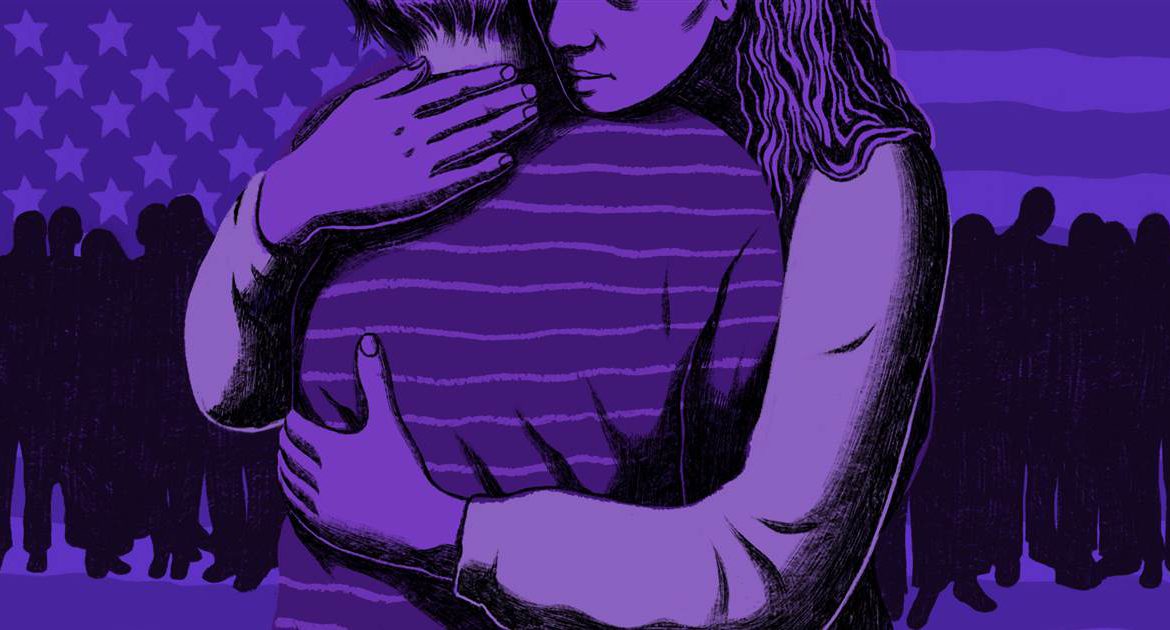 What do I say? That’s the No. 1 question we get from people who are looking to support a friend, relative, colleague or acquaintance who has lost a loved one.

With about 215,000 Americans having succumbed to the virus, that means nearly 2 million are grieving. The numbers are staggering, and they are growing.

Offering comfort, after all, can be pretty uncomfortable. It demands that we sit with someone’s pain and its ungainly sidekicks: waterworks; sideways (or sometimes direct) anger; gaping silences we try to fill with the “right words.”

Except there are no right words, no stock phrase that’s a salve for every grieving person. Grief is as varied as it is universal. Which is why as the founders of Modern Loss, an online publication and global community of people living through the long arc of grief, we preach the gospel of showing up, following up and following through over trying to channel your inner Hallmark card.

In a space without the right words, there are certainly some wrong ones, however. Words that blame the deceased for their fate, for example. Or suggest that loss is something to “move on” quickly from or “get over.” Or presume to know how the bereaved family feels about heaven or hell or any other aspect of what happens to us when we die.

And then there are the “at leasts,” which insinuate that you should be grateful that your loss isn’t even more horrible. At least you can have another baby. At least your mother lived a long life. At least it was quick. And this recent declaration from the American president: “If we didn’t do it properly and do it right, you’d have two and a half million deaths.”

It’s not part of the official job description, but Americans have come to rely on the commander in chief also to serve as the comforter in chief, eulogizing the dead, bearing witness to the pain of the living and finding reason for hope along the way. (See Ronald Reagan after the Challenger disaster, Bill Clinton in Oklahoma City, George W. Bush at ground zero and Barack Obama in Tucson and Newtown and Boston and Charleston.)

Yet Americans got none of that when the nation quietly soared past 200,000 deaths from the coronavirus; instead we were told to be grateful for this nightmarish toll because at least it’s not higher. And the president’s own coronavirus diagnosis hasn’t changed his tune. Anticipating his release from Walter Reed hospital, Trump on Monday admonished Americans: ”Don’t let it dominate your life.” Don’t be afraid of the coronavirus! Everything is going to be great again! The stock market is up!

What can seem like encouragement is really just a denial of the suffering of millions grieving Covid-19 losses. But leading the nation through a pandemic means treating grief with the respect and reverence it deserves. Around each cluster of infections and deaths, there is hot grief that needs to be acknowledged, validated and mapped. There is no healing until grief is processed, and it cannot be processed until it is acknowledged.

With a president more interested in gaslighting a grieving nation and shaming people for displaying fear or taking precautions, a president who seems unable to produce a nuanced and empathetic response to a universal human experience, the rest of us must cope with the reality without a leader to help us through.

The reality for too many American families is this: Their person is gone, they died alone, their goodbye was over FaceTime, the funeral was on Zoom. And the loss carves deep grooves in the living that can’t be willed away by fiat or magical thinking.

The toll taken on survivors is tremendous. A new study calculates that nine family members are affected by every person who dies of the coronavirus. With about 215,000 Americans having succumbed to the virus, that means nearly 2 million are grieving. The numbers are staggering, and they are growing. It’s hard to imagine how this doesn’t dominate us for some time. Indeed, the grief pandemic will outlast the coronavirus pandemic.

We can’t believe we have to write this sentence, but: Everybody is somebody. At Modern Loss, our mission is to help people tell the stories of their somebody. In the seven years since we launched our storytelling platform, we’ve learned what can happen when people are given the space to share their experiences. They can process their loss, memorialize their loved one, connect with those who’ve been there and draw others out of their own grief-induced isolation.

When people feel supported in their grief — when the burden is divided up and shouldered among many — they are better able to maintain healthy connections with the world around them. When we relegate those stories to the shadows in the name of moving on because it “could have been worse,” or because it’s been a year and someone called “time” on someone else’s grief, the outcome can be different. Without that, they may slip further into isolation.

The “third wave” of coronavirus may very well be its emotional toll, which will continue to inform our inner lives and life choices. And it may be further complicated by so many people not having been able to tap into the communal supports that help in normal times; virtual wakes and Zoom shivas were not necessarily how people wanted to honor their loved ones. In addition, the sheer scale of Covid-19 destruction may make some feel that their own losses and pain have been obscured — that their person has disappeared into the reported number of deaths that is growing by the minute.

We hate to break it to Trump, but there will be no returning to the Land of Before. Grief cannot be sucked away into a statistical black hole. It’s real, it’s nasty, and it requires a lifetime of management. This is a national tragedy made up of millions of intensely personal stories that may never make the news, but have altered the lives of countless families forever and for good.

There is no healing until grief is processed, and it cannot be processed until it is acknowledged.

In the absence of a comforter in chief, it’s up to all of us to fill the vacuum. To sit with each other in the darkness and pull each other through it. To assure the millions of surviving loved ones who have suffered this year that they have every right to feel what they are feeling: despondent, exhausted, overlooked, furious.

We need to challenge communities, nonprofits and the private sector to help fill this enormous emotional void. We need to implement better bereavement leave policies, to normalize the long tail of grief, to create permanent public spaces that honor those who have succumbed to this virus. Hell, we’d love to see a Million Mourners March to honor those who died, to show support for those who survived them and to acknowledge the scale of who and what has been lost.

Above all, we urgently need to embrace empathy as a way of life and not a buzzword. We need to build a society that legitimizes, rather than minimizes — and certainly doesn’t erase — this sorrow, the depths of which we have not yet begun to realize.

Don't Miss it India fears increase of children trafficked or forced into labor | DW News
Up Next Queensland’s border restrictions are popular there, but tourism businesses are struggling | 7.30