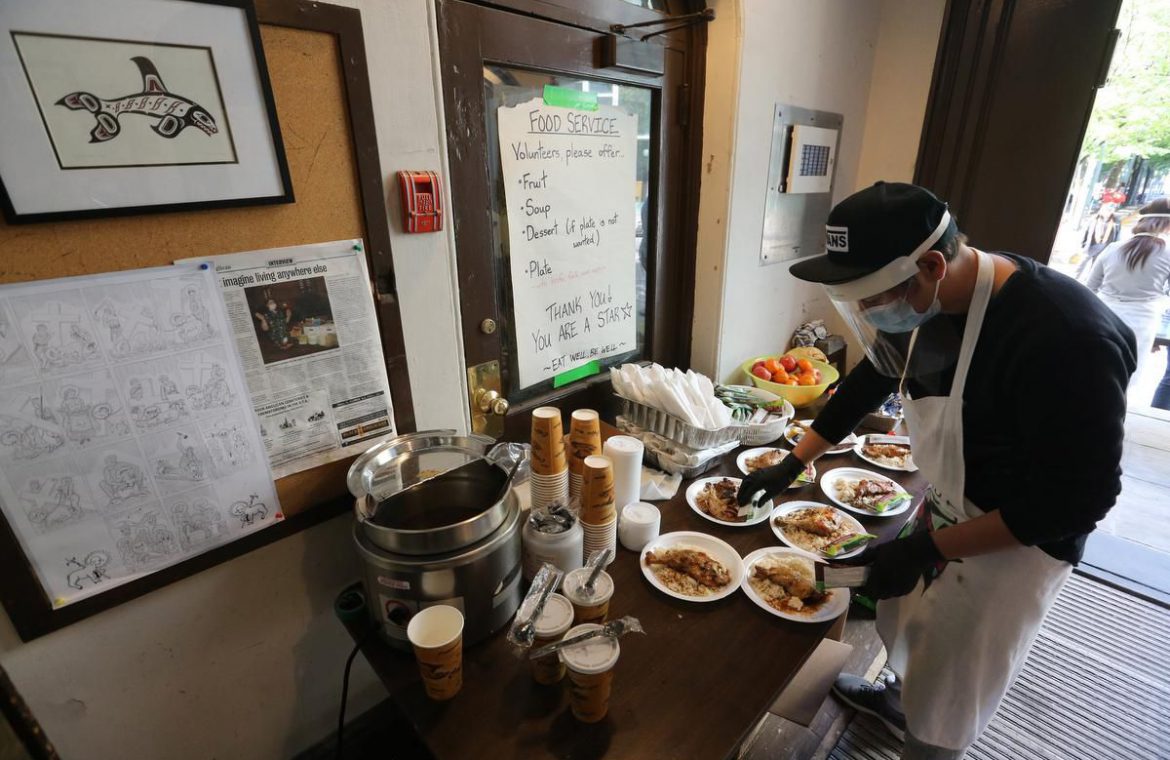 9:18 a.m.: The new coronavirus may remain infectious for weeks on banknotes, glass and other common surfaces, according to research by Australia’s top biosecurity laboratory that highlights risks from paper currency, touchscreen devices and grab handles and rails.

Scientists at the Australian Centre for Disease Preparedness showed SARS-CoV-2 is “extremely robust,” surviving for 28 days on smooth surfaces such as glass found on mobile phone screens and plastic banknotes at room temperature, or 20 degrees Celsius (68 degrees Fahrenheit). That compares with 17 days survival for the flu virus.

Virus survival declined to less than a day at 40 degrees Celsius on some surfaces, according to the study, published Monday in Virology Journal. The findings add to evidence that the Covid-19-causing coronavirus survives for longer in cooler weather, making it potentially harder to control in winter than summer. The research also helps to more accurately predict and mitigate the pandemic’s spread, the researchers said.

“Our results show that SARS-CoV-2 can remain infectious on surfaces for long periods of time, reinforcing the need for good practices such as regular hand washing and cleaning surfaces,” said Debbie Eagles, the center’s deputy director, in an emailed statement.

8:17 a.m.: Turkey will start to report its total number of coronavirus cases later this week, the country’s health minister said in an interview published Sunday, after Ankara was criticized for only releasing figures for patients showing symptoms of infection.

Fahrettin Koca told the newspaper Hurriyet that asymptomatic cases would be included in Turkey’s published data from Oct. 15, which would be shared with the World Health Organization.

7:17 a.m.: Iran announced on Sunday its highest single-day death toll from the coronavirus with 251 confirmed dead, the same day that two senior officials were confirmed infected and the nation’s currency hit a record low.

A further 3,822 new cases were confirmed over the past 24 hour-period, raising recorded nationwide cases to 500,075. Nearly 4,500 patients are in critical condition.

4:01 a.m.: As the second wave of the COVID-19 pandemic washes over the country, Canadians from coast to coast are being asked to limit the size of their Thanksgiving gatherings or keep them entirely virtual.

With daily case counts continuing to rise in several provinces, increased restrictions came into effect in some hot spots heading into the long weekend.

Ontario Premier Doug Ford has urged people to stick to their immediate households, saying it’s too risky even to expand the celebration to the current indoor gathering limit of 10 people.

The message came as the province imposed harsher restrictions on the hard-hit areas of Toronto, Ottawa and Peel Region.

In Quebec, where nearly every community along the St. Lawrence River is now considered a “red zone,” Health Minister Christian Dube said Thursday that police would be installing checkpoints on the roads leading into some areas of the province.

Even in the so-called “Atlantic bubble,” where case counts have been creeping upwards of late, officials are urging people to limit their gatherings to their immediate circle of 10 people.

“Nova Scotians have made changes to their daily lives to help reduce the spread of COVID-19, and it’s no different for Thanksgiving,” Dr. Robert Strang, Nova Scotia’s chief medical officer of health, said in a statement.

“When deciding who to invite, consider the impacts on family and friends who may be more vulnerable and adjust your Thanksgiving celebrations to be as safe as possible.”

B.C. Premier John Horgan also noted that the holiday would look different this year, though he encouraged British Columbians to celebrate “creatively and safely.”

“Because of COVID-19 we will be connecting in smaller groups, or virtually, or on the phone,” Horgan said in a statement.

“We are stronger together. Happy Thanksgiving.”

1 a.m.: Sweden is about to find out just how much of a game changer the coronavirus has been for its economy.

With wage talks for 3 million employees under way, union bosses for public sector workers such as nurses are banking on a lot more popular support to help force through their demands. The upshot could be a hefty increase in pay levels that ends up jump starting inflation and filtering through the entire economy.

“People literally stop and applaud our members, and support galas have been arranged for those who work in welfare,” Tobias Baudin, the leader of the municipal workers union, said in an interview.

Those displays of sympathy suggest unions are entering wage talks in a uniquely strong position, he said. It’s a pattern that’s likely to play out elsewhere in the world, as emergency workers facing the daily brunt of the coronavirus pandemic emerge as the heroes of the day.

The Health Ministry reported another 74,383 infections in the past 24 hours. India is expected to become the pandemic’s worst-hit country in coming weeks, surpassing the U.S., where more than 7.7 million infections have been reported.

12:01 a.m.: U.S. President Donald Trump physician’s said he is “no longer considered a transmission risk to others” on day 10 since the start of the president’s bout with COVID-19.

In a memo released by the White House on Saturday night, Dr. Sean Conley added on to his previous assessment that Trump met the criteria to stop isolation. The memo did not address whether Trump has tested negative for the virus.

“Now at day 10 from symptom onset, fever-free for well over 24 hours and all symptoms improved, the assortment of advanced diagnostic tests obtained reveal there is no longer evidence of actively replicating virus,” Conley said.

The memo comes after Trump held his first public event at the White House Saturday since he tested positive Oct. 1.

Don't Miss it Coronavirus news live: Latest Covid updates as Boris Johnson briefs Cabinet on tighter lockdown
Up Next Trump indicates he no longer has the coronavirus, says he is ‘immune’