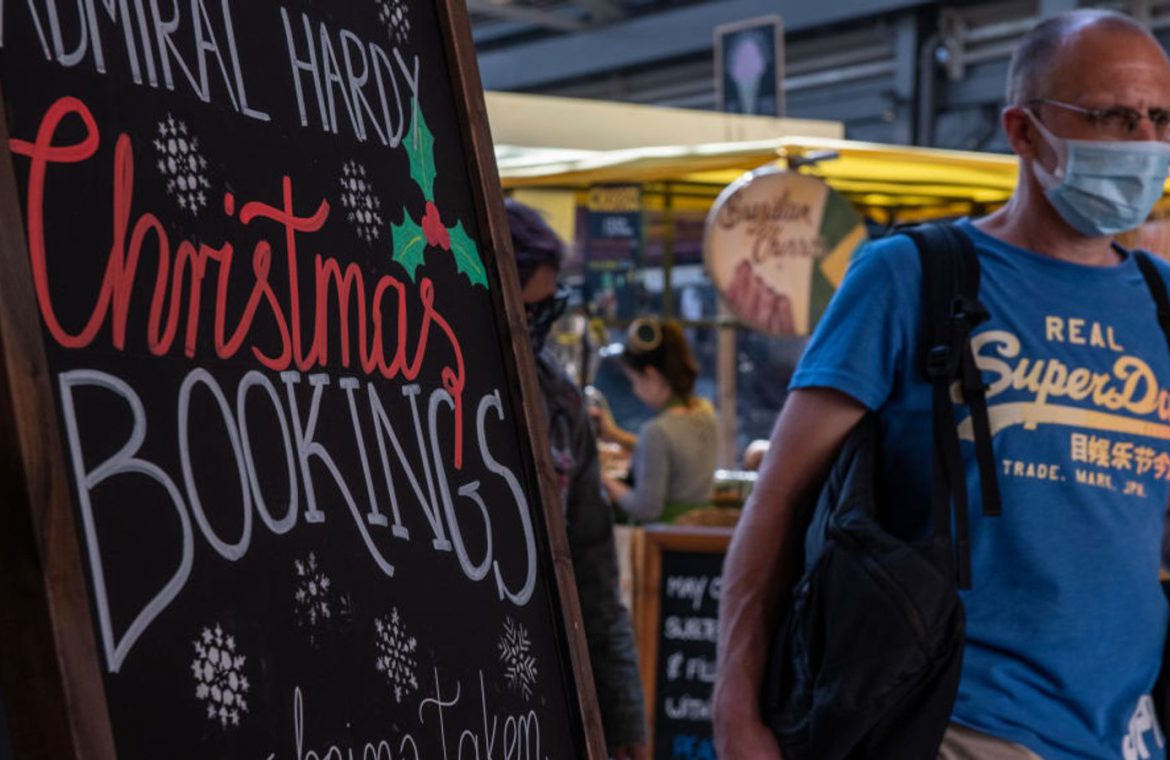 The aim of the government’s new three-tier coronavirus lockdown system is to get the virus under control by the new year – and hopefully before Christmas – a minister has told Sky News.

Speaking to Kay Burley, Culture Secretary Oliver Dowden said: “The purpose of doing this is to ensure that we get the virus under control so that by the time we get through to after Christmas we are in that position where it’s under control.

“Indeed I hope it will be sooner than that.”

Live updates on coronavirus from UK and around world

Mr Dowden said the government had to act to control “rapidly rising cases” of COVID-19 in parts of the country.

“The point of moving to this tiered system is so that in those most highly affected areas, we’ve got measures in place to control the virus,” he said.

“If those measures are successful, we hope to be able to take areas out of those higher levels of restrictions.”

Prime Minister Boris Johnson will set out details of the new system in a statement to MPs at around 3.30pm this afternoon, after chairing a meeting of the government’s emergency COBRA committee.

He will then address the nation at a Downing Street news conference from 6pm, alongside Chancellor Rishi Sunak and Professor Chris Whitty, the chief medical officer.

Areas in England will be labelled as “medium”, “high” or “very high” risk under the new system.

In the worst affected areas, pubs, gyms and casinos will be required to shut and all but essential travel will be banned, but restaurants and pubs offering “substantive meals” would stay open.

Talks with local leaders are continuing to decide which parts of the country will face which restrictions.

A senior government source has said there will be a “degree of discretion” for local leaders within the tiers.

Merseyside is expected to be among the areas put under Tier 3 restrictions, but there has yet to be an agreement on a financial support package for the area.

Sacha Lord, the night-time economy adviser for Greater Manchester, has started legal proceedings to challenge the looming closure of hospitality and entertainment venues.

He said local leaders had not been presented with “any tangible scientific evidence to merit a full closure” of hospitality in the area.

The culture secretary said ministers have “robust evidence for doing this”, adding: “The evidence shows that there is a higher risk of transmissions in hospitality settings. There is academic evidence from the United States.”