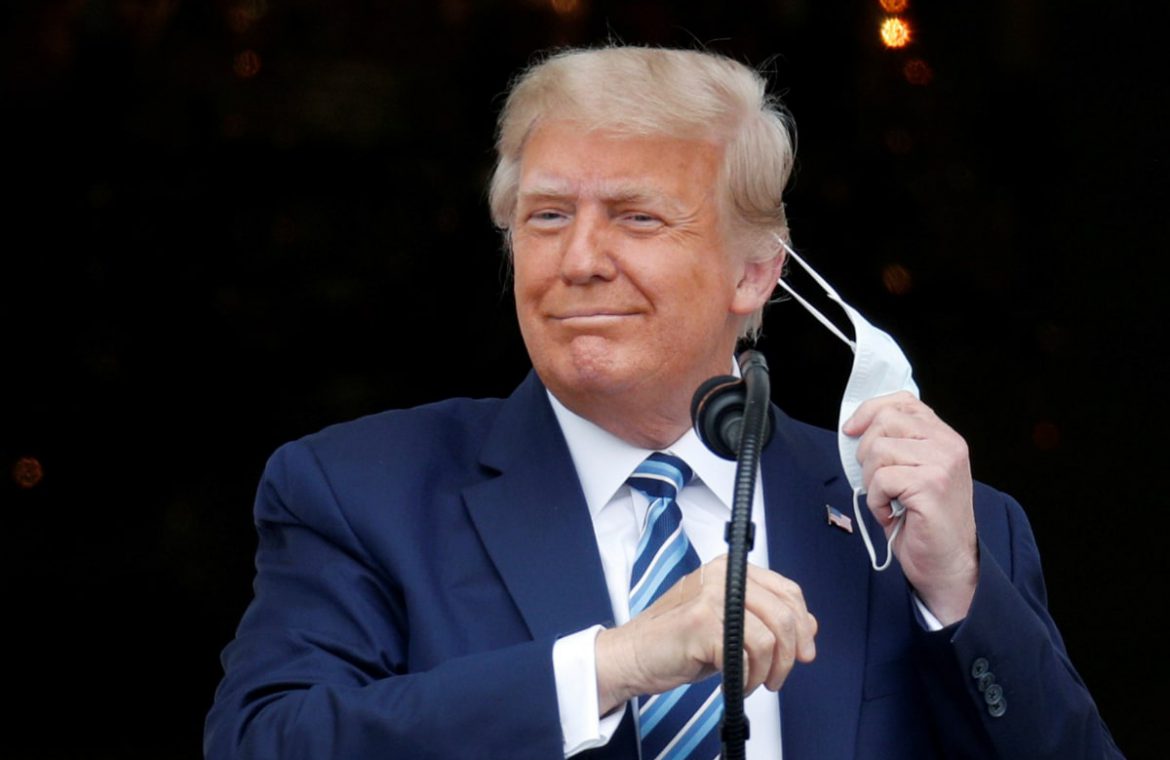 Donald Trump takes off his mask in the first public address since his discharge. (Reuters)

Coronavirus LIVE Updates: US President Donald Trump on Sunday announced he was ready to return to the campaign trail in spite of unsettled questions about his health on the eve of a Florida rally meant to launch the stretch run before Election Day.


Coronavirus LIVE Updates: US President Donald Trump on Sunday announced he was ready to return to the campaign trail in spite of unsettled questions about his health on the eve of a Florida rally meant to launch the stretch run before Election Day. His impending return comes after the White House doctor said he was no longer at risk of passing on the coronavirus but did not say categorically whether Trump had tested negative for it. Trump has maintains that he is now immune from the virus and added to the unknowns about the president’s health. “Im immune,” Trump said in an interview on Fox News Channel’s Sunday Morning Futures. The president is in very good shape to fight the battles.

HERE ARE THE LIVE UPDATES ON CORONAVIRUS PANDEMIC:

◕ Mainland China reported 21 new COVID-19 cases for Oct. 11, matching the number of new cases a day earlier, the country’s health authority said on Monday. The National Health Commission said in a statement all of the new cases were imported infection that originated from overseas. The number of new asymptomatic cases, which China does not count as confirmed cases, rose to 32 from 23 a day earlier. The total number of confirmed COVID-19 cases in Mainland China now stands at 85,578, while the death toll remained unchanged at 4,634.

◕ US President Donald Trump said on Sunday he had fully recovered from COVID-19 and was not an infection risk for others, freeing him to return to holding big campaign rallies during the final weeks of the race for the White House. Trump also said, without producing evidence, that he was now immune, a claim that drew a flag from Twitter for violating the social media platform’s rules about misleading information related to COVID-19. “I passed the highest test, the highest standards, and I’m in great shape,” Trump told Fox News show “Sunday Morning Futures.”

◕ The virus that causes COVID-19 can survive on banknotes, glass and stainless steel for up to 28 days, much longer than the flu virus, Australian researchers said on Monday, highlighting the need for cleaning and handwashing to combat the virus. Researchers at Australia’s national science agency, CSIRO, found that at 20 degrees Celsius (68 degrees Fahrenheit) the SARS-COV-2 virus remained infectious for 28 days on smooth surfaces such as plastic banknotes and glass found on mobile phone screens. The study was published in Virology Journal.

Don't Miss it COVID was under control in Bali so they welcomed tourists, now cases are exploding | ABC News
Up Next Nazareth College closes after Year 12 student tests positive to COVID-19