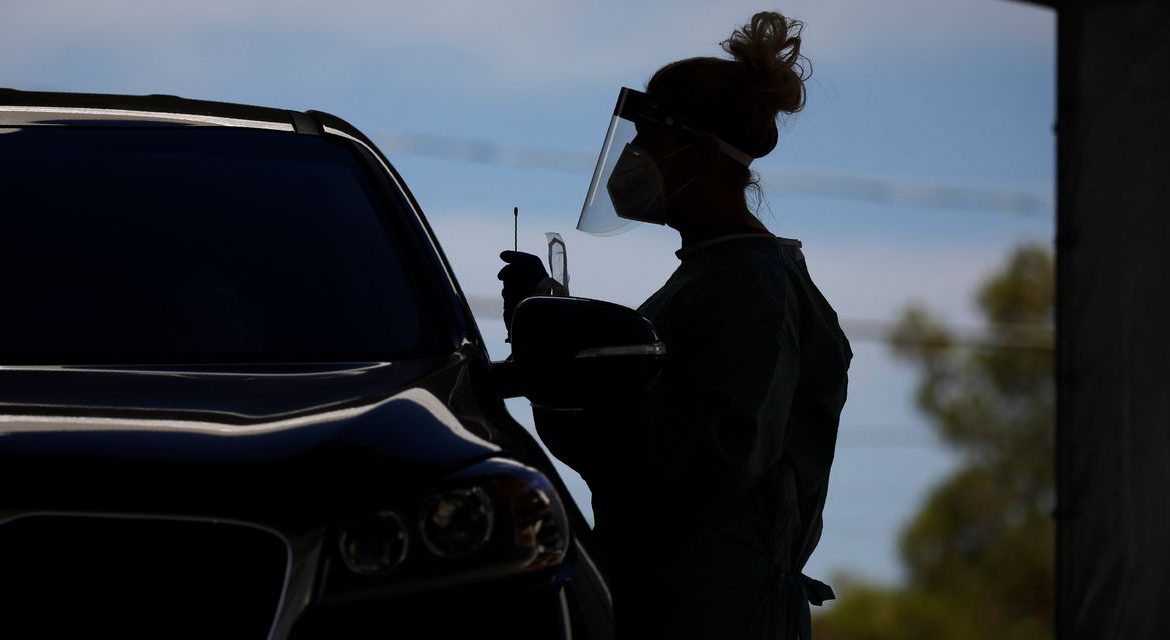 A Nevada man became the first published case of Covid-19 reinfection in the U.S., adding to a growing number of examples world-wide signaling that patients who have recovered from the viral disease might still be at risk of getting it again.

In a paper in the medical journal Lancet Infectious Diseases, a group of authors including University of Nevada researchers recount the case of a 25-year-old who suffered two bouts of Covid-19 infection, one confirmed through testing in mid-April and the second in early June. Symptoms of the second case started in late May, a month after the patient reported his initial symptoms as having resolved.

The two strains of virus were genetically distinct, signaling that it is unlikely that the man simply remained unknowingly infected with the virus in one, longer bout, the authors wrote. The paper notes that the patient’s second case of Covid-19 was more severe than his first, requiring supplemental oxygen and admission to a hospital after he suffered from shortness of breath.

The Nevada case comes after similar reinfection case reports from locations including Hong Kong, the Netherlands, Belgium and Ecuador. The growing number of examples in medical literature bolsters evidence that immunity to SARS-CoV-2, the virus that causes Covid-19, might in at least some cases only last for a limited period, similar to coronaviruses that cause the common cold, researchers said.

“We know that it certainly is in fact possible to be reinfected with this virus, and for the second infection to be as severe, or more severe, than the first one,” said Mark Pandori, an author of the paper who is director of Nevada’s state public health lab and an associate professor at the University of Nevada, Reno School of Medicine. It still isn’t clear how common such reinfections are, he said.

The reports of reinfection imply that it may be challenging to achieve broad population immunity to the new coronavirus without a vaccine, researchers said. “It definitely raises serious concerns that natural cases aren’t going to give us herd immunity,” said Otto Yang, a professor at the Geffen School of Medicine at the University of California, Los Angeles.

The emerging reinfection reports don’t necessarily signal problems for efforts to create an effective vaccine, said Akiko Iwasaki, a professor of immunobiology at Yale University, who wrote a commentary about the new paper. “Just because the natural infection doesn’t give protection doesn’t mean the vaccines cannot,” she said. “It’s a separate issue.”

The authors of the Nevada case study noted that they couldn’t assess the patient’s immune response to the first infection. After his second illness, he did produce antibodies, the paper said. The patient had no known immunological disorders that would hinder his body’s ability to mount a defense against the virus.

“One possibility is that these people did not generate a good immune response after the first infection,” said Dan Barouch, director of the Center for Virology and Vaccine Research at Beth Israel Deaconess Medical Center. However, he said, “that remains to be proven.”

Appeared in the October 13, 2020, print edition as ‘Another Reinfection Case Indicates That Survivors Are at Risk.’